The 13-year-old boy's device is called LifeBoKx. The 'K' stands for his name: Kaial 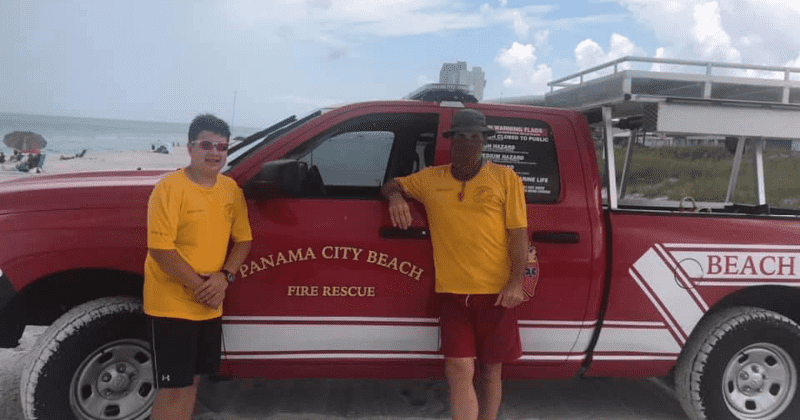 Panama City Beach has seen a number of drownings, and the situation isn't any different for first responders who go out to rescue people. According to a NewsHerald report from August last year, the Gulf of Mexico had taken its 10th drowning victim —setting an all-time high record in the last 15 years even when there were four months left in the year. Another report from WJHG in May this year suggested drowning cases had increased in the wake of the pandemic with nonprofit 'WaterSmart Tots' reporting 12 cases of children drowning in Florida in February and March alone. A certain 13-year-old boy scout couldn't sit idle when so many unnecessary deaths were occurring in his home town and state, and so he decided to make a difference in his community.

Kaial Hajik had heard plenty of cases of people growing in the Gulf and he felt he could change the situation, and so he came up with a prototype for a device he dubbed the LifeBoKx, a kit with life-saving equipment which could be installed along the beach. The name is unique to the product, too, with the 'K' in the title standing for Kaial. Talking to CBS affiliate WECP about his creation and how the idea arrived, he said: "It’s very simple, I would say, but it’s also very important in saving someone’s life. And, I wanted to let people know how to actually save people from those kinds of disasters like either currents or drownings."

Kaial Hajik wanted to do something to help stop drownings near his hometown of Panama City Beach. His LifeBoKx contains life-saving equipment that can be installed along the beach. https://t.co/zi6xS3lxmw

Each LifeBoKx kit contains life vests, a lifesaver, and instructions for CPR. Now, this might make you wonder what's so unique about this product, and therein lies its ingenuity as it comes with a location number, which helps rescuers find people faster by cutting down on the time taken to find them in the first place. Explaining his son's creation, the teen's father, Joe Hajik, said: "I think when he saw the severity of the drownings throughout the year and the data it drove him to like 'I see a need, fill a need." As for the location number, he explained with an example: "When you dial 911 [and say] I'm at life box 66C, they're going to know right away where they're at - between 66 and 67. [This means] faster first response, faster at getting the first responders on-site to save that life."

13-year-old Kaial Hajik wanted to make a difference after hearing about people drowning near his hometown in Panama City Beach, Florida. To help save people from drowning, he created the LifeBoKx. #HelpMakeADifference pic.twitter.com/LyRQBBJtrX

The boy and his father are only getting started and are hopeful that they get to present their life-saving device to their local Optimist Club, which focuses on community service projects, and they take it up to the city council. The duo are working hard to bring the LifeBoKx to the beaches pretty soon. Lumastrobe, the emergency beacon system provider for Hajik's contraption, had also recognized the boy for his inspirational work and have dubbed him the "Customer of the Month." In a Facebook post, the store said: "Lumastrobe would like to recognize Kaial Hajik 13 of Panama City, FL as our customer of the month for his unique and inspirational use of our LX-18 flashing strobe. After hearing of several drownings in the Gulf Of Mexico of not only swimmers but even those who went out to save others, Kaial came up with the idea of a lifesaving alert station or 'LifeBokx.'"