The former couple is currently embroiled in a lengthy custody battle. 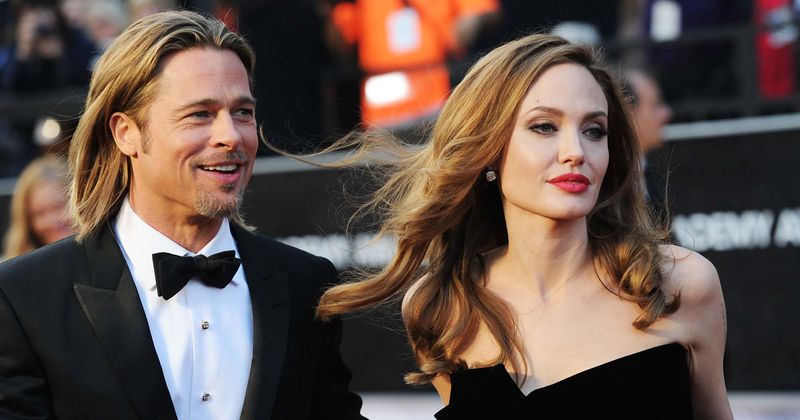 Brad Pitt is apparently 'heartbroken' by Angelina Jolie's 'abuse claim'. The former couple is currently fighting for custody over their children: Maddox, 19, Pax, 17, Zahara, 16, Shiloh, 14, and twins Knox and Vivienne, 12. Jolie was the one to file for divorce from Pitt in 2016 alleging that the latter threatened to attack their eldest son, Maddox, while he was intoxicated. Pitt has admitted to alcohol addiction in the past. A source close to Pitt told PEOPLE at the time, “He takes the matter very seriously and says he did not commit any abuse of his children. It’s unfortunate that people involved are continuing to present him in the worst possible light.” Pitt was later cleared of abuse allegations by the LA County Department of Children and Family Services. During the announcement of their split, Jolie said, “This decision was made for the health of the family.”

The pair split in 2016 but are still embroiled in a bitter separation. https://t.co/LgOxEhCx3o

The Maleficent actress recently submitted a filing that states that she and her kids are willing to offer “proof and authority in support” of abuse claims against the 57-year-old actor. As we reported earlier, Maddox Jolie-Pitt, testified against his father during the custody battle. “Maddox has already given testimony as [an] adult in the ongoing custody dispute and it wasn’t very flattering toward Brad,” a source told Us Weekly. “He doesn’t use Pitt as his last name on documents that aren’t legal and instead uses Jolie. Maddox wants to legally change his last name to Jolie, which Angelina has said she doesn’t support.”

Brad Pitt and His Oldest Son Maddox Jolie-Pitt Reportedly Have No Contact or Relationship Now https://t.co/kD7xjdmJej

According to family law expert and Ideal Legal Group, Inc. founder Evie P. Jeang, “If Angelina has more documentation to prove domestic violence towards her or the children, she can submit it as a supplemental offer to prove in trial" Jeang told Us Weekly, “She can say these are the documentation in addition to what she already presented. This could mean it’s a more recent instance (of domestic violence), or further documentation related to what was presented before.” A source close to Pitt said that the filing was an attempt to “hurt” the actor. “Over the past four and a half years there have been a number of claims made by Angelina that have been reviewed and not substantiated,” the insider said. “The children have been used by Angelina to hurt Brad before and this is more of that behavior. This leaking of documents by her fourth or fifth set of lawyers has been done to hurt Brad.”

In leaked court filings, Angelina Jolie has offered to testify against Brad Pitt in their ongoing divorce, where the question of custody still hangs in the balance. https://t.co/uxUlndl0Vs

According to Page Six, the actor is utterly devastated. A source said, “Brad is heartbroken that Angelina has gone that route. There’s a lot of emotion left after their marriage. He has taken responsibility for his actions and owned up to his past issues, he’s stopped drinking. The marriage was very passionate and toxic at times and — like all couples — they had fights, but also shared many good times together. He has talked about his drink and drug problems during the time they were together." Speaking of the incident that took place on the private jet with his family where he allegedly had an altercation with his son, the source says the actor was never charged. “Brad and his camp have never attacked Angelina. But his camp feels this leak was calculated to sway opinion ahead of the conclusion of their trial,” the source said. “Brad feels like he’s being more and more isolated from his children, and he’s devastated about it.”

As for the couple, they were declared legally divorced in 2019. Pitt told GQ eight months later, “I was really on my back and chained to a system when Child Services was called. And you know, after that, we’ve been able to work together to sort this out,” he explained. “We’re both doing our best. I heard one lawyer say, ‘No one wins in court — it’s just a matter of who gets hurt worse.’"