The post was shared on Reddit where users had a field day ripping and roasting her for her demands. 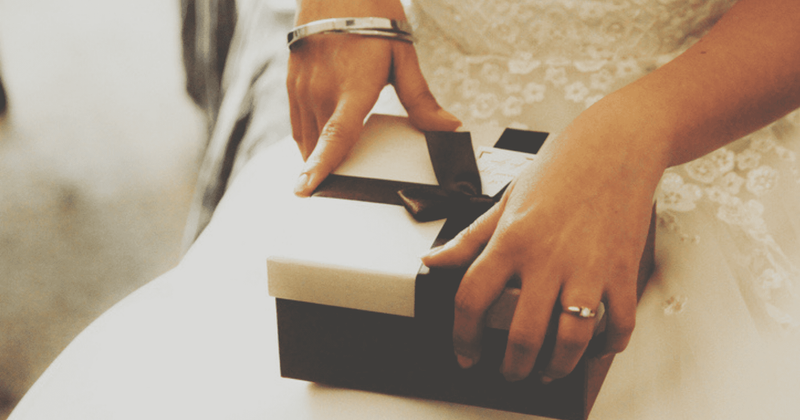 Wedding guests typically gift the groom or the bride with a present to mark the occasion. Typically, the couple tying the knot encourage invitees to gift as they like while a few put up a complete ban on gifting. And then there are bridezillas like this woman who put up a gifting guide telling guests they need to compulsorily spend $400 on gifts. As if that isn't enough, she wants guests to pick and choose from an extensive list of expensive products with NO exceptions whatsoever, Bored Panda reports. The controversial post, which appears to have been posted on Facebook, was shared by Reddit user, Dex Orange County on the sub 'Choosing Beggars', a page where people post pictures, screenshots, and stories of "people being too picky when begging for things".

So far, the post has received over 11.7k and 1.2k comments. In the post that doubles as an RSVP/gift registry, the entitled bride orders prospective guests that they "MUST choose from the registry or consult" with her beforehand. After listing out the products, she appears to display a modicum of self-awareness by saying "there are a lot of things on here" but follows it up demanding everyone to spend "AT LEAST $400". She even offered some an option to go slightly below the limit "as long as you tell me first". Suffice it to say, Redditors had a sound day ripping through the woman's request while some came up with ingenious ideas to get back at her.

Ditto121 commented: "I'd get her $400 worth of bumper stickers." Mortlach78 added: "404 individual 99 cent air fresheners you mean!" Another user pointed out that 404 air fresheners are worth $399.96, so they should probably get it cleared with the bride first. Another user suggested that the guests team up to gift bumper stickers: "I really hope that everyone invited to the wedding thinks the exact same thing so every present they go to open is a bumper sticker or some car item that costs less than $5." A third user quoted a part of her bizarre request, and commented: "I’ll accept slightly lower amounts as long as you tell me first”. Lol. I’m imagining her throwing $300 gift cards back at people, screaming they need to add an additional $100."

One more figured out a loophole in the request and came up with a funny idea. "Anything related to the car"...you f*cked up here," the user wrote, "no price limit on that. you're getting a f*cking leopard print steering wheel cover, a**hole." Responding to the request to buy her a car, one user shared: "Nah, I’m signing up for the car, and finding her a nice $400 one. I’ll make sure to decorate it for the wedding before I put it up on blocks in front of the reception hall." One more joked: "She thinks tile is a stretch but a new car is completely reasonable." A curious crusader said they would donate a $20 gift card to one of the guests and get them to record the woman's reaction. "The world needs to know," they wrote.

Yet another had a cruel plan in place for the woman. "If I had the money to spend, I’d donate $400 in her name to a charity for a cause that specifically annoys the shit out of her," they commented. "Does she hate vegans? PETA just got $400 from her and will be hounding the shit out of her with letters and phone calls asking for further donations for the rest of her life. Can’t stand kids? Children’s hospital it is. I’m sure someone like this is opinionated about something. It would be a great time to find out what."