The 39-year-old has spent the past 13 years living under a conservatorship, and was denied release from it yet again last week. 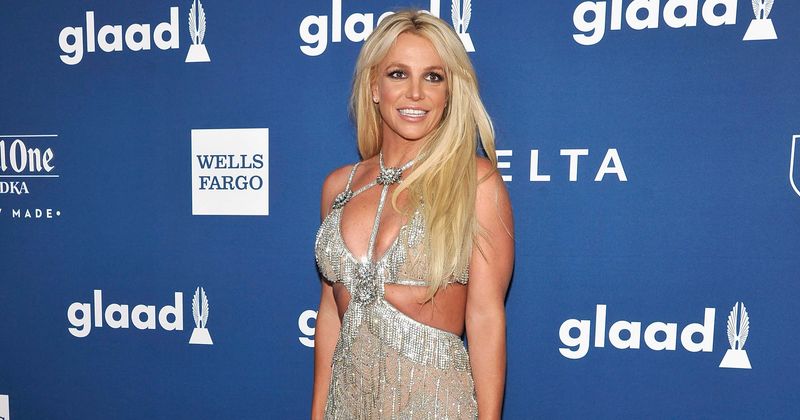 Britney Spears allegedly called 911 to report conservatorship abuse the night before her explosive June 23 testimony, according to a new investigative report by Ronan Farrow and Jia Tolentino in the New Yorker. The records of Spears's call have been sealed due to an ongoing investigation. Farrow and Tolentino pointed out about the phone call aftermath that "members of Spears’s team began texting one another frantically. They were worried about what Spears might say the next day, and they discussed how to prepare in the event that she went rogue."

Britney Spears Called 911 To Report Herself A Victim Of Conservatorship Abusehttps://t.co/AIPcr2B9kw

During the court hearing on June 23, Spears spoke publicly about her conservatorship that she's been in for 13 years. The 39-year-old asked for an open-court hearing. “Somebody’s done a good job at exploiting my life,” she said, adding, “I feel like it should be an open-court hearing—they should listen and hear what I have to say.” “The people who did this to me should not get away,” Spears said. Speaking to the judge directly, she said, “Ma’am, my dad, and anyone involved in this conservatorship, and my management, who played a huge role in punishing me when I said no—Ma’am, they should be in jail.” Spears then went on to describe her ordeal of how she had been medicated, financially exploited, isolated, and emotionally abused.

Spears said that her conservators won't allow her to see a doctor to remove her IUD. https://t.co/kXQzBega2V

According to Variety, her father Jamie Spears has been her co-conservator since 2008 when she went through a very public breakdown. In 2019, he became her sole conservator after attorney Andrew Wallet resigned from his co-conservatorship. According to HuffPost, a conservatorship is  "known in many states as guardianship, is usually reserved for people with a severely diminished capacity to make decisions for themselves." But in cases like that of Britney Spears', the outlet noted that they rarely last this long.

As for the singer's recent 911 call, Farrow and Tolentino joined Good Morning America to discuss their reporting. "She really did describe this in terms of criminal abuse. She said, 'my family members and management involved in the creation of that legal structure should go to jail.' She said this in court. We know this from her and it obviously reinforces that -- it seems, she wanted to create a legal record of that complaint," Farrow said." "We also know from subsequent other publications confirming our reporting on this in the last couple of days that officers were dispatched in that moment. So it seems like we know that testimony emerged from a moment of her being distraught over this arrangement." Farrow added, "what we reveal is other conversations and records at the time show that there were complicated motivations beyond Britney Spears' well-being playing into this."

"Everyone we spoke to agrees that Britney was in genuine crisis in 2008 and her parents were sincerely concerned about her well-being but a change was necessary," Tolentino said. "Because conservatorships involve another person or people maintaining significant daily control over basically all aspects of your personal, medical, and financial life, they are highly vulnerable to abuse even in the types of arrangement they're intended for. Every mistake [Britney] made, made national news and many people we spoke to suspect she had postpartum depression and don't remember anyone speaking to her about it," Tolentino said referencing the singer's struggle with the paparazzi, her divorce, as well as custody of her two sons.

Britney Spears and Kevin Federline have certainly had their ups and downs since splitting in November 2006. https://t.co/RUiDteJDml

The New Yorker piece went on to highlight how the pop star handles her social media accounts. While she does write her own captions, a company that manages her accounts has to approve them first. One team member told the New Yorker that Britney is "not supposed to discuss the conservatorship." In 2012, when Spears was hired as a judge on the TV show The X Factor, people began noticing something different about the star. Billy B., her makeup artist on set, remembered how Spears seemed robotic between the commercial’s takes. She had her “head down in the corner, and she’d just come when she was called,” he said. A producer who’d worked with her since she was in her early twenties said that she was “more distant, less present—there were no more jokes, no laughter. By the end, she was just led into the vocal booth. She never came into the room where we were.” Kim Vo, Spears’s colorist, who went out to dinner with her in 2012 in Las Vegas, said, “We were never alone, never unmonitored.”

Britney Spears' next hearing is scheduled for July 14.

“They made her a zombie.” Dozens of sources reveal how Britney Spears was stripped of her rights, from the ten minute hearing that approved the plan with no questions—and a witness who now regrets it—to a recent 911 call from Spears. With @jiatolentino: https://t.co/eFbljZJ3tY