Brother Of Pilot Who Flew Kobe Bryant, Daughter, Says Their Deaths Was Their Own Fault

The lawsuit claimed that the pilot didn't evaluate weather data prior to taking off and didn't abort the flight. 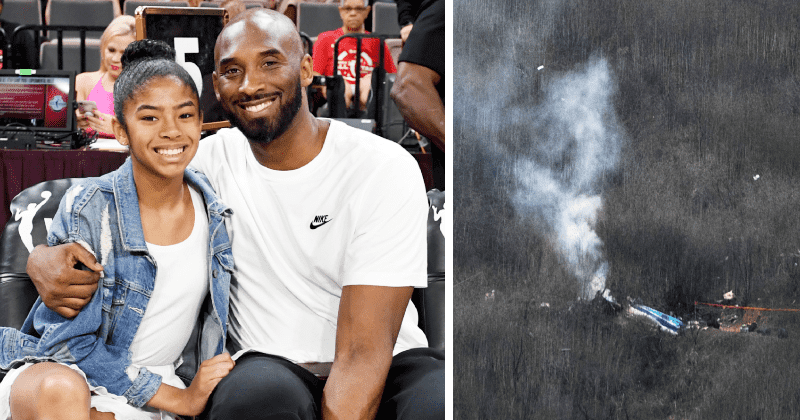 The brother of the pilot involved in the crash that killed nine including Basketball legend Kobe Bryant said the passengers were negligent and at fault, according to court papers.  Berge Zobayan, brother of pilot Ara Zobayan, made the statements in court after his brother was accused of negligence by Vanessa Bryant, the widow of Kobe Bryant. The wrongful death lawsuit was filed by Vanessa accuses Island express, the helicopter company, and Ara Zobayan of negligence reported CNN. The pilot's brother said all the passengers in the helicopter knew the risks involved. Berge Zobayan's attorneys responded to the lawsuit alleging that "any injuries or damages to plaintiffs and/or their decedent was directly caused in full or in part by the negligence or fault of plaintiffs and/or their decedent," according to court documents. Berge Zobayan was listed as a successor in interest for pilot Ara Zobayan.

Berge Zobayan said it was the passengers on the helicopter who called the shots and for this reason, the pilot shouldn't be blamed or labeled negligent. "And that this negligence was a substantial factor in causing their purported damages, for which this answering defendant bears no responsibility," read the response by Berge Zobayan. The attorneys said the pilot should be absolved of any blame as the "negligence, fault or wrongful conduct of third parties, whom this answering defendant neither controlled nor had the right to control." Berge Zobayan's lawyers asked for the case to be dismissed. Ara Zobayan was transporting Kobe Bryant, his daughter, and some friends to the Mamba Sports Academy in Thousand Oaks for a youth basketball game.

Vanessa Bryant's attorney had filed the complaint on February 24, the day a memorial service was being held for Kobe Bryant and their daughter Gianna. The lawsuit accused the helicopter company and the pilot of negligence, claiming it had led to the crash on January 26 in Calabasas, California. "Defendant Island Express Helicopters is vicariously liable for any and all actions of Ara George Zobayan, including his negligent and careless piloting and operation of the subject helicopter, by reason of its principal and agent relationship with Ara George Zobayan," read the lawsuit filed by Vanessa Bryant. The suit said she was seeking general, economic, and punitive damages. The lawsuit accused Zobayan of failing "to properly monitor and assess the weather prior to takeoff," failure to "abort the flight when he knew of the cloudy conditions," and failure to "properly and safely operate the helicopter resulting in a crash."

Vanessa Bryant also claims in the lawsuit that should have required instrument flight rules (IFR) to fly in the horrendous weather conditions on that day. The helicopter was neither licensed nor certified for IFR. The helicopter was only authorized for flights using visual flight rules (VFR). The lawsuit claims that Zobayan had violated weather-related flight rules in 2015 and the company was aware of it. Records show Zobayan admitted his error and said he "was willing to take any other necessary steps toward compliance."

"Mr. Zobayan was counseled on operating in Class B airspace, special VFR weather minimums, proper planning, reviewing weather, and anticipating required action. He was cooperative and receptive to counseling. There are no indications that this is a repeated incident and there are no signs that this incident is a trend with Mr. Zobayan," read the report.

The families of the other victims also filed lawsuits against the helicopter company but none of the others named the pilot Zobayan as a defendant. Families of crash victims Christina Mauser, John Altobelli, his wife Keri, and their daughter, Alyssa, 14, all filed wrongful death claims against the helicopter company. They accused Express Helicopters was negligent and careless of being negligent and careless.