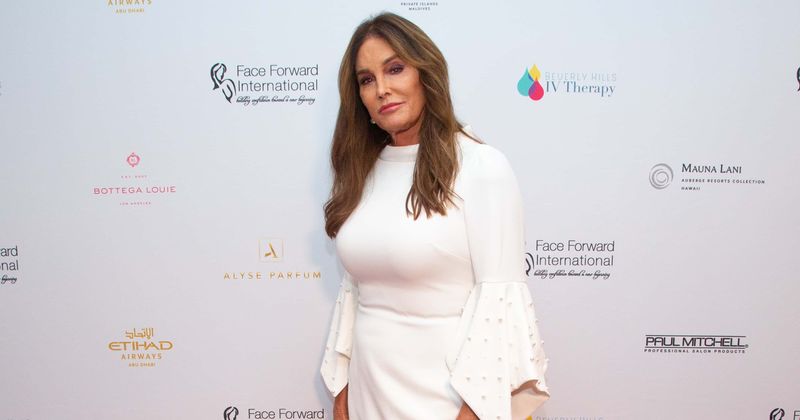 Caitlyn Jenner looks stunning as she celebrates her 71st birthday. Warm wishes flooded in as her daughters and friends took to Instagram to wish the former athlete on her special day. Her daughter, supermodel Kendall shared some sweet throwback pictures on the occasion. Sharing pictures from her childhood she wrote, "Happy birthday dad. Love you." She even shared a picture of Jenner holding up a gold medal that she won in the Olympics calling her a "legend." This was followed by the two riding down Splash Mountain at Disneyland from many years ago.

Jenner's other daughter, Kylie, shared a recent picture and said "'Happy birthday Caitlyn Jenner! Love you so much. #1 Dad!" She also shared a throwback picture of her with Kendall as toddlers along with their dad.

Jenner's stepdaughter, Kim Kardashian West also shared a sweet message on her Insta story. "Happy birthday Caitlyn Jenner I love you forever! You helped raise me into the woman I am today, forever grateful." She wrote the message and shared it along with a stunning picture of the two in white outfits from Oscars night.

Sophia Hutchins, CEO of start-up beauty brand Lumasol, who was rumored to be dating Jenner also posted on social media, “Happy Birthday morning. 71 Caitlyn Jenner Love you.” As for Caitlyn Jenner's other children from her previous marriages, Burt, Brody, Cassandra Marino, and Brandon, there were no public birthday messages.

The former Keeping Up With The Kardashian star’s birthday comes a week after Kim's. Jenner had even shared a picture on Instagram on the occasion with the caption: A great big happy birthday. It has been an honor to have spent the last 30 years with you. To watch you grow as a person, a mother, a wife, and a businesswoman has been the most amazing experience. PS You’re catching up to me!

The reality show stars shot to fame with KUWTK that ran for 20 seasons. The show will be coming to an end soon. Although she is no longer a part of the show, she was emotional that it was coming to an end, according to PEOPLE. "In a lot of ways, it's really sad that it's over with. It was such a great vehicle for my kids," she said. "The good news is, because of this show and because of their willingness to work, not only on the show but as entrepreneurs, certainly everybody is going to be fine from this point on." She added, "For me as a parent, it's really sad."

"It made the family stronger," Jenner said. "I think some of the best conversations I had with my kids, especially Kendall and Kylie as they were growing up because they were so young ... were on the show. The show kind of forced you to deal with a lot of the things that were going on." She said that the show is the "best home movies in life," and said, "I watched all my kids grow up on the network."

In a snippet that was included in the show from 2017, Jenner said, "I just really feel like over the last year and a half we certainly have grown apart. Day after day after month after month, nobody calls, nobody checks in. Just, 'Hey, how are you doing?' I haven't gotten that phone call from anybody". She continued, "You can't help but sit there and think, 'OK, is it because I transitioned? They don't like me anymore?' I want to know what I did wrong, what I didn't do wrong, what I did right, and move forward."