Jenner's concern was to do with the impact the homeless encampments have on the businesses in the area. 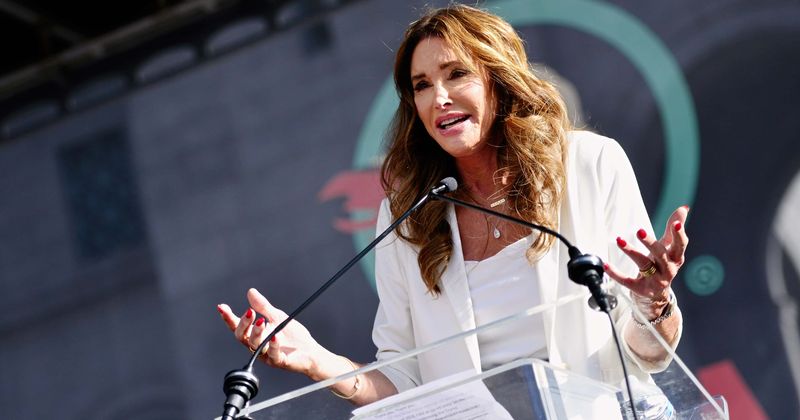 Caitlyn Jenner has been in the news lately for her hot takes after announcing that she was running for governor in the state of California as the Republican candidate. Her latest statement is her damaging stance on how to deal with homelessness. In an exclusive interview with, Inside California Politics of local media KRON 4, Jenner talked about her recent visit to Venice Beach and what she saw there. On seeing the number of homeless people at the popular tourist spot she said, they should be moved to “open fields” instead. Her concern was to do with the impact the homeless encampments have on small businesses.

She wants to do what now? pic.twitter.com/92859yHMGw

“They’re destroying Venice Beach. They’re destroying all the businesses down there,” Jenner said. “They don’t need to be there. The crime rate is going up … it’s mostly homeless-on-homeless murders. We can’t have that in our streets.” As a solution, she suggested that California ought to "clean that place up" and create a "place for those people to go, whether it’s an open field out in someplace, or if you notice at the veteran’s facility, there are these big open fields and a lot of places there.” She said the homeless people can "pitch their tent in the fields" and not "right there in the center."

Recently, Los Angeles County Sheriff Alex Villanueva dispatched deputies to assess the homelessness problem at Venice Beach because of “the failures of local politicians in regard to the homelessness crisis,” reported the Associated Press. There are nearly 60,000 homeless people in LA County. “What we saw was human misery,” Lt. Geff Deedrick, head of the sheriff’s team, stated. “This isn’t a one-size-fits-all issue. These are individual conversations. We need to know who’s here and what their individual needs are.” Jenner's approach to the problem is something that people do not like at all, especially considering her massive accumulation of wealth.

A clip of Jenner's interview was shared on social media and people expressed their displeasure in her statements. One user wrote: I wish Caitlyn Jenner had access to the kind of money it would take to build a shelter for the homeless people in Venice Beach…oh wait! And added, You don’t have to be Governor to donate and help people, Caitlyn…but you don’t want to do that. You’re just disgusted that they are ruining your view. Twitter user Ray pondered, Is Caitlyn Jenner’s entire platform just complaining about homeless people?

Caitlyn Jenner, whose net worth is roughly $100 million, proposed moving homeless people to 'big open fields' out of sight & out of mind from the rest of us. Political cowardice & inhumane disconcern.

Problems are to be solved, not swept under a rug.
https://t.co/67Mano8p8y

She consistently comes for poor people when nobody sent for her!! She wants ALL the smoke apparently..

Wow. Her compassion for destitute people brings a tear to my eye.

The *cheapest* and most humane way to deal with the "problem" is to provide no-strings housing and case management for every single one of them. So maybe that's what she ought to run on.

A high-profile personality like Jenner coming out as trans was thought of as a momentous occasion for many people of the LGBTQ+ community who saw her being accepted, to some extent. But this was a short-lived victory for the LGBTQ+ community in general and the trans community in particular. Even though she publicly opposed the ban on trans military service and access to trans health care, as per Vox, she has made many anti-trans statements that have done more damage than been helpful. Despite her claims that she has been working on overturning the transphobic policies supported by the Republican party, her actions and words have reflected the opposite.