"I think Alan had an idea once it was 'Groaning Pains.' We've actually talked about this so I don't know guys..." 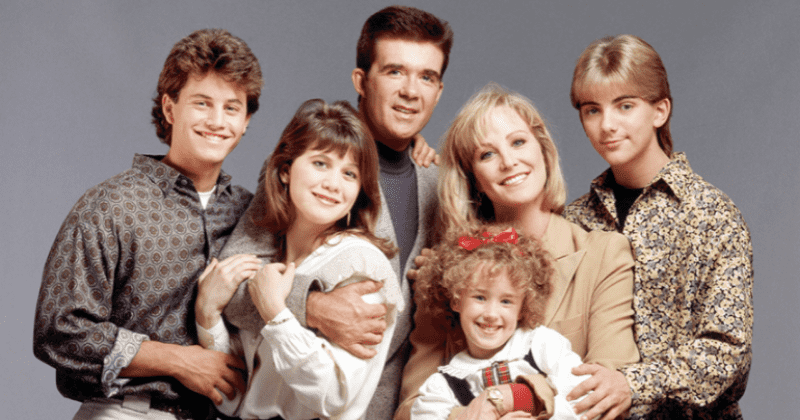 Reunions are always fun, even more so, when it's the cast of your favorite movie or TV show coming together on a public stage. In this case, fans of the hit sitcom Growing Pains will sure enjoy the news as the cast came together to commemorate the 35th anniversary of the show's debut this week. As part of the reunion, the cast held a special virtual coming together and reflected on their many favorite memories from their time on set, reports People. Most of the Seaver family was in attendance, including Kirk Cameron, Joanna Kerns, Jeremy Miller, and Tracey Gold. Alan Thicke, the patriarch of the fictitious family had passed away in 2016.

In an interview with Entertainment Tonight, Kerns pointed out the absence and said: "We're just missing Alan. He always had us laughing, had me laughing. He was one of the most charming men I'd ever met. I think I was a little old for him…But we became really good friends. I saw him a week before he passed." Thicke passed away back in December 2016 when he collapsed while playing a game of hockey with his youngest son, Carter. Doctors diagnosed the cause of death to be due to a "ruptured aorta" and a "standard type A aortic dissection" as per his death certificate. Miller added: "It's been years now and I still reach for the phone occasionally, just thinking, 'I haven't talked to Alan in a while and want to say him. He was a huge part of our lives."

Cameron added that the cast was like a second family to him. "It always felt like I was coming to my second family when we were on the set," Cameron said recalling his time on the sets of the show. The 49-year-old even added that getting advice from the late-actor on how to talk to women led him to his now-wife Chelsea Noble.  "I knew that I had to talk to Chelsea before he talked to Chelsea," he said. "And I'm really glad that I did. It worked out really well for me personally, and here we are 29 years later with six kids." Gold, meanwhile, said: "It's unbelievable, unimaginable. And yet it feels like yesterday in so many ways," as she processed the idea that the show was on air over two decades ago.

As 2020 has seen so many '80s and '90s classics coming back for reunion seasons, questions as to whether the show would come back for another run naturally surfaced with the cast even addressing it. "What would we call it?" Cameron said, as per Today. "I think Alan had an idea once it was 'Groaning Pains.' We've actually talked about this so I don't know guys, I think if we're gonna do this we've gotta do this soon," he said. Gold reiterated the point and said: "I agree, we gotta get on board." The show ran for seven seasons between 1985 to 1992 and had a spectacular 167-episode run and detailed the lives of a home-borne business father, a journalist mother, and their kids as they grew up together. According to Internet Movie Database, the show received Three Golden Globe Nominations and five Prime Time Emmy nominations, winning two Emmy in the process in 1991. In total, the show won over 16 awards and 23 nominations on a variety of acting, directing, and backroom staff categories.