trending celebrity people lifestyle news animals
Catholic Priest Explains What It Really Means To Be 'Pro-Life'. It's Different From What We've Heard Before

Catholic Priest Explains What It Really Means To Be 'Pro-Life'. It's Different From What We've Heard Before

Father James Martin, a Jesuit priest, and writer and editor at a Jesuit magazine, has often expressed his ideas on the matter. 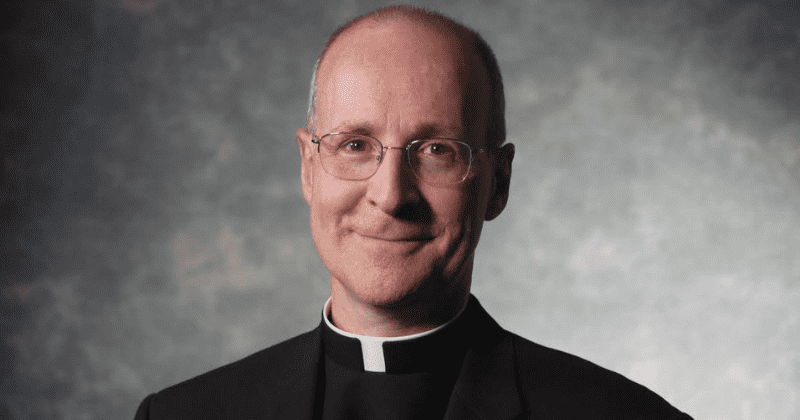 Christianity and the concept of abortion have always been at loggerheads. But one Catholic priest's view on what it means to be pro-life has been winning the internet. While he does not support abortion, he says there are far greater pro-life issues that need more of our attention, and most conversations on the topic are only centered around "the unborn." In a video where he shares his thoughts on the issue, Father James Martin, a consultor to the Dicastery for Communication at The Vatican and a Jesuit priest, author, and editor at large at 'America,' a Jesuit magazine, said, "Some people believe that being pro-life means being someone who reverences the unborn child in the womb, and that's true, and I do. But to be truly pro-life means to reverence all human life." According to him, pro-life really means to be equally concerned about the "Black man or woman fearing for their lives," and the "...refugee or migrant who are desperate to save the lives of their children...the LGBT teen who is tempted to take their life because of bullying, harassment or violence."

The meaning also subsumes the homeless and, "...the inmate on death row whose life is about to be taken," Martin said while adding, "All these lives are precious, scared, and holy. And all these issues — racism, refugees, homelessness, LGBT issues, the death penalty — are also life and death issues." The problem, Martin said, was that "the term pro-life is it is used just to talk about the unborn. But pro-life means being all pro-life, not just pro-some lives because all lives are sacred and that's why I'm pro-life." Father Martin has expressed and elaborated on such ideas before in his magazine.

In an article in 2019, he wrote people were surprised about his pro-life ideas. "Maybe because I also advocate for refugees and migrants, L.G.B.T. people and the environment—causes usually championed by those who identify as politically progressive—some people tell me that they wonder about the sincerity of my public comments in support of unborn children. By the same token, others with whom I share common ground on a variety of social justice issues often express discomfort, disappointment and even anger when I use the phrase “pro-life,” he stated. Father Martin also made it clear his belief in the subject is more "as a profession of faith than as a political argument." He acknowledged that as a priest he could never know the ups and downs of parenthood or the challenges of motherhood.

Father James Martin: Why I Am Pro-Life | America Magazine ( and Pro LGBT) https://t.co/vfGZyZws38

Martin was firm that he would "never have to make a decision about an abortion and someone in a position of some power in the church...And I recognize that many women consider it offensive to hear this from a man—because they have told me." He added further,  "Many women whom I love, respect and admire support abortion rights and see these rights as a constitutive part of their authority over their own bodies. And who can doubt that over the centuries, women have been dominated and abused by men—even men responsible for providing them with legal, pastoral and medical care? But acknowledging that women’s bodies are their own does not diminish my own reverence for the living body in a woman’s womb."

He stated further, "Thus, I cannot deny that I see the child in the womb, from the moment of his or her conception, as a creation of God, deserving of our respect, protection and love. Mysterious, precious, unique, infinite, made in the image and likeness of God. Holy. And my respect for life extends to life at every stage, a feeling that has only grown through my experiences in various ministries during my 30 years as a Jesuit—for example, with refugees." Father Martin highlighted his ideas are often referred to as the “consistent ethic of life,” which means "our witness for social justice and in defense of all life is strengthened when we base it clearly and consistently on the recognition of the dignity of every human life at every stage."