CEO Took A 90% Paycut To Gave His Employees $70K Minimum Wage, Today The Company Is Thriving

Dan Price's company is thriving and he is hoping to inspire other leaders to take the plunge. 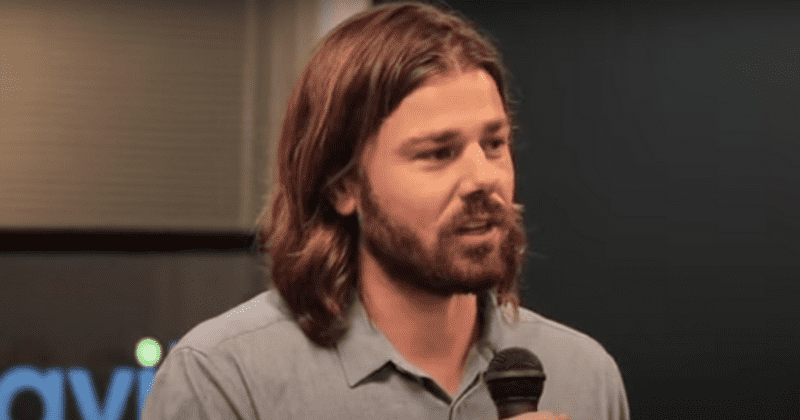 Back in 2015, Gravity Payments CEO Dan Price said something that shocked many people. Even his own employees. He raised the salaries of his employees up to a minimum of $70,000 per year. In the process, he announced he cut his own $1 million salary by 90%.

The credit card processing company's CEO received criticism and skepticism for the move. But 6 years later, he shared that his company's revenue has tripled since he made the move. On Tuesday, he tweeted: 6 years ago today I raised my company's min wage to $70k. Fox News called me a socialist whose employees would be on bread lines. Since then our revenue tripled, we're a Harvard Business School case study & our employees had a 10x boom in homes bought. Always invest in people.

A study from the Economic Policy Institute noted that CEOs in the United States typically make 320 times as much as their workers! Most of the top bosses would receive lucrative salaries averaging $21.3 million a year as of 2019. As for Price, not only has the move has been good for business but those who work for him too. "More importantly, our staff and company are thriving in various ways," Price told PEOPLE. "[We have a] 10-time increase in new homes bought and babies born. Employees have increased savings and paid down debts."

If wages increase across the board in the USA for workers, they will be more productive and our economy will be better off

Price shared a few of the clips in a video on social media of those who expected his move to fail horribly, particularly Fox News pundits who called him a socialist and predicted his employees would end up in "the welfare line." "There are still people all over the world who believed we failed because we've been barraged with the scam of trickle-down economics," Price said, referencing the economic theory that reducing taxes on business and the wealthy will benefit the whole of society in the long term.

When I've been on Fox News, the production assistants who led me through backstage confided they were making min wage and struggling to get by in NYC. I asked the hosts (who make seven figures and laughed at me on air) to talk about their workers' pay on air. They always said no.

Elaborating how his scheme has been working over the year, the 36-year-old tweeted: After our $70k min wage: 76 percent of employees are engaged at work—2x the national average, customer attrition fell to 25 percent below [national] average, we expanded to a new Boise office & enacted $70k min wage there, our highest-paid employee makes 4x our lowest-paid employee—down from 33x. We started our $70k min wage with about 130 employees in Seattle. It worked so well we expanded it to a new Boise office, where the cost of living is lower but people deserve good pay all the same. We now have about 200 employees.

According to HuffPost, Price has been hailed as a success by Harvard Business School andInc. magazine, which noted the number of employees at his company has doubled while the value of payments that the company processes have gone from $3.8 billion a year to $10.2 billion. What inspired his decision to cut his own salary to $70,000 a year and raise pay for workers? He said that he found out one employee was secretly working a second job at McDonald’s. The fact this employee had to work another job made him realize he was an “awful CEO.”

That's when he decided to make amends. And despite taking a drastic pay cut, Price said he doesn’t miss the “millionaire lifestyle” one bit.  Now, Price is hoping to inspire other leaders to take the plunge. "It was important not only to share how we are doing but also how we all need to be skeptical of what we hear on TV and read online," Price said. "The B.S. detector needs to be on full force knowing that these false economic narratives that benefit the rich need to be defeated by all of us."

I made a lot of personal changes. But I still had savings and made a fair salary. I don't miss anything about the millionaire lifestyle. Money buys happiness when it gets you out of poverty but not when it gets you from well-off to very well-off.