Three-year-old Rylee Rose Black was locked inside her mother's car for more than 5 hours as the scorching sun raised the temperature to nearly 90 degrees Fahrenheit. 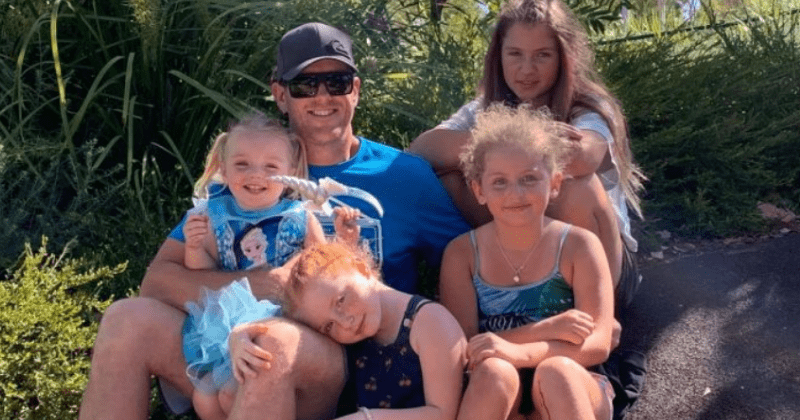 In yet another tragic fatality of dehydration and suffocation, a child has died after being left inside a hot car. Three-year-old Rylee Rose Black, from Queensland, Australia, was locked inside her mother's car for more than five hours on Friday before finally losing consciousness. Police have been investigating the incident and are yet to release more details about why the child was apparently forgotten inside the car. The family's neighbors and friends continue to remain shocked by how it could have ever happened, 7 News reports.

Lawyers for the pair have visited them in the Watchouse. pic.twitter.com/g2WP85tcrI

The day, as it happened, started out like any other one, with the morning school run. Rylee was going along for the ride when her mother Laura Black, 37, and her 29-year-old boyfriend, Aaron Hill, to drop off Rylee's three older sisters at school. By about 9 in the morning, Black had returned to her Townsville home and parked her Toyota Prado in the driveway. This was when things appeared to have gone terribly wrong. In an unfathomable mistake, the mother and her boyfriend headed inside without Rylee. The couple had reportedly been arguing on the way home from school. At some point, the toddler had been sitting in the backseat, according to the Townsville Bulletin.

This is Rylee Rose Black, the toddler left in a scorching hot car in Townsville. Tonight Rylee's mother and her partner are behind bars, charged over her death. @maya_fellows9 reports in @9NewsQueensland at 6pm pic.twitter.com/OnuoMCFHmd

Initial reports did not clearly state whether Black initially intended to return for the child after unloading the stuff from their car, or if she had simply forgotten that her daughter was still back there. Regardless, Rylee was alone in the vehicle for five long hours, as the scorching sun raised the temperature to nearly 90 degrees Fahrenheit. By the time they discovered the toddler around 3 pm, it was too late as she had already lost consciousness. The little girl was found slumped over in her booster seat by her mother. Black had allegedly been heading out to pick up her other daughters from school when she suddenly realized Rylee had been left in the car all day.

#BREAKING: Police are appealing for dashcam footage from the following locations and specified times in Townsville on Friday, as investigations into the sudden death of 3y/o Rylee Rose Black continue. @WINNews_TVL @10NewsFirstQLD https://t.co/RSRIGetMFT pic.twitter.com/siSuxvZHyi

Local police officers have since taken both Black and Hill into custody, charging them with manslaughter. The couple was in jail for the rest of the weekend but were granted bail on Monday morning and released. According to reports, they had only moved in together two weeks ago but will now live separately as they await their trials. As word of this shocking incident spread through the region of Queensland, a lot of questions were raised. The most important one being how the mother and her partner could both forget that the child was in the backseat of the car. And even if they had failed to notice that initially, how could they not look for her over the next five hours before she died.

In an even more shocking revelation, police prosecutor Tasman Murphy stated that the couple was allegedly binge-watching a Netflix show for hours on end. "They turned around and seen the victim child’s head slumped over … removed her from her booster seat to attempt CPR," Murphy relayed to reporters. But no amount of life-saving measures would help, and although the panicked mother dialed 911 immediately, the toddler could not be revived. "Some people don't deserve to have children," one person tweeted, after hearing the news. "Unless one do not have the mental capability, no excuse is good enough to explain the death of this young and innocent soul."  Another person commented, "Heartbreaking, so needless. My heart goes out to the father and extended family of this little one."

#BREAKING: A 37 y/o Townsville mother and her 29 y/o boyfriend, charged with manslaughter over the death of 3 y/o Rylee Rose Black, who was allegedly left in a scorching car for hours on Friday, have been granted bail in Townsville Magistrates Court. @WINNews_TVL pic.twitter.com/7GbEnzv2PV

"Dear little Rylee Rose grew her angel wings on Friday 27th November 2020," read a GoFundMe page, which was set up by family friends. "She leaves behind her loving, devoted, and devastated father Pete and her four older sisters.  We are seeking your support to help this loving family get through this tragic time.  No one should experience a loss like this."

A court heard the mother of Rylee Rose Black and her boyfriend were binge watching a TV series while the child was locked in a hot car, where they later found her dead.

Laura Peverill and Aaron Hill have been granted bail after being charged with manslaughter. #9News pic.twitter.com/cOie0wF1tB