Childless Couple Has 7-Year-Old Gang-Raped, Killed So They Can Eat Her Liver In 'Occult' Ritual

The 7-year-old girl had stepped out to buy crackers to celebrate Diwali when the two men killed her. 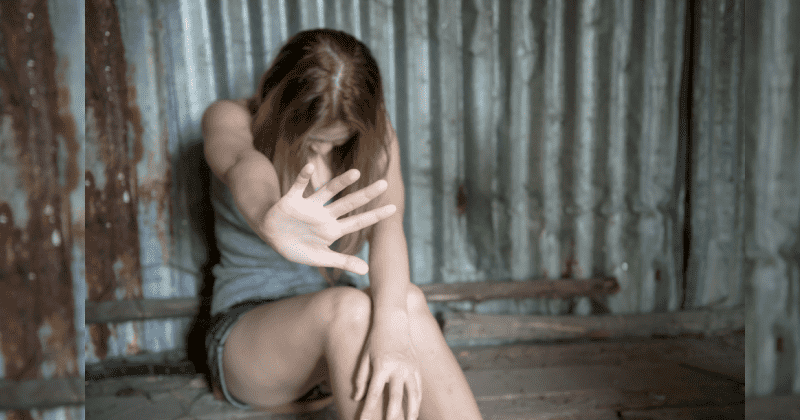 A 7-year-old girl was gang-raped and killed at the behest of a childless couple as part of an alleged occult ritual in the hope of having a child of their own. The childless couple had reportedly paid their nephew to rape the girl and kill her before bringing her liver to them so they could eat it. The incident occurred in Uttar Pradesh in India where the authorities claim the murder was part of an occult ritual that occurred on the festival of Diwali, reported India Today. Four people have been arrested for the heinous crime including the childless couple. Ankul Kuril, 20, and Beeran, 30 — the two suspects — reportedly lured the victim away from the village as she had stepped out to buy firecrackers to celebrate the festival of Diwali, on November 14.

The suspects then allegedly tied the girl before gang-raping her. They proceeded to kill her before cutting out her organs from her body and taking to the childless couple — Parshuram Kuril and his wife Sunaina. Ankul Kuril is Parshuram Kuril's nephew. The authorities said Ankul and Beeran had confessed to receiving money — $20 — from Parshuram for bringing the victim’s liver for a “black magic” ceremony. “The uncle and his wife said they were unable to have a child since their wedding in 1999 and believed that eating the girl’s liver will help them have a child. Both men were inebriated – they took the girl, sexually assaulted her before cutting her body open and bringing her liver to their uncle,” Superintendent of Police Brijesh Srivastava told local media, reported The Sun.

After realizing the girl was missing, her relatives and other members of the community searched for her through the night but couldn't find her. Her remains were found near her home by her parents and neighbors the following morning. “On Diwali night, the girl went missing while playing outside her home. Local residents and the police looked for her but could not find her through the night," said Deputy Inspector General of Police Preetinder Singh. "Next morning, her mutilated body was found around a kilometer from the village near a jungle. Senior officers, along with forensic teams and dog squad, visited the spot and later we found that two youths from the neighborhood had abducted the girl on the pretext of giving her a packet of potato chips,” added Singh. Charges filed include murder, gang rape, and destruction of evidence. Deputy Inspector General of Police Preetinder Singh said forensic experts and sniffer dogs were working to determine if the child was killed as part of a black magic ritual.

Chief Minister of Uttar Pradesh Yogi Adityanath has promised to take severe action against the perpetrators of the heinous crime but the state government has a history of not enforcing the law. Recently, a 20-year-old woman was gang-raped and killed by four men in Uttar Pradesh's Hathras. Not only did the state machinery not act swiftly to arrest the victims, but they also refused to hand over the remains of the woman to her parents. The cops forcibly cremated the woman to destroy evidence even as journalists stood by live-streaming the horrific incident. The cops also arrested journalists who went to report on the incident, who continue to languish in jail. The journalists were charged with under the anti-terror law UAPA or the Unlawful Activities (Prevention) Act by the Yogi Adityanath government, reported NDTV. The state also topped the list of crimes against women in the country, according to a report by The Hindu. Of the 3,59,849 cases of crime against women that were reported in the country, Uttar Pradesh topped the list with 56,011 cases.