trending celebrity people lifestyle news animals
Timmothy Pitzen Has Been Missing For Over 9 Years, But His Father Believes He's Still Out There Alive

Timmothy Pitzen Has Been Missing For Over 9 Years, But His Father Believes He's Still Out There Alive

Amy Fry-Pitzen loved her son Timmothy more than anything and that's why her husband and the boy's father, Jim believes he is still alive. 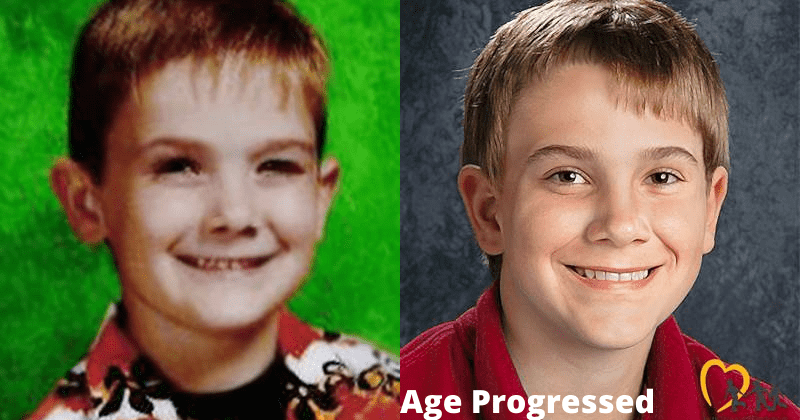 Trigger warning: The story contains a reference to suicide and self-harm that readers may find distressing.

It's been over 9 years since 6-year-old Timmothy Pitzen disappeared. His baffling case has garnered renewed attention after it was examined on an episode of the HLN Original Series Real Life Nightmare which aired recently. Authorities continue to follow up on leads in the hopes of finding the boy even to this day, but it looks like his late mother's sinister claims might be true after all. Amy Fry-Pitzen had left a suicide note which read: "You will never find him." That being said, the child's family has not given hope yet and they still look forward to the day their beloved Timmothy would return home. "My son is still out there somewhere needing to come home to his family," said the boy's father Jim Pitzen.

Sunday night at 10 ET/PT on HLN: Six-year-old Timmothy Pitzen vanishes after a 3-day trip to waterparks and the zoo with his mom. In a terrifying twist, his mom is found dead in a motel room with a disturbing note by her side: https://t.co/yWXYYrH6mX. #RealLIfeNightmare pic.twitter.com/R8MqyoDzpX

So, what led to the disappearance of Timmothy, a child who was described as happy, extroverted, energetic, and playful? On May 11, 2011, Jim had dropped off his son at Greenman Elementary School in Aurora. Jim recalls his son running towards his kindergarten teacher with a Spider-Man backpack swinging in "this little waddle run, like a chubby old man," after saying goodbye. Little did he know that it would be the last time he sees his son. "I told him I loved him and to be good. And then he was gone," he told PEOPLE.

The same day Jim's wife, Amy arrived at the school thirty minutes later and picked up Timmothy citing a family emergency. Footage shows the mom leaving with the 6-year-old around 8:30 am. At the time, Timmothy's parents were going through a rough patch and thus Jim was not aware that his son had already left. When he arrived at the school to pick up his son, he was shocked to learn that the 6-year-old had already left with his mom, per an interview with True Crime Daily. The father naturally began worrying when he could not get in touch with her over calls, which went straight to voice mail. After checking her house and workplace, Jim reported the two missing on the morning of May 12, 2011.

Timmothy Pitzen, of Aurora, vanished while on a road trip with his mother in 2011 when he was 6 years old. A new episode of HLN's "Real Life Nightmare" revisits the case. https://t.co/MOgsol6zjo

Although Amy did not respond to Jim's calls, she did speak to her mother and told her that she needed some space. She assured her that they would be home in a day or two and even called up Jim's brother to say everything was fine but mentioned, "Timmothy belongs to me." Unsure of their whereabouts, the boy's family began looking for him frantically. Meanwhile, the mother and son duo were enjoying a vacation. According to Cincinnati.com, the two visited a zoo near Chicago, stopped at a waterpark in Gurnee, Illinois, before retiring at a resort in Wisconsin.

Surveillance footage shows Timmothy happily playing with a toy and didn't seem to be in any form of distress. The boy was last captured on security cameras at about 10 am on May 13, 2011, after they had checked out of the Kalahari resort in Wisconsin. Following this, Amy was spotted at a grocery store in Rockford, Illinois, a little after 8 pm, without her son, and the same night she checked into a hotel around 11:15 pm. The next morning, a housekeeper found her dead in the room. Police say a lethal dose of drugs was found in her system and that she had cuts on her neck and wrists which appeared to be self-inflicted.

The suicide note found in the room said that Timmothy was "safe" with people who would love and care for him. Amy, who had been divorced thrice before, had previously survived an attempted suicide and had been on depression medication at the time. There were talks of splitting up and the two had been arguing before their son's disappearance, says Jim. She allegedly went on a cruise with a friend for her birthday, leaving her husband behind. Family and friends close to late mother speculated that Amy's actions might have had something to do with Jim getting the custody of Timmothy if she divorced him due to her history of mental illness, reports CNN.

Despite the best efforts of authorities, they weren't able to find the boy, But Jim believes that his son's alive because "she (Amy) loved that little guy so much. I can’t see her killing him. I just can’t." He has also been building a treehouse for his son with that hope. What Jim is still unable to understand is why Timmothy hasn't tried to reach out for help and what Amy may have told him shortly before her death. Jim told PEOPLE that their son had been taught how to call 911 and even given an identification card, which contained his name, picture, and fingerprint as a measure to find him if he ever got lost. Unfortunately, the identification card was found in the room where Amy was said to have died by suicide.

Disclaimer: Anyone with information about Timmothy or any other missing child is urged to alert the National Center for Missing & Exploited Children at 1-800-THE LOST.

If you or anyone you know is struggling with suicidal ideations, check out resources on this website.