The fast food chain has increased its education program outlay and is working towards retaining people in the company for longer years. 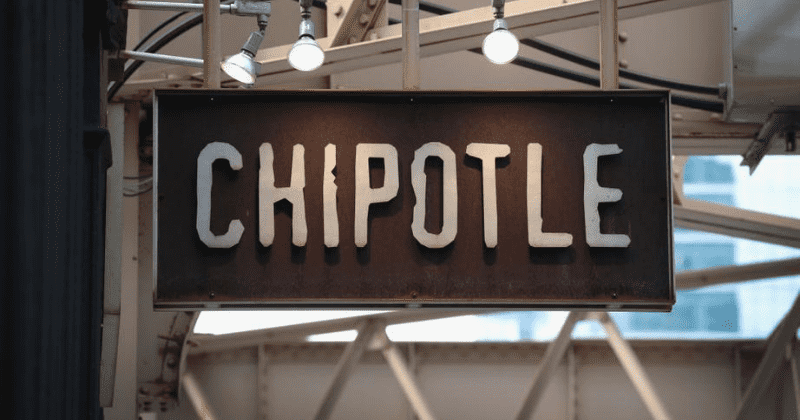 Chipotle is one of the biggest Mexican fast-food chains in the United States and on October 15, 2019, it announced a landmark move —to expand its education benefits program wherein it will provide its employees a chance to earn a degree in 75 different business and technology streams, for free. According to CNBC, the novel initiative will cover 100% of tuition costs and would allow eligible employees to earn an associate or bachelor's degree in a variety of fields—including cybersecurity and supply chain logistics, among several others—from Bellevue University, University of Arizona, Bellevue University, Brandman University, Southern New Hampshire University, and Wilmington University.

Chipotle expands education benefit to include 100 percent of tuition on business, technology degreeshttps://t.co/d2Aq1Tm7df

The only requirement is that employees must have worked at the company for at least 120 days and work at least 15 hours or two to three shifts per week. The food chain has come up with the program in partnership with Guild Education, which is a tuition reimbursement and education company with a track record of having worked with Disney Walmart, Taco Bell, and Lowe's. This comes after Walmart had announced a similar partnership with Guild in 2018 allowing nearly 1.4 million of its employees to earn degrees in business or supply chain management from the University of Florida, Brandman University, and Bellevue University. Walmart has since expanded these benefits to include more than 50 programs.

Speaking to CNBC Make It, Marissa Andrada, chief people officer at Chipotle, said: "What’s different with us is we’ve decided to pivot and focus, for now, on business and technology degrees." The move makes a huge sense as Andrada explained, "If you think about those two spaces, it really plays into our growth plan for not only the company but our growth plan for our employees." She continued that the initiative will help the company's profits as well as the employees. "It’s not only the right thing to do, to take care of people, but it also makes good business sense," after presenting stats regarding advanced degrees and increased lifetime earnings. In a business space where retain employees prove challenging, Chipotle states that it now boasts 90% higher retention rates among employees who take part in the program.

Meanwhile, Daniel Zhao, senior economist at Glassdoor who studies wages and benefits said healthcare and retirement plans are the most desired benefits among workers while stating and said there was an uptick in benefits like those offered by Chipotle. Zhao said: "Anecdotally, we’ve certainly heard more companies advertising these kinds of benefits and pushing them. It’s consistent with the state of the labor market right now. These new benefits show that employers are feeling the pressure of a tight labor market and are expanding benefits and experimenting with new ways to attract workers."

The program also allows employees to seek up to $5,250 in tuition assistance if they opt for degrees besides the program offered by Guild with the company spending over $20 over the last two years on the program. “We employ 80,000 people ... we have the opportunity to really shape the economy", Andrada said. "At the end of the day, we have 2,600-plus restaurants, and they’ve all got to run really well. And at the core of it is people. I don’t think a higher wage will buy you that. Employees don't want mere pay if they want to commit themselves to a company she continues. "People do want a fair wage and we know we’re paying that. They want to work for a manager and companies that invest in their growth and development. And I think that’s different than ‘I’m just going to pay you a dollar more."