Chris Watts, Who Killed Pregnant Wife And Two Daughters, Is Getting Romantic Letters In Jail

A Denver Post report even published a few of the letters he has received, including one from a 29-year-old New York-based woman named Tatiana. 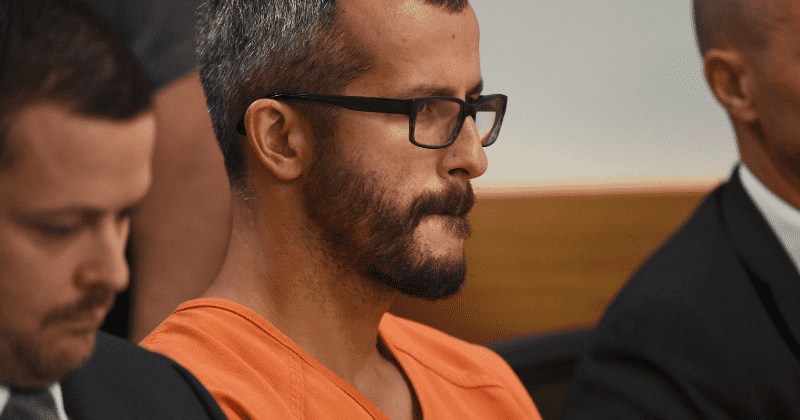 Chris Watts, the infamous face behind the Netflix true-crime documentary American Crime: The Family Next Door is reportedly spending his days in prison receiving letters from women all over the country.  Watts was sentenced to life after he murdered his pregnant wife and two daughters became the subject of a series on the streaming giant. Now, he's become a little too popular with women who seem to be smitten by his "good looks", . According to a PEOPLE exclusive, a source revealed: "He got a lot of letters at first. Many of them are from women who thought he was handsome and felt compassion for him. He had nothing better to do, so he wrote them back. And he started having penpals. A couple of them stood out, and they've kept in contact." This naturally begs the question: aren't the women repelled by the heinous nature of Watts' crimes? The source says they aren't. "Believe it or not, no," they said. "They have compassion on him, despite what he did."

Watts strangled his wife Shannan to death in their Colorado home on August 13, 2018, before driving her body to a job site at the oil company he was working at. He then disposed of the woman's body before smothering his daughters - Bella, 4, and Celeste, 3. He soon pleaded guilty to the murders and the judge handed him a life sentence. As per authorities, Watts is said to have committed the crime because he was having an affair with a co-worker who supposedly thought he was separated. Days prior to the killings, Watts' wife reportedly reached out to a friend and shared her concerns about their marriage, but never once suspected that her life would be in danger.

35-year-old Watts is now at the Dodge Correctional Institution, a maximum-security prison in Waupun, Wisconsin prison with a Bible and a few family pictures in his cell after being transferred from Colorado. The source has also stated that Watts began receiving a lot of mail days after the release of the Netflix documentary on September 30. Although the source didn't give an exact number on how many letters Watts has been receiving, they did say it was "more than 10." Not all of them have been friendly, however, the source noted. "Some of the letters are angry. A lot of them are from people of faith who want to pray for him." There are a few who write to get involved with him romantically. "But then he gets letters from women who want to connect with him, you know, romantically. He responds because he doesn't have anything better to do."

Denver Post even published a few of the letters he has received, including one from a 29-year-old New York-based woman named Tatiana.  "Greetings from New York, Chris!" the woman sent on August 23, days after he admitted to his crimes. "I found myself thinking a lot about you. I figured life is too short to hold back . . . so here I am!" She even enclosed a picture of her in a bikini along with the letter so that he could put a face to the name. "So you can place a face to the words. I know what you look like so I thought I’d make it fair," she reportedly wrote. "I hope I’ve put a smile on your face." The woman is one of at least four more who have written to the killer. Watts is serving his time in protective custody and leaves his cell for only an hour a day for exercise and showers. He is not eligible for parole.

What in the world is wrong with these women? I would write Chris Watts a letter but there wouldn't be any love in it.. WTF really??? https://t.co/uYxdbyH27U