All splash pads in the city of Arlington will remain closed for the remainder of the year. 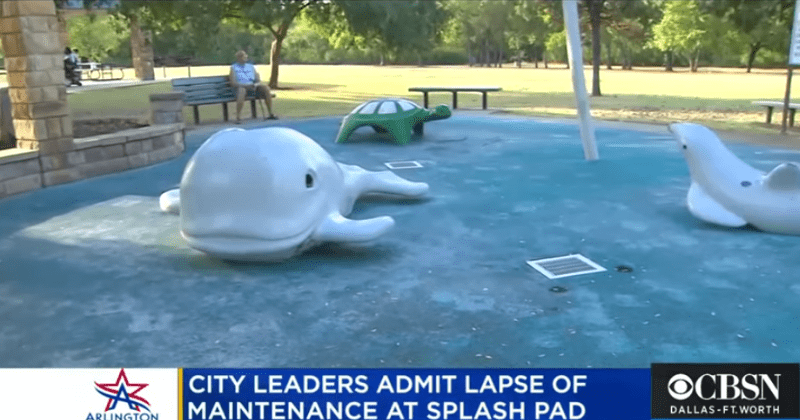 A young boy in Texas has tragically died after reportedly contracting brain-eating amoeba while playing at a splash pad at an Arlington park. In a statement regarding the incident, officials revealed that the boy was hospitalized at the Cook Children’s Hospital with the rare parasite on September 5. Six later, he passed away at the hospital. The child remains unidentified and no other details about him have been released as of now. When county health officials were made aware of the boy's sickness, they immediately tested the water at the boy's family home and the splash pad situated at the Don Misenhimer Park.

The results determined the presence of brain-eating amoeba, which is formally known as N. fowleri ameba, in the water of the splash pad. It's likely that the late youngster was exposed to it while playing there. The amoeba was also found in the pad's underground water storage tank and the pad's surface nozzles. "This organism likes warm moist environments like hot water," explained  Tarrant County Public Health Chief Epidemiologist Russ Jones. "So it gets access to the brain and starts feeding." Per Fox 4 News, there has been 34 cased of naegleria fowleri infection reported in the U.S. between 2010 to 2019 to the CDC. As for Jones, he recalls witnessing four such cases of freshwater organism infection in his 40 years.

However, he noted that they are rare but fatal. "Generally, unchlorinated water that has organic material, that is where you usually see it," he said. According to PEOPLE, Arlington shut down the Don Misenhimer splash pad soon after learning about the boy's illness. To avoid any such incidents, they have decided to keep all city splash pads shut until the end of this year "out of an abundance of caution." While being questioned about the maintenance of the water present in the pads, the city admitted they had not been maintaining them properly and noted that the parks and recreation department staff also did not carry out the required daily water quality testing or keep a record of it. It was the same for the Beacon Recreation Center.

Apparently, the logs "did not always show how much disinfectant chemical was manually added to the splash pad's water system," said the city, adding that it often lacked confirmation about it being "correctly chlorinated." As for the day after the child visited the splash pad, the log "shows that the chlorination level had fallen below the minimum requirement and that additional chlorine was added to the water system." During this period of the inconsistency of the logs, the boy visited the pad thrice in late August and early September. Deputy city manager for the city of Arlington, Lemuel Randolph, told Fox 4, "To know that there is a role that the city may have played in that is highly disturbing."

Randolph revealed that employees involved in this matter will remain employed until the review process is complete. "We have all the confidence through the testing that was done that there was no way that that water within the tank for the splash pad to get in the public water system," he added. Moreover, the city has assured everyone that the CDC has deemed its water system safe from any amoeba. Arlington city officials explained that the backflow preventers separated the splash pad storage tanks from public water. Arlington Mayor Jim Ross has since spoken to the boy's grieving family and expressed his apologies regarding the incident. "This is bad. Nothing is worse than the loss of a child," said Ross. "But I was raised to own it."