The families had already paid for the dress, church, food and DJ 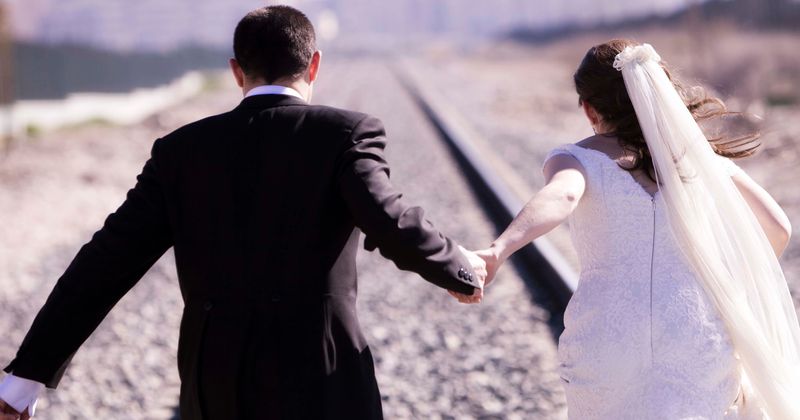 While most people assume every couple wants a big ol' grand wedding, this isn't always the case. There ARE some couples who prefer tying the knot more privately and don't always want to opt for a traditional wedding to celebrate their union. But what would you do if you're family surprised you with a wedding you never wanted in the first place? One couple found themselves in such a predicament. Redditor ThrowAway_pluckytoad turned to the Am I the A**hole (AITA) subReddit and asked if they were in the wrong for leaving the surprise wedding their family planned for them.

They wrote: I (M29) have been with my gf (F29) for about 6 years. We love each other very much and have a fulfilling relationship we are however a very introverted couple so when we discussed marriage, we were both on the idea that we didn’t want a traditional wedding or a wedding at all. We wanted to go to a courthouse by ourselves (no friends or family) sing the paper and then go on our honeymoon. In our country, this is very weird since weddings are expected to be massive, over the top and every member of the family must be invited disregarding your level of closeness with them. We got engaged in relative secret since we were already living together and shared the information with our closest family. When they asked for our plans and we told them they didn’t take it very well and a lot of fights began with both families but especially with my mother and mother-in-law who would not tolerate a marriage that didn’t involve the catholic church. After a few months of fighting and since there’s a pandemic going on we went ahead with our plans and got married by ourselves and went to a month-long stay in a secluded cabin.

When they returned to find the family members to be in better spirits, they were surprised. They seemed to have forgotten about all the fights and even invited the couple to a wedding. The man's mother-in-law said it was her friend's wedding. But they were in for a shock when they found out the wedding they were attending was theirs! The pair only knew about it after reaching the venue. The families had taken care of all the details including the dress, church, food, and the DJ.

The stunned "groom" wrote: Of course, we were shocked as we were very vocal that this is not something we wanted then they told us that since we were driven there, we wouldn’t be able to leave and should just be grateful. Here the story becomes too long to fit the 3000 limit so to summarize we called a friend to pick us up and we left. Of course, both families are super angry at us and constantly call us to tell us how ungrateful and disrespectful we are. At first, I thought we were right to leave as we made or reasons for not wanting a wedding and especially a religious ceremony but we’ve been told they invited over 200 people and felt very humiliated when everyone arrived and we weren’t there so now we are doubting and there’s nothing like asking strangers for judgment. So reddit am I (we) the assholes?

Many Redditors weighed in to say that the couple was not in the wrong. GoblinOfficial wrote: NTA. They had no right to do that. You told them you didn’t want this and were hoping to embarrass/guilt/ shame/trap you into doing it anyway. They’re upset that you put them in an uncomfortable position but that’s exactly what they’d planned for you. I’m glad you guys stood up to them as a team. The original poster replied saying:Thank you, ever since we announced our plans the guilt trips and manipulation was been over the top. Annalirra added: NTA. You’re families were out of line for setting up something you specifically didn’t want and then tricking you to get there. They humiliated themselv