trending celebrity people lifestyle news animals
Couple Pierce Their Grandaughter’s Ears Without Her Parents' Permission, Who Cut Ties With Them

Couple Pierce Their Grandaughter’s Ears Without Her Parents' Permission, Who Cut Ties With Them

The 9-month-old child's parents had told them a clear no but yet they were disobeyed. 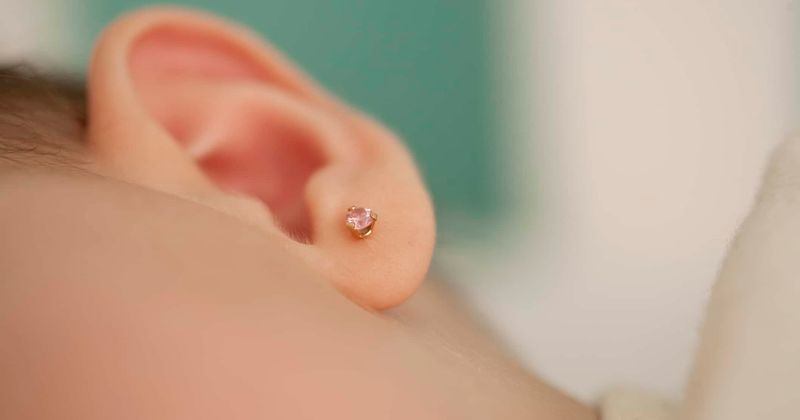 Some doting grandparents can be a bit annoying and pushy when it comes to their grandkids. They feel like they have ownership over them which sometimes can be overarching. Take the example of this couple, who was furious that their little girl's ears were pierced by her grandparents behind their backs. The seniors had expressed their intent to do it when they would babysit the infant. They said the child would look "cute." The child's mom and dad, a young couple in the early 20s, however, told them a clear no. But the grandparents still went ahead, making the couple livid. The girl, named Thalia, had just turned 9 months old and was the apple of everyone's eyes. Regardless of her age, this was a clear violation of the parents' boundaries.

The couple ended not talking to their child's grandparents. Thalia's father wrote about the experience on Reddit asking if he was the a**hole and if his actions were a bit too harsh. "Two months ago we stopped talking to my parents after they pulled some shit," wrote the father. Thalia's parents wanted her to make the decision to get the piercing when she was older. The decision also stemmed from the experience of Thalia's mom "Tbh I was never into the idea of it being done as a baby when they can’t consent, like my fiancée parents pierced her ears when she was a baby and she always hated wearing earrings. Still doesn’t wear any," the father added. It was, anyway, his and his fiance's decision to make and not anyone else. "Just like every other parent that was our decision not to do it to her while she’s a baby," he wrote.

He added, "My parents didn’t shut up about it for a while saying “she’d look so cute.” But we told them already no and that’s our answer." The girl would be regularly kept with her grandparents when they probably went to work and had other engagements. The seniors took advantage of one such occasion when the couple was not around to object. "When they babysat for us once they got one of my mom’s friends to do it and we were fucking pissed they went behind our backs," he wrote. And that just pissed them. "We stopped talking to them after that for disrespecting our decision," he added. Other family members however felt their actions were too harsh. "Everyone was saying we were making a big deal and we can’t cut them out their granddaughter's life over something like that," he wrote.

So they modified their decision a bit and allowed them to see the girl but with one condition. "So we decided they’re allowed to only see Thalia when one of us is around and they won’t be left alone with her," the father wrote. But family members said this was still too cruel on their part, that they were "being massive a-holes" for something that was not such "a big deal" and were treating them like children. "Even my fiancées parents think that only letting them have supervised visits is too much and they should be allowed to babysit or have Thalia at their place alone like before. We’re still not wanting to change our minds on our conditions so it’s pinning everyone against us. Are we being assholes that we just don’t trust them alone with her and rather one of us be there always?" he concluded.

But many commentators said the parents were right on their part since the grandparents needed to be taught a lesson as to who had the last say over the kids.