The father's ex-wife and mother of the girl lost it with the man and filed a police report. 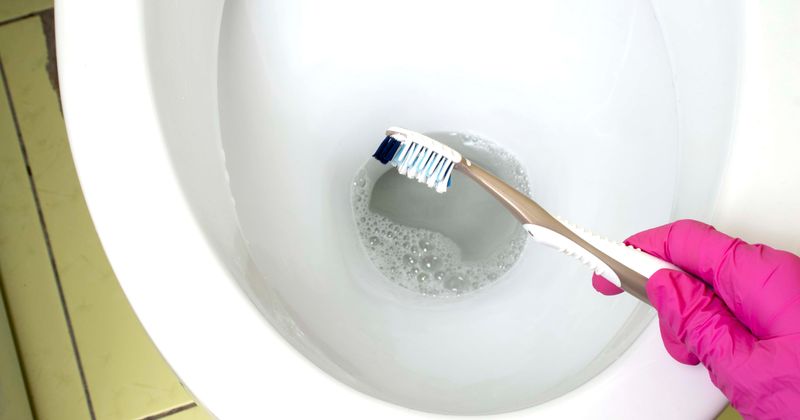 Having a stepmom or a stepdad can very difficult for the kids. The shift in love and affection of the parent from one's first family to a new person can be a hard transition that takes time. And if one's biological mom or dad is the type who is insensitive about such feelings than relations can often be broken for good. On Reddit, a user recounted how her ex-husband was a jerk to their daughter while she was on a stayover at his place with his new wife. He apparently wiped the toilet with his new wife's toothbrush and then asked his daughter to brush her teeth with it as punishment for his daughter leaving the toothbrush there. The daughter complained about the same to her mother who lost it and called her ex in the middle of the night to tell him how big of an a**hole he was.

Writing on the subreddit AITA (Am I The A**hole) the Redditor said her daughter was in tears and told her what her father had made her do. Pissed off, she wrote: I called at one in the morning and I could tell I woke him and I went off on him. I told him how selfish he is and how he puts Emily before our kids. She added that her call was also "motivated by my own feelings." The Redditor and her husband, whom she called Jason, had been married a long time and had two kids—a 12-year-old named Hannah and a 9-year-old boy named Noah. Cracks in their marriage had been visible for quite a while. She wrote: I was married to Jason for thirteen years...Our marriage ended rather abruptly but it didn’t come as a big surprise. We hadn’t been happy for years.

They got divorced and he soon started to date another woman named Emily, who is15 years his junior. Fast forward three years and Jason is married to Emily, who is now thirty. She wrote: ...it’s not like he married some college kid but I still have an issue with her lack of maturity sometimes. This was all very hard on Hannah. She doesn’t like Emily and is in counseling to deal with her jealousy towards her. The truth is I don’t like Emily very much either but I do expect my kids to be respectful. Around three days ago Hannah told her mother what had happened over the weekend she was with her father. She said her daughter had put Emily’s toothbrush in the toilet and wrote: I guess Jason found her doing this and he said it was really funny and to let him see the toothbrush.

She added: He scrubbed the toilet and I guess she thought they were going to prank Emily together but when he was done he told Hannah to brush her teeth with it. The mother said she understood Hannah was wrong but that she can't get:  the image of her crying and gagging while being forced to use the toothbrush out of my head. He then made her tell Emily what she had done and do chores to earn money to buy a new toothbrush. I’m fine with that but actually making her out it in her mouth pissed me off. While she was angry at her ex, she also admits she does not know "if this was all about Hannah" and added: Jason’s been a different person since he met Emily and it’s hard to watch him fawn over his gorgeous thirty-year-old wife.

After advice from many other Redditors, the mother posted an update saying that she had filed a  "police report just to make sure it was on record" but is now conflicted because Hannah "does not want to lose visitation with Jason." While Jason has not said anything about the police report, his parents have called her an "irresponsible mother" and "said the reason I’m still alone is that I’m so broken and she hopes Jason and Emily can save the kids from ending up like me." Many people assured the mother that she was NOT the a**hole.