Dad "Snapped" At 2-Year-Old Son & Beat Him During Potty Training. The Baby Died Later At Hospital. 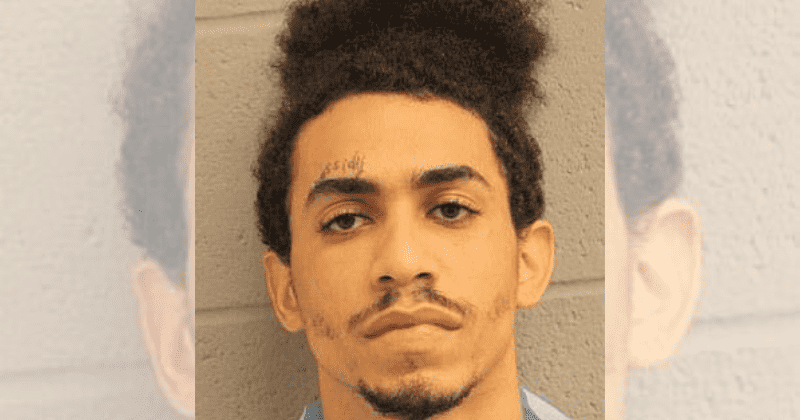 Trigger Warning: The story has details of child assault that readers may find disturbing

A 21-year-old father in Texas punched and slapped his toddler boy so brutally that he became unresponsive and later died at a hospital. Antonio Devonte Hicks Sr. told the police he "snapped" at his two-year-old son during potty training and hit him. Initially, he lied to the cops from Harris County Sheriff's Department by telling them the boy had been hit by a stranger while the two were on a walk, reports KHOU. Hicks later admitted he hit his son, Antonio Hicks Jr. The man took his son to the Houston Northwest Emergency Center for medical treatment on Sunday afternoon when he became unresponsive. Doctors became suspicious when the injuries on the boy were not consistent with Hicks's explanation of how his son got them. In addition, the boy had several injuries that were old and in the process of healing.

The child's mother was at home when her child was found unresponsive She told the cops, in an interview, that she heard sounds of what seemed like multiple slaps and punches from the other room. Hicks was taken into custody and charged with causing serious bodily harm to the boy. A bond of $250,000 has been listed for his release. The boy's body has also been sent for an autopsy and the charges may be upgraded once the report comes in. On Sunday night, relatives and friends gathered for a vigil for the boy outside the mother's home reports Daily Mail. He was also lovingly called Baby K. A few stuffed toys and balloons were kept for him. Stuffed characters from his favorite show, Paw Patrol, were also put and candles were lit in the baby's remembrance.

This wasn’t a one off incident, and even if it was how does losing your temper cause the death of your child? Not a bruise, but death! Lock this guy up and throw away the key. “Emergency Room staff immediately observed multiple injuries, both recent and healing”

Kali Brown, Baby K's uncle, told ABC13 his nephew was not just a statistic, and that every child mattered. "We mattered to people when we were kids, so every kid should have at least a chance at life," he said. People at the vigil said they wanted to let everyone know that the boy is deeply missed. There were angry and sad reactions on social media to the child's death. One of them by Renee Nicole Brumbaugh stated: How does anyone get upset at a child for having an accident or having to be taught about something we aren't born knowing? This poor handsome baby boy 😭💔 God rest his soul. This pandemic is really showing the true colors of some "parents" the amount of abuse/murder is increasing drastically & being brought to light more than it did before all of this. It just hurts my heart.

She added: A lot of parents who fight & push themselves so hard to give their kids a life they deserve can get their kids taken, but there are parents like this who abuse their children probably pretty regularly & never get caught until it's too late. Another, Lynne Gioncardi Brown wrote: Killing your son over potty training, at 2! Not for nothing, part of life is potty training your kids. I can only imagine how much this poor baby was hit well before this.😔. There have been widespread cases of parents and guardians of children turning abusive to a minor. Take the case of this a woman in Grand Prairie, Texas who burned her stepdaughter's face and parts of her body using rubbing alcohol in October last year.

Dalia Jimenez, 20, said the baby was for yelling and misbehaving and burnt her as punishment. In another case, a daycare employee violently jerked around a baby in the air while throwing another in a wagon.