Dad, Son, And Daughter Tragically Killed By Drunken Driver While Walking Their Dog On Father's Day

All four of them were pronounced dead at the spot 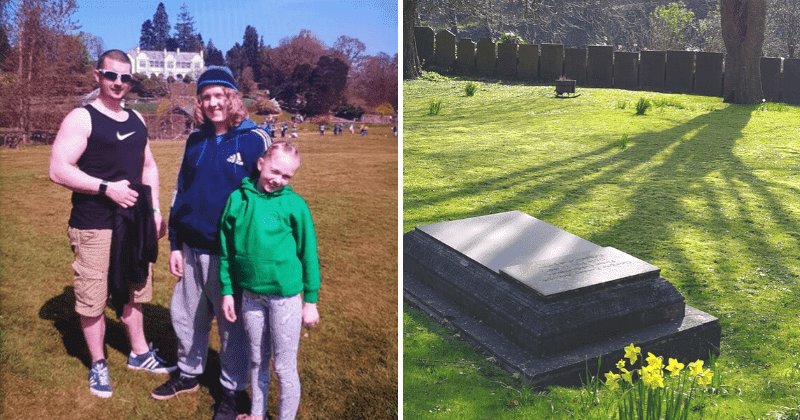 A woman was left devasted and heartbroken after her husband, two children and their pet died tragically. The incident occurred in Cumbria, the UK on June 21 where a father and his two kids were walking their dog when a speeding car hit them and killed all four on the spot. According to a statement by the Cumbria Police, the three pedestrians and the dog died on Abbey Road, Dalton due to the actions of a callous driver. Emergency services arrived at the scene at around 2:30 p.m. to a road traffic collision involving a Peugeot 206 and three people. The driver, a 47-year-old local, has been "arrested on suspicion of three counts of causing death by dangerous driving and being over the prescribed limit of alcohol," reports Mirror.

Furness Academy, the school the two kids, Coby-Jay, 15, and Skylar Flynn, 12, went to, shared a statement with local families describing the harrowing incident. "This will affect our whole school community and our thoughts and deepest sympathies are with their mother, wider family, and friends coping with the devastating loss," the statement read. Ian Singleton, who witnessed the tragic incident unfold in front of his eyes shared on Facebook referred to the scene as something straight out of a "horror movie." He told the Mirror, "I'm still shook up at what I saw. My thoughts go out to the family involved."

Furness Gymnastics Club, an establishment Skylar was part of since she was seven, also expressed their condolences at losing her. "Skylar was always smiling, with a twinkle in her eye and thanks to her Mum always had the most amazing plaited hair - a wonder to all the girls and something she always displayed with pride!" they shared. On June 22, a day after the incident, police cordoned off the area to assess the extent of the damage and found damaged temporary railings on the roadside as well as the base of a tree nearby. The forensic department made marking on the roads and the pavement as part of their investigation.

A woman, who lived near the crash site spoke to a PA news agency and said, "There's an intense sadness. It's horrific and it just feels heavy. We're in disbelief. Whenever something like that happened would be awful but I think the fact it was Father's Day just multiplied everything." Her partner noted, "After I noticed the police I went to the top of the drive and looked down. I didn't see the driver of the car but the door to the car was open and it had hit a tree. There were emergency vehicles everywhere, police and ambulances, and the fire brigade came down later."

The victims were pronounced dead at the scene and the Dalton Police are now urging people who saw the accident unfold to come forward to give them details that could help with their investigation. They have asked the public to "to contact T/PS 2265 Jack Stabler (Serious Collision Investigation Unit), or call 101 referencing incident 124 of June 6 2020." In addition, "Officers are also keen to hear from anyone who may have dashcam footage which may have captured the collision or the moments immediately before or after."

A local resident said, "I was listening to the radio so I had no idea what had happened until later but I know my neighbor was celebrating their 70th birthday and heard the bang from the crash. It was a big shock." It is a terrible, terrible thing," said another. A couple left flowers on the tree to honor the victims.