The defense lawyer said he was suffering from paranoid schizophrenia which led him to drown and kill his son. 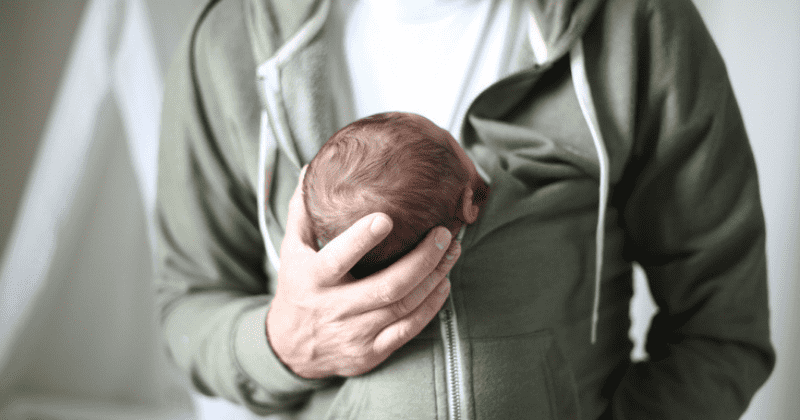 A young dad killed his baby boy by throwing him into the river as he was concerned his son was "turning into the devil". Zak Bennett-Eko, 23, threw his 11-month-old Zakari Bennett-Eko into River Irwell in Greater Manchester, UK, in September 2019, a court heard. The defense lawyer said he was suffering from paranoid schizophrenia which led him to drown and kill his son. According to The Sun, the judge heard that Bennett-Eko engaged in an argument with his partner Emma Blood, who was eight months pregnant with another child. During the verbal fight, Blood reportedly told Bennett-Eko to look after himself because she would be incapable of caring for two toddlers and him.

Dad ‘killed baby son by throwing him into river as he thought he was turning into the devil’https://t.co/JMOXETXrzd pic.twitter.com/W08nw7LO7c

Arguing for the prosecuting side, Rob Hall, offered a counterpoint and said: "It may be that exchange set the seed in Zak's mind that they would be better off without Zakari." The lawyer further added that Bennett-Eko saw his son's legs "expanding" around the time and he thought he was "turning into the devil." On the day when the drowning took place on September 11, 2019, the defendant exited the family home with his son in tow and walked to the river. Court heard that he encountered two other women along the way who also had "eyes like the devil" and that they wanted him to drown the baby. As per reports, the killer was seen by two teenagers, as he swung the pushchair side by side before throwing it into the river below.

‘A man who threw his 11-month-old son into a river believed the baby was turning into the devil....the defendant had suffered from mental health problems throughout his life and at 17 was sectioned and diagnosed with psychosis related to cannabis use.’https://t.co/NpdfNfa1rL pic.twitter.com/X5Is3Vibe2

He was arrested the same day when he walked into a nearby shop and shared details of what he'd just done with another customer. Emergency services sprung to action quickly and rescued the baby at around 5:15 p.m. when they were alerted by several people nearby, and the infant was taken to the Royal Bolton Hospital. It was already too little too late as the baby was pronounced dead on arrival. Further evidence and testimony presented in the court revealed that the Bennett-Eko had a history of mental illness and was even diagnosed with psychosis related to cannabis use at the age of 17.

Bennett-Eko met Blood in 2016 and two years into their relationship in October 2019, their first son, Zakari was born. Troubles in their courtship began since then which led to a lot of arguments between the pair. That's when he began to miss a lot of doctor appointments and began consuming cannabis. Blood even sent several messages to friends in September last year highlighting concerns about his behavior. In one of her correspondences, she said: "He's saying Zakari isn't our baby and stuff. One second he's OK, the next minute he's going mad saying he's going to kill himself." In other messages, Blood, 23, said Bennett-Eko had broken the door while barging in, thrown things at her, and even said Beyonce was his mother. The prosecution is fighting for a guilty charge for manslaughter by diminished responsibility, while on the other hand, the defense is claiming a not guilty plea citing insanity. The trial, which is expected to go on for five to seven days is being held at Nightingale court at the Lowry theatre in Salford.

So basically he's a risk to everyone and can relaspe at any moment. Therefore should never see the light of day again