Getting lost in tunnels or in the epic ball pit and interacting with the Z-Bop robot was the best thing ever! 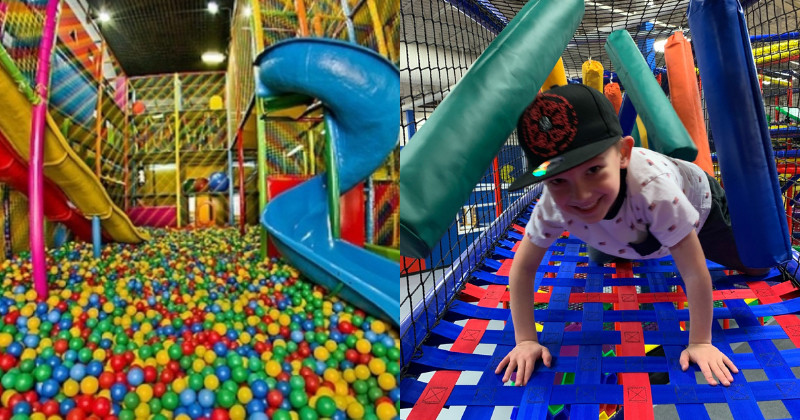 These days, children rarely step outside and play with their peers. Instead, they are often glued to the screens of their phones or tablets. While there are parks and playgrounds, they aren't as much fun as a dedicated play space that had a lot more to offer than just slides and see-saws. That's why for a '90s kid, the Discovery Zone, or DZ as it was more popularly known, was the go-to place for unlimited amounts of fun to be had.

From ball pits and video games and more, it was heaven-sent. If you had a birthday coming up, you knew you had to celebrate it at a Discovery Zone, or alternatively, if you were invited by your friend, you'd do just about anything to go there. But what made DZ so special? Well, for starters, the ball pits here were huge and you could spend hours on end in them. It had ropes so you could climb, there were slides for you to make your way through, and other obstacles to get to the end of the ball pit. Who could forget the innumerable tunnels you would crawl through away from the prying eyes of the adults you came with. The pacts of friendship were sealed in the maze of a DZ.

And when you were famished, you could head to the DZ diner which had all your favorite treats be it chips, popcorn, soda, and more. The birthday area even had a dedicated section for fruit punch, which is just the sugary rush we needed after all that intense ball pit activity.

One of the iconic fixtures at DZ was Z-Bop, a robot, who was also its mascot. The robot would interact with children and if certain buttons on the robot were pressed it made different sounds. It also played music using cassettes, and it would blare from the onboard stereo with two speakers. 21st Century Robotics were the makers behind Z-Bop.

Soon after DZ went bankrupt, many of their locations shut down or converted into Chuck E.Cheese's, most Z-Bops were either destroyed or sold off.  However, there is a spot of good news for '90s kids, CBS Austin reports that DZ has opened at Eastgate mall in Cincinnati. But there is no word yet on whether they plan to make it a nationwide comeback.