trending celebrity people lifestyle news animals
Disney Will Be Laying Off 28,000 Employees As The Pandemic Takes A Toll On Business

Disney Will Be Laying Off 28,000 Employees As The Pandemic Takes A Toll On Business 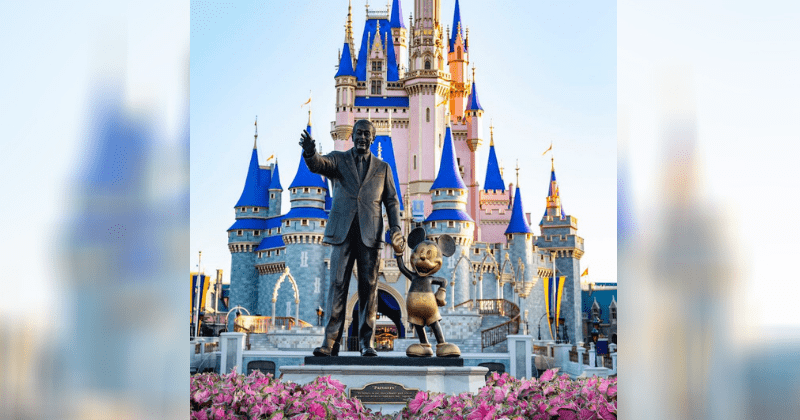 The pandemic took a toll on the job economy with the unemployment rate increasing from 4.4 percent to 14.7 percent at the beginning of the outbreak. The economy remained open and frontline workers from the service industry continued to risk their lives to go to their jobs. Many people though, lost their jobs when public gatherings were disallowed to contain the virus. Over 40 million Americans filed for unemployment benefits, reported The Guardian. As restrictions started to ease, places like Disneyland opened up. However, it is no longer going to be the happiest place on Earth anymore as the parent Disney company is turning to job cuts during the pandemic.

A report by CNN states that Disney is laying off 28,000 people in the United States, mainly employees from the Disney's Parks, Experiences, and Products, unit as the pandemic seems to have hit its parks and resorts business hard. The profits for this division dropped by 91 percent just in the first three months as parks around the world were forced to shut down. Disney's parks and resorts division has more than 100,000 US employees and nearly 67 percent of those who will be laid off will be part-time workers. This announcement came from the Chairman of Parks, Experiences, and Products, Josh D'Amaro.

"As difficult as this decision is today, we believe that the steps we are taking will enable us to emerge a more effective and efficient operation when we return to normal," D'Amaro said about the staffing cuts. After the prolonged impact the shutdown had on the park business, this decision was taken to reduce the workforce. D'Amaro added, "Disney's employees have always been key to our success, playing a valued and important role in delivering a world-class experience. We look forward to providing opportunities where we can for them to return."

D'Amaro went on to say that the "limited capacity due to physical distancing requirements" and the uncertainty of the duration of the pandemic coupled with the lack of support from the California government had caused this drastic decision. Just last week, Disney officials pleaded with the California government to provide an update on the status of the reopening of the company's theme parks, reported ABC News. "We are ready to open, and we are hoping we will have guidance from the state soon," said Patrick Finnegan, vice president of Disney California Adventure and Downtown Disney District. The officials even requested to allow visitors to safely return.

Disney scapegoating California for its massive layoffs is disgusting. Bob Iger's salary alone could probably have covered the salaries of those 28K employees (who probably don't make much to begin with).

D'Amaro himself had noted, "Disney is an important part of the economy, one that creates jobs that generate much-needed tax revenue and gives guests a chance to make memories that lasts a lifetime for communities such as Anaheim and Orange County". He added, "With the right guidelines and our years of operations experience. I'm confident that we can restart, get people back to work. As you can see from this discussion today. We're ready. And more importantly, it's time." He also stated that nearly 80,000 people depended on the opening of the parks to earn a living and had remained jobless during the closure.

Dr. Mark Ghaly, California's Health and Human Services Secretary, told FOX Business, "The state's number one priority is to lead with public health to slow the spread of the virus to begin reopening our economy and get Californians back to work safely and sustainably." The state's plan to reopen is paced in accordance to keep the risk of COVID-19 transmission low. "Without a vaccine, it is impossible to eliminate the economic impacts caused by this virus," he added and said, "but by taking a measured data- and science-based approach to phasing in and out transmission prevention protocols, we can minimize the health and economic risks that would be caused by opening and shutting repeatedly."