Do You Remember Taking Typing Classes On Actual Typewriters?

Typing classes become a staple in schools and was considered a key skillset that became indispensable in the job market. 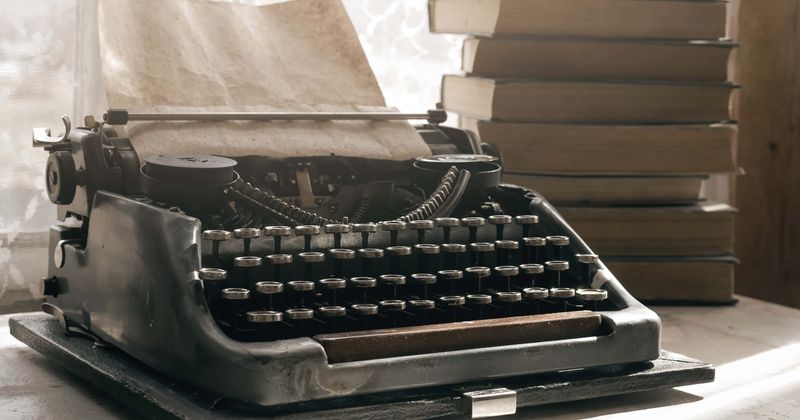 Did you know Mark Twain was the first author to submit a typewritten book manuscript? He bought a Remington, one of the first typewriter brands, to put his ideas on paper. It's been more than 140 years since typewriters became available in the market. People could type faster than they could write and it would drastically change the way we communicated. It was E. Remington and Sons that started production of typewriters and made them available in the market by 1874. It took a while for typewriters to become the go-to tool for communication but it was typing classes that helped establish the typewriter and enable people all over the world over to embrace the new tool.

Typing classes were introduced by typewriter manufacturers as a way to increase awareness and hone the techniques for typing. Typewriter manufacturer Remington designed courses for the classes that also helped established their product. While they were pretty basic at the beginning, by the 1900s, the typing courses were universal. Within no time, typing classes were a staple at schools and was considered a key skillset for getting employed. The speed of typing became a barometer by which people were selected for various jobs. Studies showed that those who studied typing from an early age also found other benefits, such as mastering spelling and improving their English language.

Do you remember the first time you went for a typing class? There has been a lot of debate as to what the ideal is for kids to learn typing. While initially it was assumed 3rd grade was the right time to teach kids typing, studies suggested that kids were capable of learning typing when they were in 1st or second grade. Now, given children's exposure to smart devices, kids start even earlier. Ipad-like devices and smartphones have also doubled up as playthings for kids which encourage them to navigate the digital media and learn typing.

Typing became so competitive that many created innovative methods to increase the speed of typing. One Reddit user revealed a teacher covered students' eyes and asked them type while another teacher put a protective cover that blocked the letters so you had to know all the letters by heart. If you watch anyone who has learnt typing, you'll realize that they barely need to look at the keys as they are very aware of the positions of each key, which saves them a lot of time while typing. Not mention that it wasn't as easy as a "backspace" or "delete" to erase an error, as it is today on the computer. Those learning typing had to be fast but also incredibly accurate in what they were typing. Watching an expert typer is like watching a pianist at play.

One thing laptops and the computer will never be able to recreate is the satisfaction is the resistance of the keys to your fingers and the sound that came from punching a key. Computers eventually replaced the electric typewriters in the 1970s and 1980s, according to The Atlantic. There was a brief period the computer and the typewriter co-existed. Kids going to school between the years 1977 and 1985 studied both computer and typing classes. However, there was a shift in the demographic that started learning typing. Until the computer came about, using a typewriter was considered a secretarial job and considered feminine because sexism was the order of the day. The computer changed that and learning typing become an integral skill, stretching beyond the secretarial job.

The typewriter has now become a thing for collectors and something that evokes nostalgia in all of us. Hollywood star Tom Hanks in a person with a keen interest in typewriters. In the hope of securing him a guest on the Nerdist podcast, Chris Hardwick sent the Terminal actor a rare 1934 Smith Corona typewriter, in 2012, and cheekily asked him for a guest appearance in return. Tom Hanks, using the same typewriter, sent Chris a rather charming and equally cheeky response in a matter of days, according to LettersofNote. We don't want to spoil it for you, so go ahead and read the letter for yourself.