While his family wasn't able to be by his side during his final days, the doctor was surrounded by his medical fraternity 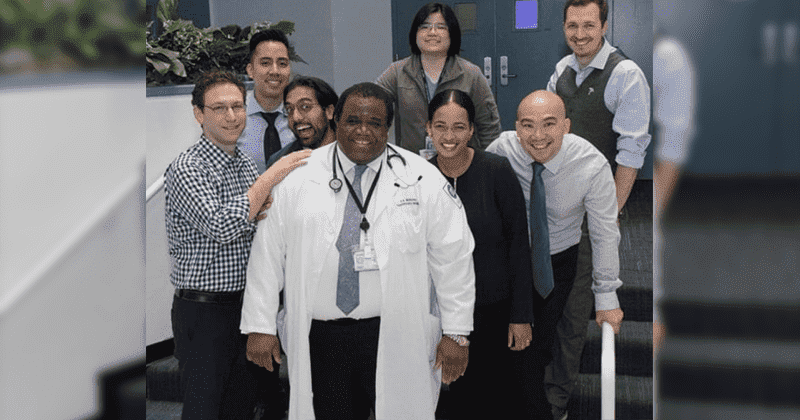 A hero is someone who goes against the tide determined to leave a mark and create a ripple of his own,  knowing full well things could go disastrously wrong. Dr. James Mahoney, a New York physician, was one of those rare ones. He was on course to retire after a lengthy career as a doctor but as the pandemic came knocking, he delayed his retirement to treat the massive influx of patients that soon followed. He managed to save plenty of lives on the frontline, but the one life he couldn't save was his own.

According to CBS New York, the doctor regularly worked in the intensive care units at King's County Hospital and SUNY Downstate and helped hundreds of patients. New York is the worst affected city in the entire country, but reduced manpower, weaker financial resources, and proper protective equipment were in short supply. Braving the storm,  Mahoney decided to work nonstop at the under-funded institution which predominantly served the poor and black communities in the city.

The New York Post reports that while he tended to his patients, he developed a fever in mid-April. But that did not stop him. Instead, he soldiered on by working from home and consulting with patients online. Natasha Edwards, who works in the philanthropy department of SUNY Downstate Health Sciences University, noted, "He was still working from home, telling patients to wash their hands, even as he was getting sicker every day." However, when his symptoms worsened, he was admitted to the University Hospital on April 20.  By April 27, his condition took a turn for the worse, he was immediately shifted to the Tisch Hospital in Manhattan. Sadly, while his family members couldn't be by his side, he was surrounded by his medical family when he passed away.

We lost a real one at @sunydownstate Medical Center from #COVIDー19.

Rest In Peace, Dr. James Mahoney. Proud to have known you.

East Flatbush, Brooklyn was blessed to have been served by you.🙏🏿🙏🏿https://t.co/aZ93n0i66w

According to Dr. Melvin Mahoney, James' older brother, many physicians close to his age refused to treat patients due to age-related health issues which could typically affect them. However, Dr. Mahoney stood his ground. "He worked on the front lines to the end." the Mahoney sibling said speaking to the New YorkTimes.

So, so tragic. I’m sorry for this huge loss @sunydownstate pic.twitter.com/g1zRg5FoG8

Dr. Robert F. Foronjy, Chief of Pulmonary and Critical Care Medicine at SUNY Downstate, spoke highly of Dr. Mahoney's helpful spirit. "There were people who were really reluctant to go into the rooms, and you could understand why," he said. "He saw another human being in need, and he didn’t hesitate to help." This wasn't his first time helping people in a time of dire need either.  Mahoney served on the frontlines several times before including the September 11 attacks, the AIDS epidemic, and Hurricane Sandy. Friends and family urged him to sit this one out and let the other take over, but he wouldn't listen. "One of the sad stories of this pandemic is that we’re losing people that we couldn’t afford to lose," Foronjy said.

"He saw another human being in need, and he didn’t hesitate to help."

After nearly 40 years as a physician, Dr. James Mahoney could have retired. Instead, he went to extraordinary lengths to help coronavirus patients. https://t.co/P9q5VQ0yZJ

He's a great inspiration to his students especially for physicians of color. Latif A. Salam, a doctor who works internal medicine at the University Hospital said, "As a young black man, I looked at this guy and said to myself, 'Twenty years from now I want to be like him.' When a black medical student, a black resident sees him, he sees a hero. Someone that you can be one day. He’s our Jay-Z." Despite serving close to 40 years in medicine,  Mahoney was a true gentleman who treated the janitors and the CEOs with equal respect; he preferred eating lunch with his nurses or assistants and would give away his own money as Christmas bonuses to all his staff every year.

😢 Rest easy Dr Mahoney, thank you for your unselfish, courageous and brave work, you are a hero

According to CBS New York, Mahoney joined the hospital's teaching college as a student in 1982 and continued working there after completing his studies. He eventually became a pulmonary and critical care physician while also taking up the role of a professor. During Mahoney's final days, Foronjy said, "I got to visit him, hold his hand. And he knew how much I loved him. And he knew how much everyone here loved him."

A scholarship fund was set up in his honor by people who were inspired by his legacy on GoFundMe. The page read: We are raising money to support the Dr. James (Charlie) Mahoney Scholarship Fund. This fund will provide tuition support to enable a deserving and talented African American applicant to attend SUNY Downstate Medical School. Dr. Mahoney graduated from SUNY Downstate Medical School in 1986 and served this community for more than thirty years. He was an exemplary physician and a great advocate for young minority physicians. He passed away saving lives during the COVID19 pandemic. Education was important to Dr. Mahoney and this fund is a fitting tribute to his legacy of teaching and mentorship here at our institution.