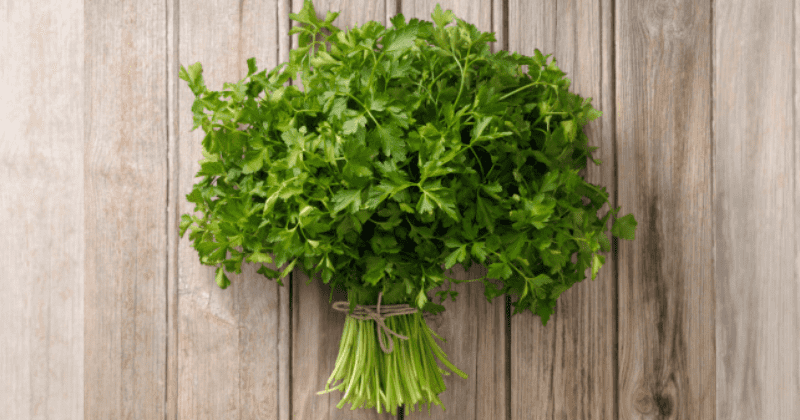 There are a lot of ways we try to look after ourselves by trying out home remedies to limit our visitations to the doctor. As times get busier and we get more stressed, our bodies remind us to slow down and take note. Many of our illnesses are a result of that. But it is never okay to replace guidance from a medical expert with the suggestions, often baseless, from lifestyle magazines. There are a lot of quacks who may come across as genuine but we need to be alert. The magazine, Marie Claire UK, suggested women insert parsley in their vaginas to induce periods. And experts had to step in to tell women that this is definitely something they should not be doing.

Scary reason you should never put parsley into your vagina to induce your period https://t.co/W4XG9qEsE1 pic.twitter.com/vz2BUMta8D

In the article that has since been deleted, the author said the herb is a natural emmenagogue, which means that it can stimulate or increase menstrual flow, as reported in The Sun. But that in no way meant for the herb to be shoved up the vagina. It would, however, mean sprinkling a bit of parsley over your pasta or making some parsley tea to drink. The article supposedly said: "Parsley can help to soften the cervix and level out hormonal imbalances that could be delaying your cycle, helping your period come faster. If you’re struggling to find a dish based on parsley, don’t panic – the most effective forms are said to be parsley tea and parsley vaginal inserts."

Doctors warn women not to put parsley in vagina after magazine article promotes it https://t.co/32QEkDan9g

Just because you can doesn't mean that you should.

While some parts of that are true, vaginal inserts are not. In fact, it is highly discouraged and could even be fatal. Dr. Shazia Malik told the Independent: “There is no evidence of any benefit to a woman of doing this, and clear risk of significant harm as deaths have been reported. I would urge women not to insert anything unless they have taken proper medical advice.” When a bizarre suggestion such as this was slipped in along with normal recommendations of using proper food, drink, and exercise for a healthier menstrual life, it is bound to confuse women who may believe it to be real.

Parsley Joins the List of Herbs You Should Not Stick in Your Vagina https://t.co/gWPpC5W4hW

Dr. Sheila Newman reiterated the warning and said, "That is not something that is recommended by gynecologists. There are only a few things that should go in your vagina and vegetables generally aren’t one of them." There was also the warning that came from doctors telling women to not insert a cucumber up the vagina for a viral trend called the "cucumber cleanse." The lifestyle influencer said, You can insert it into the vagina and twist around, in and out movements to cleanse the yoni. The same can be done with cleansing the throat & the mouth. Using a peeled cucumber you can clean your mouth and throat of any bacteria or viruses.

Calling the article irresponsible, Dr. Newman stated, "There are ways to manipulate your menstrual cycle and avoid having your period at certain times but they should be discussed with your gynecologist." On the other hand, there are also claims that state that parsley tea has been used to induce at-home abortions. This could lead to infection and even be potentially fatal. In fact, a 34-year-old woman from Argentina had tried the at-home abortion and died in 2018, according to Insider. Experts have warned against the practice because it has toxic effects.

In response to the backlash, a spokesperson for Marie Claire told The Independent: "Marie Claire prides itself on well-researched beauty and lifestyle stories, with advice sought from appropriate industry experts – sadly this feature does not reflect those standards and we have removed the article. It was misguided and we are sorry our usual care and stringency were not followed."

[GORDON RAMSEY VOICE]: PARSLEY IN A VAGINA?? GET OUT OF MY FUCKING KITCHEN! https://t.co/5umxOBy76f