trending celebrity people lifestyle news animals
Documentary Claims "Homosexuality" Was A Mistranslation In Bible, Did Not Appear Until 1946

Documentary Claims "Homosexuality" Was A Mistranslation In Bible, Did Not Appear Until 1946

A young seminary wrote a letter to the RSV committee about the potential weaponization of the term and the chairman agreed to the mistake. 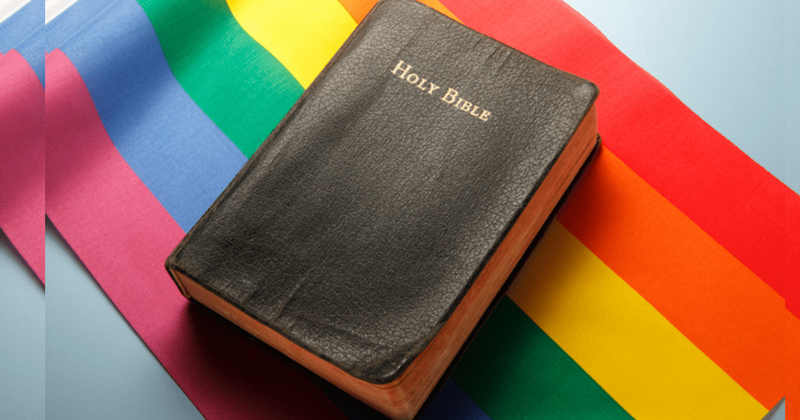 As a Holy scripture, the weight and power the Bible holds is immense and tends to have massive ramifications, to the extent that the words affect our culture. For years now, conservative groups and churches have preached that homosexuality is a sin by citing the word of God as mentioned in the Bible. But, new evidence proves that the demonization occurs due to the mistranslation of a single word in the Bible. According to a new documentary, there's a sentence in the Bible that says, "homosexuals shall not inherit the Kingdom of God" and the makers go on to argue that the word "homosexual" was a more recent addition to the scripture and came as late as February 11, 1946.

Titled 1946: The Mistranslation That Shifted a Culture, the documentary comments on how the word "homosexual" came to be about 75 years ago and has gone on to affect politics, culture, and faith as a collective and the subsequent persecution of the LGBTQIA+ community. This single mistake is also been argued as being the gravest mistake that has triggered the anti-gay movement within the American conservative Christian community. On the official website, the filmmakers argue that more than 45,000 churches today continue to preach that homosexuality is a sin, citing Biblical references that condemn "homosexuals".

Offering a backstory, the documentary argues that the term was first seen in the Revised Standard Version of The Bible after an RSV committee voted for the use of the word. One man even raised objections to the translation of the word and alerted the committee of their grave mistake, even alerting them to the potential weaponization that could (and did!) arise in the future. In the RSV’s translation of 1 Corinthians 6:9, the word “homosexual” was used as a direct translation to Greek words "malakoi" and "arsenokoitai" which, according to researchers, roughly translates to "effeminacy", "sexual pervert", and "pervert". Ultimately, the decision to go with the word "homosexual" instead of the accurate translations has ignited the anti-gay movement.

The documentary is executive produced by the maker of the award-winning film, For The Bible Tells Me So, and follows the work of two individuals, Kathy Baldock and Ed Oxford, who have dedicated their entire life to researching the roots of the anti-gay movement. While conducting their extensive research, the duo uncovered over 90 boxes worth of notes from the archives at Yale University. Buried underneath the mountain of paperwork was a letter written by a certain seminarian named David S. It was addressed to the RSV committee, in which he laid bare the "dangerous implications that could come with the mistranslation and misuse of the word 'homosexuals'". What's even more surprising is that Dr. Luther Weigle, the head of the translation committee, responded to David acknowledging their mistake before vowing to correct the same.

A new RSV of The Bible came to be published as well with the word now replaced by the term "sexual perverts". Unfortunately, it only happened in 1971,  25 years after the mistake occurred.  By this point, the damage had already been done as the Bible officially applied the RSV's use of "homosexual" into Biblical texts. Expressing their goal behind the film, the makers shared they "hope the evidence and stories will not only challenge our assumptions but change our hearts." Sharon Rocky Roggio, a woman who identifies as a gay Christian, says she wants to change the narrative and liberate her community from oppression. "It is my goal to change the Christian narrative and liberate the many LGBTQIA+ people living in the dark; oppressed by bad theology. I want us all to live and be acknowledged as equals, under God's love."