The owners injected him with a lethal drug and tried to bury him. 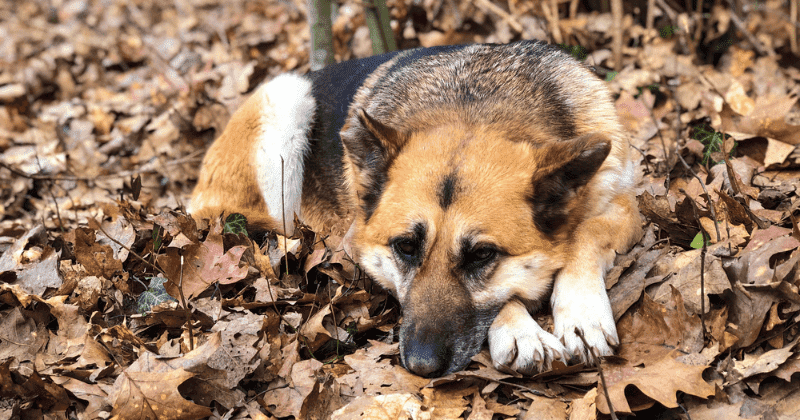 Dogs deserve to be treated with love and care because they never have an ounce of dishonesty to them and always wear the heart on their sleeve. Once they decide they love their humans, there's no going back -- no matter how many years pass by. We've heard dozens of stories depicting a dog's loyalty to its owners. There are people who deserve all the love their dogs give them. Unfortunately, we also have some despicable human beings in our midst who get a sadistic kick by torturing their pets. This story is about one such couple who buried their seven-year-old German Shepherd alive and left him to die.

As per a PawsPlanet report, the poor dog named Kiryusha was given a fatal injection before being buried alive. But he miraculously managed to survive and even successfully dug himself out of the grave. After cheating death, the dog went around in search of anyone who could help out, and thankfully for him, a 39-year-old woman named Olga Listseva found him while driving on a highway along the northern part of Russia. According to Metro, the woman spotted the dog hobbling along the highway in the rain and just drove off without giving it much heed. However, her conscience got the better of her and she traveled back for about nine miles because she couldn't erase the image of the seemingly helpless dog and later rescued him. She even calls it the best decision of her life.

Dog digs himself out of grave after owners bury him alive https://t.co/fZs8cxbX1h via @MetroUK

When she finally found the dog, she noticed Kiryusha was exhausted with little hope of rescue. That's when Listseva offered the pupper some food and got him to hitch a ride in the back of her car. The kind human then went on a 93-mile drive to Ukhta, the whole duration of which the dog slept. Upon reaching her destination, she got in touch with Kind City, a dog rescue service, and surrendered Kiryusha to them for immediate treatment. The rescue team shared pictures on Russian social media channels in hopes of finding the dog's owners thinking someone had lost him. Their campaign worked wonders and they quickly found out the dog was from a town called Emva and even zeroed in on the pooch's owner. That's when they were hit with the reality: the couple decided to get rid of the German Shepherd because he was "unhealthy" by injecting him with a lethal drug to end his life.

God bless Olga for helping Kiryusha ❤️I hope Kiryusha has a great life from now on.

After administering the jab, they buried him alive in a remote area located near the Ukhta-Siktifkar Highway. Throughout the whole scenario, the unidentified couple never once consulted a vet about his health or considered dropping him off at a rescue shelter to find him better owners. Staff at the rescue center took the pooch back to Kind City and ran a battery of tests on him to find out there were no medical issues with Kiryusha like the owners claimed. All he was suffering from was exposure, hunger, and a broken heart after being treated so inhumanely. Ekaterina Nimac, a rescue squad member, said: "Thanks to Olga, Kiryu has started a new life. At the shelter, he is very calm. He walks on a leash, does not rush anywhere, rarely conflicts with other dogs, and does not bark. He is good-natured with people."

A healthy dog who was given a fatal injection and buried alive by his owners, miraculously managed to dig himself out and search for help. 7-year-old #GermanShepherd , #Kiryusha, climbed out of his forest grave after his owners left him for dead, in northern Russia. pic.twitter.com/reffCtvU4W