Dog the Bounty Hunter Is Getting Remarried In September, Says Beth Chapman Would Approve Of Union

Dog lost his late wife Beth Chapman to cancer in 2019 and decided to get married after Bible told him to get a new companion. 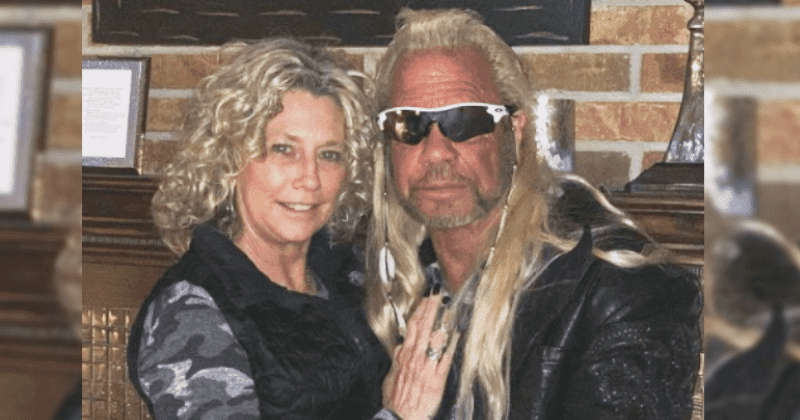 Duane "Dog the Bounty Hunter" Chapman is getting married again! Dog, 68, has revealed that he's planning to marry his fiancée Francie Frane in September. Dog announced his plans during an episode of the Two Guys From Hollywood podcast. "I'm getting married," he said, reported People. "We went to the venue, picked it out yesterday, looked at it. Man, it costs a lot to get married." While there have been rumors of the pair getting hitched, this is the first time either of them has officially announced it. Last week, the TV personality hinted about his wedding plans, when he captioned a photo of his fiancée: "My Francie Francie I Love You !!!! And soon be proving that beyond a shadow of a doubt!!!"

Dog was still healing from his wife Beth Chapman's death when he met Frane. Beth had been diagnosed with stage II throat cancer in 2017, before passing away in June 2019 at the age of 51. Frane, a 52-year-old rancher from Colorado, also lost her late husband Bob to cancer. Dog revealed he was in a relationship with Frane in March 2020, 10 months after the death of Beth. Dog, whose real name is Duane Chapman, got engaged to Francie in May 2020. Dog made his name in reality TV by tracking down criminal offenders in the country. Dog and Frane were set to appear together on Dog's new reality show Dog Unleashed, but the show was shelved due to reported contractual violations.

He revealed that he drew strength from the Bible after the death of Beth Chapman. "Francie's husband passed away over three years ago, Beth passed away over two years ago, and I felt very bad about even wanting to have someone else after Beth," said Dog on the podcast. "And then when I went to the Bible, the Genesis, and found out how Adam got Eve, as I was going to find the exact story, I saw the scripture that says, 'God does not want a man to be alone.'" That's when he knew he needed a partner. "He knows we need a companion, whether we're a man or a woman. So anyway, yes, September 2," added Dog, referring to the date of the wedding.

Earlier this year, Dog said he wanted to have the "biggest wedding there's ever been," reported The Sun. Francie opened up about his proposal. "I think I had gone to pick up some food and then when I came back he had all the lights turned down with just a few lights on and a bunch of candles lit. He said, 'I know that God brought you into my life and I don't want to spend one moment of it without you.'" He then got down on one knee and opened the ring box, and asked her to marry him. "Who can say no to that? It was wonderful," she recalled.

Dog said that no one will ever be able to fill the void Beth left but added that she would be happy for him. "There will never be another Mrs. Dog. There is not. Francie couldn't do that. There will be a last Mrs. Chapman. If Beth was here, and saw Francie and saw how she was raised, her morality and this and that, Beth would say, 'Big daddy, don't lose her.'" Dog and Beth Chapman's marriage was the center of their reality shows including, Dog's Most Wanted on WGN America, which documented Beth's final days.

Beth meant the world to Dog and he says that will never change. "You'll never forget the spouse. You can't help it. I will never forget. But I've got to get out there. I've got to be able to say, 'I came out of this and you can, too.' As a human being, I don't think you look for — not a replacement, because you can never find one," he added.