Dubbed Dollywood's HeartSong Lodge and Resort, guests can look forward to an entirely new resort by 2023. 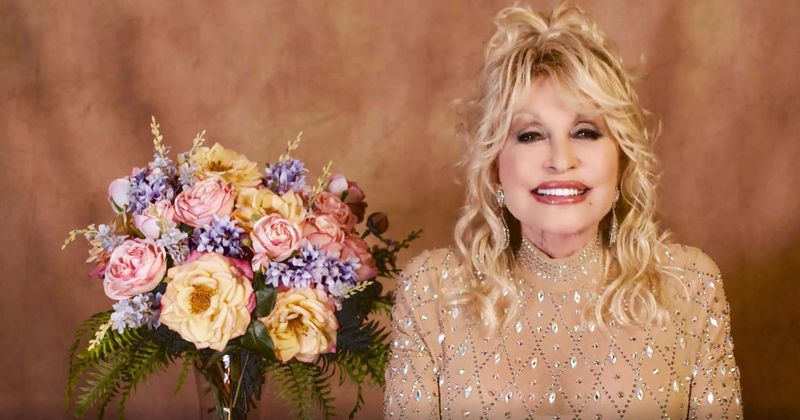 Dolly Parton's world-famous Dollywood theme park is expanding! Guests can look forward to so much more in her namesake theme park in Pigeon Forge, Tennessee.  The 75-year-old announced that a new resort dubbed Dollywood's HeartSong Lodge and Resort will be located next to the existing Dollywood's DreamMore Resort and Spa. Guests can expect to drop by in 2023. The project is part of a half-billion-dollar investment plan. "That's a lot of dough," Parton quipped during the news conference to announce her upcoming initiative, reports PEOPLE. The name of the upcoming resort is inspired by her 1994 hit of the same name, inspired by the Great Smoky Mountains where she grew up. Dollywood's HeartSong Lodge and Resort will offer 302 rooms tucked away in the Great Smoky Mountains.

Parton in an official announcement of the upcoming projects said, “I’m so proud of this place that we’ve been able to build here in the Smokies,” Parton said. “I always dreamed of accomplishing two things with Dollywood. I wanted to give jobs to the folks who live here, and I wanted to give visitors another reason to come and experience the beauty of the Smoky Mountains. We celebrated our 35th season last year, so I think it is fair to say we’ve been able to do that. I’m so happy with what we are doing to make sure our guests have a great season this year, and being able to announce the new HeartSong Lodge and Resort is just one more way we’re going to be able to help families reconnect, explore and discover together. I truly believe the natural beauty of the Smokies and the warmth of this special place will inspire every guest to nurture the ‘heartsong’ within them.”

The resort-style lodging will offer multiple options for families near the Dollywood theme park when it opens in 2023.https://t.co/6ZS5pzdOZ0

According to the Dollywood website, the 5-story lodge will have themed suites and loft rooms, as well as indoor and outdoor pools, a communal fire pit and 26,000-square-feet of meeting space. This will be a great spot to accommodate gatherings for several hundred guests. Dollywood president Eugene Naughton teased some of the new additions, including a campground, three resorts and a "record-breaking" new attraction coming in 2023. Parton and her team are "masterplanning" several projects as a part of the park's expansion into a family-friendly destination. “From the time we announced Dollywood’s DreamMore Resort in 2015, we have seen the entire region emerge as one of the nation’s leading family vacation destinations,” said Naughton, President of The Dollywood Company. “We’ve been able to help Dolly achieve the dreams she had more than 35 years ago, and with this announcement today, we’re going to be able to put wings on even more of her dreams.”

When Dolly Parton, who calls herself Dollywood’s Dreamer-in-Chief, was previously asked about her favorite aspect of the park, she told Travel + Leisure in an interview, "It's all near and dear to me — it's like having kids — you have some [that are] prettier than others, but you love them all and you think they're all pretty, right? I love everything about the park, so it's hard for me to pick out one particular thing." Parton is particularly proud of how her projects have something for everyone in the family.  Parents can bring "their little ones, their middle ones, and even their teenagers" and enjoy attractions and rides that cater to all ages. She added, "I really think that our whole park just screams, 'Bring your family, everyone can have fun!'" Since starting from the 1980s, Parton said, "We have come a long way, baby! This was always my dream, of course, and I remember when we first opened, I was worried that nobody was going to show up, and now we're worried too many [are] going to show up... That's why we have to always keep expanding." And it looks like she is staying true to her word!

3️⃣5️⃣ years ago today, #Dollywood opened its gates for the first time, making this our 36th season! 🥳🦋💙 pic.twitter.com/doRKs2T1uY