The entertainment special is set to air on Sunday, December 6, on CBS and CBS All Access. 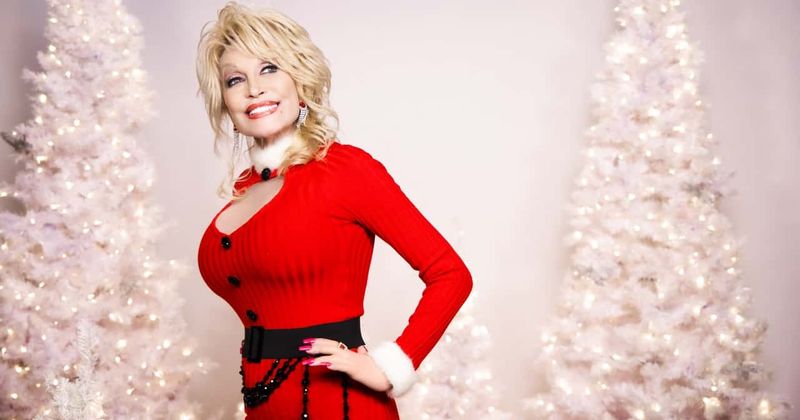 The festive season just got a lot more cheerful! Dolly Parton, 74, will be part of an hourlong entertainment special titled A Holly Dolly Christmas, set to air Sunday, December 6, on CBS and CBS All Access, reports PEOPLE. "I am so proud to be a part of the CBS family this holiday season with my new Christmas special," the country legend said in a statement.

The world is full of goodness again

Jack Sussman, executive vice president of specials, music, and live Events/alternative and reality for CBS, shared, "When Dolly Parton calls and tells you she wants to do a Christmas show, you don't hesitate. A special with the multi-Grammy Award-winning, prolific songwriting, epic live performer of all time? She had us at hello. There's only one Dolly Parton, and we are so excited to be bringing her to viewers this holiday season."

Already downloaded #AHollyDollyChristmas. Can’t wait to enjoy it this Christmas!

So what can fans expect? CBS reports that Parton will be performing from an intimate, candlelit set during which she will share personal Christmas stories and faith-based recollections. The singing icon will bring both powerful, faith-ﬁlled hymns and light-hearted holiday classics to help viewers celebrate the most wonderful time of the year. She will also be playing tracks from her new holiday album, A Holly Dolly Christmas, to spread some much-needed joy at the end of this year.

Parton came out with her first collection of Christmas tunes in three decades recently; A Holly Dolly Christmas was released on October 2. This is the 74-year-old's first holiday album in 30 years. It features songs and duets with her goddaughter Miley Cyrus, Billy Ray Cyrus, Michael Bublé, Willie Nelson, Jimmy Fallon, and her brother Randy Parton. Her earlier albums were Home for Christmas in 1990 and Once Upon a Christmas with the late Kenny Rogers in 1984. The iconic country singer told Billboard that she wanted the album name to be "cute and clever" and was inspired by the classic "A Holly Jolly Christmas" by Burl Ives. "He used to be on all of my Christmas specials all through the years," Parton said of the legendary singer. "I think of him as Mr. Christmas. I thought, 'Why don't do I call it something cute and clever, like that or Deck the Halls with Boughs of Dolly, something corny like that.'"

Your collaboration is just what this holiday season needed! Thank you!!

The country crooner is really getting into the spirit of this holiday this year as she's even coming out with holiday-inspired kitchen items! According to Delish, Parton has teamed up with Williams Sonoma to create her own line of holiday kitchen items just in time for the big upcoming holiday. The adorable items you'll be able to enjoy this Christmas as part of her line include items inspired by Dolly's own Christmas traditions. There's a Dolly's Cookie Cutter Set featuring cookie cutters created in honor of things she loves like music notes, a log cabin, and of course, a butterfly. There are also super cute patchwork aprons (available in both adult and kids sizes) with matching potholders and oven mitts. Don't miss the gingerbread cabin that is designed to look like Dolly's two-room Tennessee mountain home, it's super cute!

In addition to a Christmas album and original Netflix musical (DOLLY PARTON'S CHRISTMAS ON THE SQUARE), Parton also has a new holiday cooking collection from Williams-Sonoma. pic.twitter.com/EIuIwIIKD0

Parton is also rolling out a brand-new holiday movie musical on Netflix, Christmas on the Square, out November 22. According to Variety, she performs as an angel in the movie's trailer. “Christmas is a time for sharing, knowing you’ve been blessed,” she sings, before being revealed on-screen in a sparkling white ensemble. “Who are you?” Christine Baranski’s character asks her. “What do you want from me?” Parton replies that she’s “Angel” and she wants “change.” Rolling Stone reports that Parton arrives to change the protagonist for the better, somewhat similar to Clarence Odbody in It’s a Wonderful Life, “You find that light and it will lead you to the part of you you lost,” she tells Baranski’s character. “The part of you that can be happy.” The musical features 14 songs by the country legend. It also stars Jenifer Lewis, Treat Williams, Jeanine Mason, Josh Segarra, Mary Lane Haskell, and others. Parton is also slated to release Dolly Parton, Songteller: My Life in Lyrics, on November 22. The book will be a visual memoir and an annotated songbook of 175 Parton tracks. As one Twitter user, LeighAnnMSU, put it: Dolly is single-handedly saving 2020!!!