Dolly Parton On Black Lives Matters: "Our Little White A**es Aren't The Only Ones That Matter" 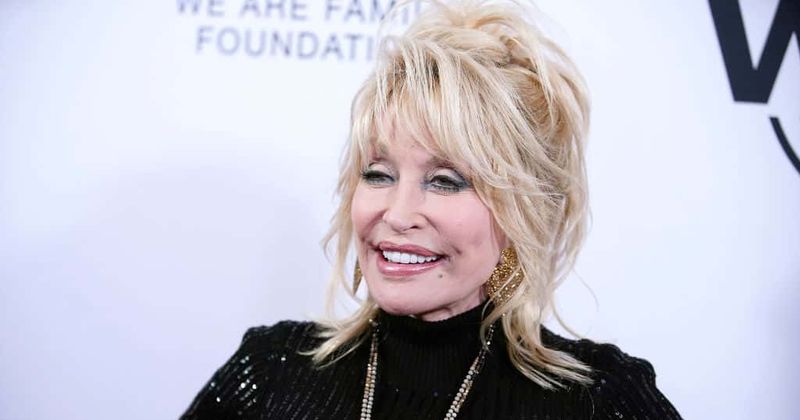 Dolly Parton has expressed her support for the Black Lives Matter Movement. As per CNN, the country singer made it clear that she is for the movement against systemic racism during an interview with Billboard magazine. She spoke on several topics including the protests against racism and police brutality that erupted all across the United States after George Floyd died at the hands of the police. While she wasn't physically present during these protests, she made her stand crystal clear. She said, "I understand people having to make themselves known and felt and seen. And of course Black lives matter. Do we think our little White a**es are the only ones that matter? No!"

"Of course Black lives matter. Do we think our little white asses are the only ones that matter? No!” –@DollyParton on supporting the #BlackLivesMatter movement and protests.

The 74-year-old singer also spoke about how most of us ignorant, even though it isn't on purpose, bringing up how she decided to change the name of her civil war-themed dinner/entertainment venue that was formerly called the "Dixie Stampede." After learning that the term "Dixie" was associated with the Confederacy, she renamed it to "The Stampede." Parton told Billboard, "There's such a thing as innocent ignorance, and so many of us are guilty of that. When they said 'Dixie' was an offensive word, I thought, 'Well, I don't want to offend anybody. This is a business.'"

Dolly I love you but you have been misled. BLM is a MARXIST organisation. They've done alot of harrn to many & their buisness. Get educated PLEASE!
Yes ALL LIVES MATTER NO MATTER THE SKIN COLOR.

She continued, "We'll just call it The Stampede.' As soon as you realize that [something] is a problem, you should fix it. Don't be a dumba**. That's where my heart is. I would never dream of hurting anybody on purpose." The singer went on to address people who judge others, adding, "First of all, I’m not a judgmental person. I do believe we all have a right to be exactly who we are, and it is not my place to judge. All these good Christian people that are supposed to be such good Christian people, the last thing we’re supposed to do is to judge one another. God is the judge, not us. I just try to be myself. I try to let everybody else be themselves."

While emphasizing black lives at the start. She's saying, yes all lives matter but right now black men and women need equal rights. Nearly everyone else got that. It's fairly clear in her wording and the structure of it.

Parton has been helping out however she can during the pandemic by taking on the role of comforter-in-chief. Apart from reading to children and recording PSAs on washing hands, she also donated $1 million to Vanderbilt University Medical Center’s COVID-19 research fund. She believed that it was her mission to make as many people as she can feel as good as possible. "As the scripture says, To whom much is given, much is required. So I look at my life with that every day and think that God expects it of me," she says. "I expect it of myself, and I think people expect it of me. If I can be an inspiration, then I want to be that. That makes me feel good."

Bless her heart, so glad to hear her come out & speak like this. Truly! Now, if only those people in Sevier County, TN, where she is from, will listen to her words. She has supported her home county with jobs, schools with what they need and provided $$$ when disaster hit.

Social media denizens took to Twitter to applaud Parton's statement. Simon Price shared: It would be easy to dismiss Dolly Parton's views on BLM as those of a typical showbiz liberal. But coming from where she does, with the core audience she has, this took balls of steel. Also, showing that you can learn, and make adjustments, with grace, at any age. Inspirational. Amy Remeikis added: Dolly Parton is on a list of people who have never let me down. It’s a small list. Cher Lloyd posted: Just when you think you couldn’t love Dolly Parton more ... she gives you another reason. Queen, always!

Bless her heart, so glad to hear her come out & speak like this. Truly! Now, if only those people in Sevier County, TN, where she is from, will listen to her words. She has supported her home county with jobs, schools with what they need and provided $$$ when disaster hit.

However, DeAnna Lorraine felt otherwise: Dolly Parton just said she supports Black Lives Matter. My heart is literally broken. Guess it’s time to #BoycottDolly. Soon a number of people came out against Parton and used the hashtag #BoycottDolly. Lorraine went a step further and claimed: All lives matter! So, black lives are included in “All Lives.” Jeanna Kelly replied to Lorraine: You could also just stop hating Black people instead of being heartbroken over the idea that their lives matter. This received support from Kristian Winfield, who added: was just about to say this! gonna say it a different way lmao.

I knew she had fans. I knew she was blonde and well endowed, had a theme park, sang "country". I forgot I knew that she wrote "I Will Always Love You"--but that was the extent of my Dolly Parton knowledge until last night. I am now in awe of the woman and have joined her church.