Trump's poll numbers suggested that he was set to lose the election after trailing Biden in six key swing states. 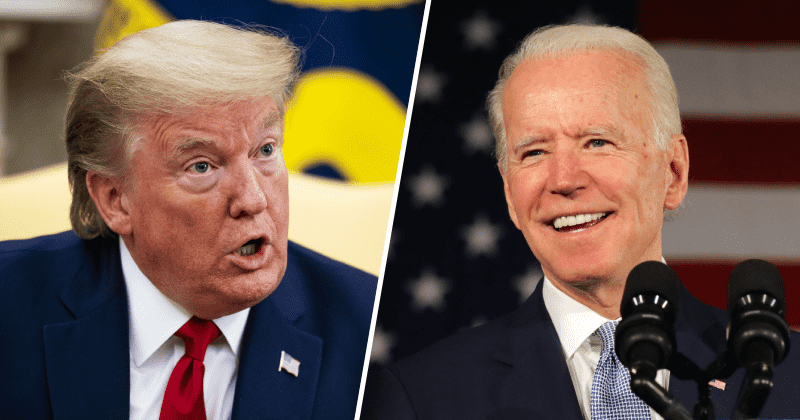 In a rare moment, Donald Trump admitted that Joe Biden is likely to become the President come elections in November. The President made the statement during a town hall hosted by Fox News' Sean Hannity. Trump had started off attacking Biden, claiming that Biden couldn't "put two sentences together," before admitting that his re-election bid was in serious jeopardy. "I don’t want to be nice or un-nice, okay? But I mean, the man can’t speak," said Trump, according to People. "And he's going to be your president 'cause some people don't love me, maybe, and you know, all I'm doing is doing my job."

Trump's observation comes on the back of recent polls showing his approval rate dropping to less than 40%. The President was also furious after learning that only 6,200 people had turned up for his much-touted post-lockdown rally at Tulsa last week. The Trump campaign had expected more than 100,000 people for Tulsa rally but was left embarrassed by the paltry numbers. A Gallup poll showed that 57% of Americans disapprove of his performance as President while 39% approved of his performance. His approval rating is his worst since January and is almost level with Presidents Jimmy Carter and George H.W. Bush at a similar time during the re-election years. Both Carter and George H.W. Bush would go on to serve just the one term.

The Fake News and phony Fake Suppression Polls have never been worse. The Lamestream Media has gone CRAZY!

The joint poll conducted by the New York Times and Siena shows former Vice President Joe Biden leading Donald Trump in six swing states, that the latter had won in the 2016 elections. Biden also opened double-digit leads in Michigan, Pennsylvania, and Wisconsin. Biden led Trump by 6 points in Florida, 7 points in Arizona, 9 points in North Carolina, 10 points in Pennsylvania, and 11 points each in Michigan and Wisconsin. A Fox News poll showed Trump trailing Biden in traditionally reliable red states as well. Trump's poll numbers have tanked since the Coronavirus outbreak and his poor handling of the Black Lives Matter protests.

Biden called Trump a "child" for his Coronavirus response. The president is "like a child who can’t believe this has happened to him — all his whining and self-pity," said Biden at a campaign event according to ABC News. "Well, this pandemic didn’t happen to him. It happened to all of us. And his job isn’t to whine about it. His job is to do something about it. To lead." The former Vice President also called out Trump for ordering officials to slow down testing. “He admitted telling people, and I quote, ‘You have to slow the testing down — slow it down, please,’” said Biden, reported The New York Times. “He thinks that finding out that more Americans are sick will make him look bad. That’s what he’s worried about — he’s worried about looking bad.” More than 128,000 Americans have died from the Coronavirus. "None of us have ever been told to slow down on testing," confirmed Dr. Anthony Fauci. "That just is a fact. In fact, we will be doing more testing... So it's the opposite. We're going to be doing more testing, not less."