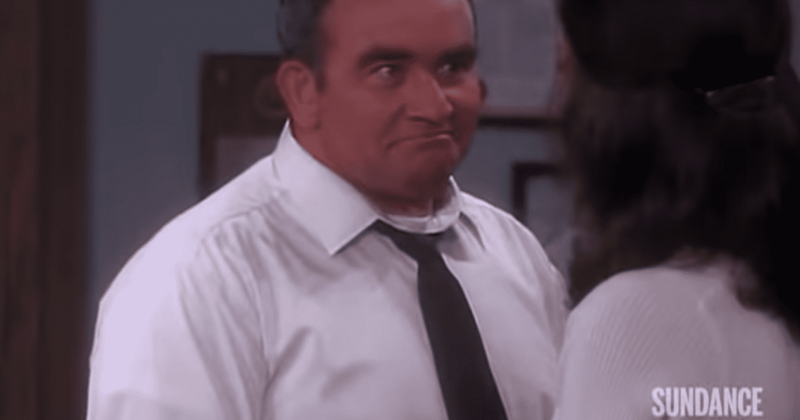 Ed Asner, who was known to millions for his tough yet lovable role of newsman Lou Grant, has tragically passed away. He was 91. The seven-time Emmy winner's publicist, Charles Sherman, confirmed the news to USA Today and revealed that he passed away in the early hours of Sunday morning surrounded by his loved ones at his home in Tarzana. His family also shared the news via a heartbreaking Twitter post. "We are sorry to say that our beloved patriarch passed away this morning peacefully. Words cannot express the sadness we feel. With a kiss on your head — Goodnight dad. We love you," it read.

Heard the great #EdAsner has passed away.
One of the greats in show bizz history.
Worked all the way till the end.
In fact he did a reading with my bro Daniel just weeks ago.

Thanks for all you taught us acting, activism & autism.

According to The Hollywood Reporter, the actor on the legendary sitcom The Mary Tyler Moore Show died of natural causes. Asner was a highly acclaimed actor who bagged three of his seven Emmy Awards in 1971, '72, and '75 for playing the role of Lou Grant, a director/producer of the WJM-TV evening news, on CBS’s hit sitcom. Then in 1978 and 1980, he took home two more of the prestigious awards after playing the same role, but this time his out-of-work character was hired as city editor of the Los Angeles Tribune newspaper on CBS’s Lou Grant.

Winning a comedy and drama Emmy for the same role on different shows was an extraordinary feat for Asner as he was one of only two actors to do so. In addition to this, the artist received Emmys for his brilliant portrayal of an embittered German immigrant in ABC popular 1976 miniseries Rich Man, Poor Man, and as for his role as the sea captain who brought Kunta Kinte to America in 1977's miniseries Roots. Later, he attracted a younger generation of fans after voicing Carl Fredricksen, a 78-year-old widower who ties his house to thousands of balloons to fulfill a lifelong dream to see the South American wilderness, for the 2009 movie Up, which was nominated for best picture at the Oscars.

Making my 1st film, Roger & Me, I was broke so I wrote to some famous people to ask for help. Only one responded: Ed Asner. “I don’t know you, kid, but here’s 500 bucks” said the note attached to the check. “Sounds like it’ll be a great film. I was an autoworker once.” R.I.P. Ed pic.twitter.com/AuGCNlyNnC

In recent years, Asner became a regular on television series like The Trials of Rosie O'Neill, Thunder Alley, Working Class, and The Bronx Zoo. He also made guest appearances in many series, like the 2012's rebooted edition of an episode in the 1975's Hawaii Five-0, where he revisited his character of a smuggler, August March. He also appeared in Dead to Me as Judy's retirement home friend Abe Rifkin. At the age of 90, he appeared in Modern Family, Blue Bloods, and Cobra Kai. Apart from his work onscreen, the seasoned actor also served two terms as the president of the  Screen Actors Guild from 1981-85. During his time, the assertive liberal often sparred with Charlton Heston, a conservative, who was head of the guild before him.

Comrade Ed Asner, heroic defender of the people of El Salvador and Nicaragua against US imperialism, former GM auto worker, president of the Screen Actors Guild, member of the Democratic Socialists of America, and an actor, has died. Red salute. pic.twitter.com/RXo3Ff1t9M

In 2002, he also received the Screen Actors Guild (SAG) Life Achievement Award and forged a place in the Television Academy Hall of Fame. He was named a THR Icon. Reflecting on his lengthy and fruitful career in his final interview with Scott Feinberg, he shared how "If it weren’t for my bad left leg, I would feel younger. I’ve got many parts that need to be bolstered and refurbished. And I haven’t got time to undergo all those changes." When asked about the things that Asner still had on his bucket list, he said, "I haven’t climbed Suribachi! No, I think just ensuring that I’ve left enough for the family."

Born in Kansas city to Russian-born parents, Asner was raised in an Orthodox Jewish household, according to USA Today. He married twice in his lifetime, first to Nancy Sykes in 1959 and to Cindy Gilmore in 1998. With Sykes, he had three children before the two divorces in 1988. While he and Gilmore separated in 2007, their divorce was not finalized until 2015, according to The New York Times. Asner had one child with his second wife. He is survived by his two daughters, Kate and Liza Asner, two sons, Charles and Matthew, and 10 grandchildren.

I wanted to post this again so people can enjoy. Love you dad. There will never be another like you. https://t.co/eTO8b1XuH6