His remains were discovered with the lower half of his body missing the next day about 1000 feet away from his house. 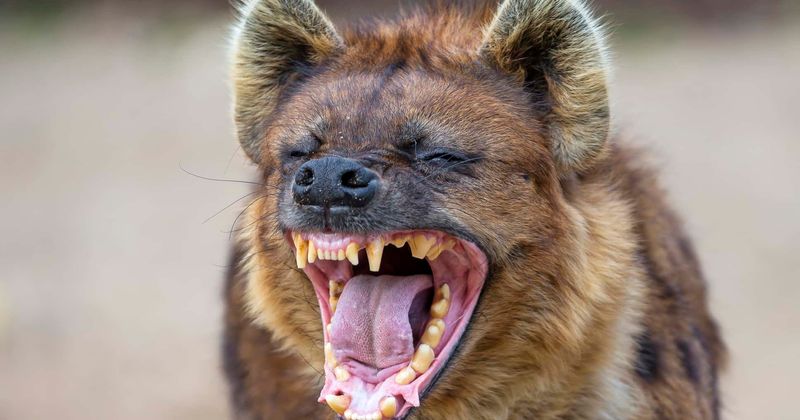 Trigger Warning: The story has graphic details of death due to animal attack that some readers may find disturbing

An elderly man in Zimbabwe was dragged out of his bed and mauled to death by a pack of hyenas on Monday last week. 87-year-old Tendai Masaka was asleep inside his mud hut in the rural region of Chirumanzu in central Zimbabwe when he was killed. A spokesperson for the  Zimbabwe Parks & Wildlife Management Authority, Tinashe Farawo put out a tweet on November 17 about the incident where he wrote: It is unfortunate that a Chirumanzu man was killed by hyenas. He was dragged from his hut while sleeping during the night. His lower body was eaten. Giving more information on the incident, Farawo added in another post: An elderly man who was killed by a pack of hyenas in Chirumanzu (87yrs) was staying alone. He was sleeping in a hut when the unfortunate incident happened.

An elderly Zimbabwe man, 87, was killed by a pack of viscous hyenas that dragged him from his bed in a wood hut and ate half of his body.https://t.co/T5Jx3wITeH

Farawo said the man's body was dragged for some 300 meters (around 1000 feet) and was later found but with the lower half of his body missing. The body also had a number of visible "drag marks and hyena tracks." He also said the same pack of hyenas were responsible for other attacks but on animals. He wrote: 6 beasts have been killed by hyenas in the same area. He added that park authorities were on a mission to eliminate the hyenas. CNN reported Maseka's body was buried two days after his death. Farawo told the channel, "This is the 60th human life lost this year alone to human-wildlife conflict." He speculated that over six hyenas could have been responsible for the man's death. Half of the incidents of human-animal conflict involved elephants and at least three involved lions, he said.

Our condolences to his family and his community.

Hyenas are known to attack humans and he noted an incident last year where two kids were killed by the animals while out picking fruit. Authorities have also asked the locals to be careful, vigilant, and on the lookout following the incident. People have been told to avoid going out at night and to keep their homes secure with all the openings. Windows and doors are to be closed all night for the time being. At least till the pack was captured or killed, instructed Farawo. So far there has been no word on the pack. "We are on the ground trying to track down the problem animals with a view to eliminating them. If we had enough resources we would have trans-located them from overpopulated areas to where there is less population," said Farawo, who added that animal attacks were frequent during the summer.

Throughout the country the hyena problem persists especially on attacking peoples livestock now if these are now going to the extent of entering a house whilst someone is sleeping, killing & consuming a human being😐. Elimination wld do...who knows wht they are targeting next

"These things normally happen at this time of year because it's the drier months where normally food and water is scarce so the animals move long distances -- and into communities -- in search of food," Farawo said. One of the reasons for the frequent man-animal conflict was mostly due to the overpopulation of animals, he added. The loss of animal habitat due to its destruction by climate change is another reason. The present pandemic has not made the situation any easier, since a major source of revenue has also been lost. Farawo said the coronavirus has seriously hit the flow of money and finance from tourism. "But tourism in 2020 is just as good as dead, which has left us without resources to fund our conservation efforts," he said.

They would only attack humans out of desperation to feed. Their natural prey has probably been eaten by desperate locals . So the cycle of life and death continues.

Vafias Hlabati, the Chirumanzu District Development Coordinator, told Bulawyo 24 that Maseka's remains were found by a villager the morning after the attack. "Fellow villagers say the now late Mr. Tendai Maseko was last seen on Monday night leaving a business center at Holy Cross where he was drinking beer. He left alone and is said to have walked home and went into his bedroom before falling asleep and being attacked by the hyenas." Police and the park officers located the body from the tracks made by the animals who dragged the man's body. Village headman Bangure said the community was shocked by the incident. "We have just buried the remains of the late Maseka, but this is the first time we have witnessed such an incident in the area," he said.

Hyenas dragged a man from his bed and mauled him to death https://t.co/MUYs2EpZM2 pic.twitter.com/tZclWGy7Hg

He added, "Everyone is in shock and wondering how the pack of hyenas managed to get into the bedroom. There is a belief that there is a pack of six hyenas and so far, they have claimed killed one person and over a dozen of livestock which include goats and some calves."