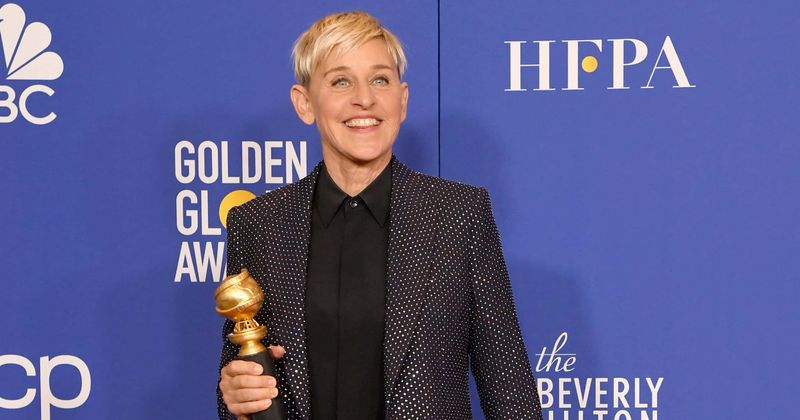 Ellen DeGeneres announced on Thursday that she has tested positive for coronavirus. The 62-year-old took to social media, writing: Hi Everyone, I want to let you all know that I tested positive for Covid-19. Fortunately, I'm feeling fine right now. Anyone who has been in close contact with me has been notified, and I am following all proper CDC guidelines. Please stay healthy and safe. Love, Ellen. A spokesperson for production company Telepictures told PEOPLE on Thursday, "Following Ellen's announcement this morning, we have paused production on the Ellen DeGeneres Show until January." The Ellen DeGeneres Show had been filming recently without an in-studio audience and with a mix of virtual and in-person celebrity guests since season 18 premiered in September.

During the show's season premiere, the comedienne addressed allegations of workplace toxicity. Before the premiere, WarnerMedia issued an internal investigation into The Ellen DeGeneres Show following numerous complaints. "As you may have heard, this summer there were accusations of a toxic work environment at our show, and then there was an investigation," she began. "I learned that things happened here that never should have happened. I take that very seriously, and I want to say I am so sorry to the people who were affected." "Being known as the 'Be Kind Lady' is a tricky position to be in," she continued. "The truth is I am that person you see on TV. I am also a lot of other things. Sometimes I get sad. I get mad. I get anxious. I get frustrated. I get impatient — and I am working on all of that. ... I am a work in progress." Three top producers — Ed Glavin, Kevin Leman, and Jonathan Norman — have parted ways with the show. DeGeneres has apologized to her staff. A source previously told PEOPLE, "Ellen is definitely a perfectionist and knows she can be difficult, but she never wanted to come across as mean-spirited. She is looking at herself to make changes."

A current employee told BuzzFeed News the show has been struggling with fewer advertisers and sponsors compared to previous years. “We’re trying to be a content house, but we have no content,” another source said. December is usually a busy month with the “12 Days of Giveaways” segments. “In a typical year, ‘12 Days of Giveaways’ is huge. We’ve basically claimed Christmas on daytime TV. When you think of Christmas on TV, you think of The Ellen Show,” a current employee said. “Everyone wants to be in the audience. Everyone wants the gifts. And so we line up all these crazy sponsors, and people love it. But this year, our ‘12 Days’ is more condensed. We don’t have as many sponsors.” The employee continued, “This feels like our make-it-or-break-it moment. This will be our biggest report card. If we pick up sponsors by the new year, then we’re cooking, we’ll be fine, and we’ll sell kindness in a bottle. But if we fail that report card, who knows.”

Ellen has had a rough year....

“[Ellen’s] not giving away these amazing trips, which were sort of the hallmark of '12 Days' over the past few years, sending audiences to amazing places. There are travel restrictions and she’s giving gifts that are appropriate for the world right now,” the source said. “Maybe it looks and feels differently, but that's not a reflection on her or the business, but that’s directly impacted by the state of the world and the kind of show that’s being done now.” The show is also struggling to book talent, according to the insider.  “For the first time, everyone was starting to ask us, ‘If you have an idea, tell us because we will listen. If you have an idea for a celeb, even if they’re not A-list or famous, we’ll take anyone who will bring us numbers and eyeballs,’” the employee said. “That’s when they started to be real with us and essentially said, ‘Give us anything because we need help.’ Our old strategy doesn’t work anymore.”

A prominent Hollywood publicist told the outlet that the show has lost its previous reputation for being genuine adding that they felt “like it lost its authenticity a long time ago." “It felt very set up. It’s a place that’s very manufactured for Scooter Braun or for Kim Kardashian’s family to say whatever they wanted,” the publicist said. “It became something manufactured as opposed to something more authentic, which it used to be. Ellen started veering towards super Hollywood years ago as opposed to being who she is, and she lost her realness along the way.”