The news was confirmed after the couple released a joint statement expressing their desire to be separated. 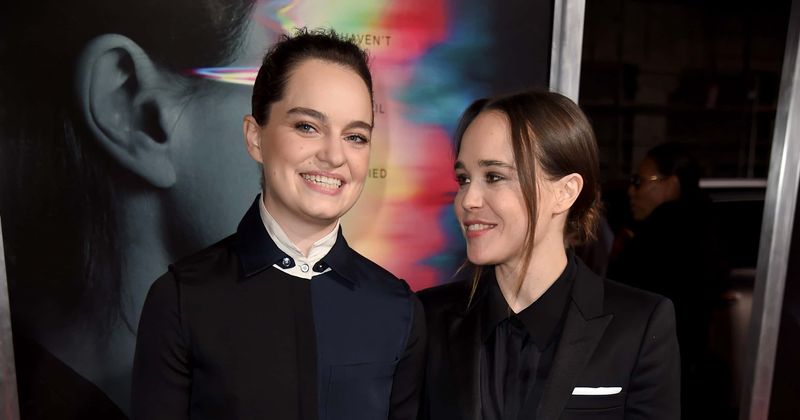 Elliot Page, the Oscar-nominated star, has filed for divorce from his wife Emma Portner. According to ABC News, a statement from the couple reads: "After much thought and careful consideration, we have made the difficult decision to divorce following our separation last summer. We have the utmost respect for each other and remain close friends." Per TMZ, Page filed the documents for the dissolution of their marriage in Manhattan. The Juno star married Portner, a dancer, and choreographer back in 2018.

Update: Elliot Page and Emma Portner have released a joint statement through their representatives, saying that the divorce comes after they separated “last summer.” https://t.co/UF95bmMOvE

The 33-year-old was in the news a few months ago after he came out as a transgender man. Addressing on Instagram, Page wrote: "I feel lucky to be writing this. To be here. To have arrived at this place in my life. I can't begin to express how remarkable it feels to finally love who I am enough to pursue my authentic self. I love that I am trans. And I love that I am queer. And the more I hold myself close and fully embrace who I am, the more I dream, the more my heart grows and the more I thrive." He also issued a rallying cry to all the trans people who are being discriminated against for the sole reason they are trans and wrote: "To all trans people who deal with harassment, self-loathing, abuse, and the threat of violence every day: I see you, I love you and I will do everything I can to change this world for the better."

The Umbrella Academy actor's friends stood in support of him with his then-wife Portner also adding a moving message on Instagram. "I am so proud of @elliotpage. Trans, queer and non-binary people are a gift to this world," she wrote. "I also ask for patience & privacy but that you join me in the fervent support of trans life every single day. Elliot’s existence is a gift in and of itself. Shine on sweet E. Love you so much." Page started his career with a regular appearance on Trailer Park Boys and Hard Candy before receiving a big break with Juno, starring alongside Michael Cera, Jason Bateman, and Jennifer Garner. He received nominations for numerous awards including a Critics' Choice Award and BAFTA. The movie made a whopping $231.4 million against an initial budget of $6.5 million.

Besides starring in the Christopher Nolan blockbuster flick Inception, Page has also been a mainstay in the X-Men series as Kitty Pride. More recently, he has been involved in Netflix's sci-fi, thriller series The Umbrella Academy as Vanya Hargreeves, a member of the seven children adopted by a billionaire industrialist to nurture and harbor their supernatural ability to save the world from doom.