Emmy Award Winner Who Went Missing 6 Months Ago, Found Dead Under Pile Of Trash Inside Own Home

"She had a full life. She was so extraordinarily talented. She was a brilliant mind ... I don't want my sister to be remembered like that ..." her sister, Ellen Brown shared. 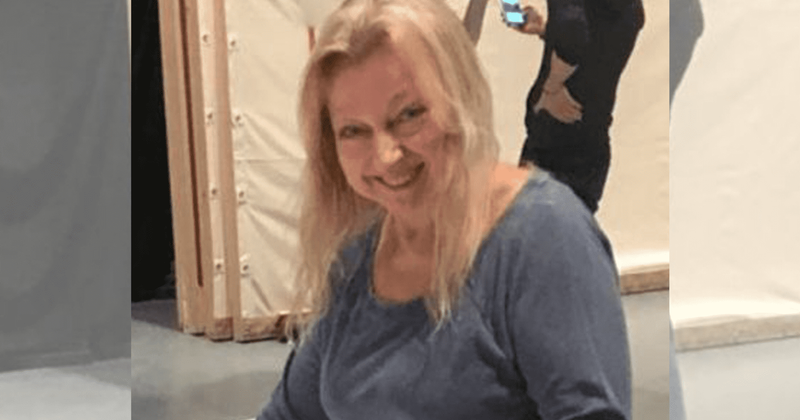 An Emmy-winning set designer, who has been missing since September, was found dead earlier this week. Evelyn Sakash's body was found on Tuesday beneath a pile of debris inside the kitchen of her home in Queens, New York, a spokesperson person for the NYPD confirmed. She was 66. Based on a statement from the Medical Examiner's officer, Sakash died of natural causes succumbing to arteriosclerotic cardiovascular disease. The police, meanwhile, confirmed that they don't suspect any criminal elements involving her death so far, PEOPLE reports.

Loved ones of Emmy-winning set designer Evelyn Sakash have spoken out after she was found dead in her home: "She had a full life. She was so extraordinarily talented." 💔https://t.co/Bpi93rKesH pic.twitter.com/OA7UcevUr4

Sakash's home, as seen on Wednesday, showed a sink filled with filthy dishes and rooms piled high with debris. There was a stench wafting from the residence. Neighbors told police that Sakash kept dogs and cats in the home. Over the course of two visits in the seven-month period, they removed four dogs and half a dozen cats from the home and sent them to an animal shelter. Sakash's body was found when her sister Ellen Brown, hired a local cleaning company to clean the house. A GoFundMe page was created by Madeline Hartling in December to raise funds for Sakash's rescue efforts. The campaign has received as much as $9,400 against a target of $10,000 so far. Now, in an update, Hartling called Sakash "a kind, loving, and generous friend" and that the family would miss her "so much".

The designer's sister spoke to New York Daily News after Sakash's passing hit the media and said she didn't want her sister to be remembered for her moments. "This is just devastating," Brown said of her sister's death. "She had a full life. She was so extraordinarily talented. She was a brilliant mind ... I don't want my sister to be remembered like that, like the way she was found." A neighbor who remembered her interactions with Sakash shared that the 66-year-old had become withdrawn in recent months and looked sick. They said she went on a downward spiral after her mother's death last April.  "I think that’s when she started to pick up more of the hoarding," the neighbor shared, claiming that hoarding was a recent peeve. "I went into her house years ago and it was normal.”

Brown, however, defended her sister even as many branded the designer a hoarder. "I don't know. This was clearly in effect for a long time," she added. "She sometimes kept people at bay. The headline says 'Queens hoarder,' but that's not who she is." She instead chose to focus on Sakash's good traits where she "helped so many of her friends." Recalling her sister's good nature, she shared: "Every one of her friends would say she was the first person to step up if someone needed help. She was so generous with people. I want all of that to be the final testament, and not that she was found in a bad condition."

An Emmy-winning production designer who was known to be a hoarder has been found dead under a pile of garbage in her New York City home. https://t.co/z078s2eF2q

Over a 30-year-career in entertainment as a product designer and set decorator, Sakash worked on a number of hit shows like Orange Is The New Black and Law & Order: Criminal Intent. She even won a Daytime Emmy For Outstanding Achievement in Art Direction/Set Decoration/Scenic Design for her work on the children’s television series Between the Lions in 2003. She was also nominated for another Emmy the following year. Apart from her work in television, Sakash is credited in more than a dozen movies including Still Alice, Mermaids, Taxi and Made in America.