trending celebrity people lifestyle news animals
Ever Seen The 'Long-Neck' Avocados? Here's Everything You Need To Know About Them

Ever Seen The 'Long-Neck' Avocados? Here's Everything You Need To Know About Them

This specific variety is called a "long neck" avocado, courtesy of Miami Fruit, who ship it across the country. 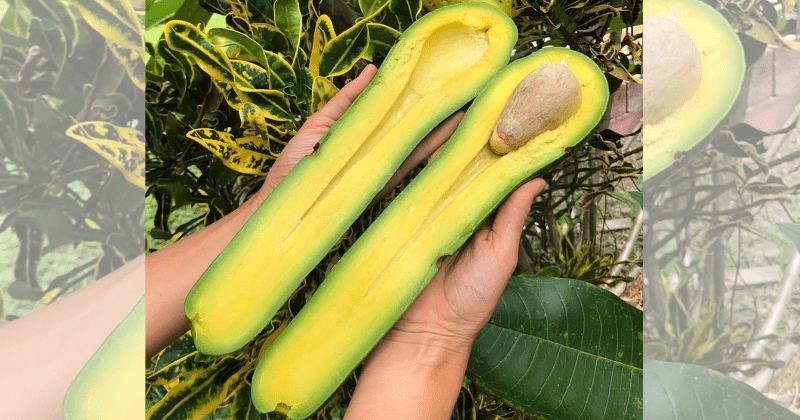 Recently, a picture of an avocado the size of a full-grown human arm went viral on the internet, garnering interest from across the United States and other parts of the world. Unlike the usual ones, this new find was hefty, with reports suggesting it was three feet long and weighed nearly three pounds, which sent food lovers all over buzzing with ideas for tons of recipes the berry could be used in. As it turns out, this specific variety is called "long neck" avocado, courtesy of Miami Fruit, a name given due to its tall neck resembling a giraffe or a brachiosaurus, reports Insider.

This naturally plants a sized seed in your brain and you're bound to be curious about the whereabouts of long neck avocados. Here's everything you need to know:

South Florida is home to dozens of unique avocado varieties that are rarely found in other parts of the country and the long necks one comes from the same region. Reports also suggest that farmers in Miami have been growing several varieties of the exotic fruit and that they are the region's best-kept secrets. The long version that went viral is called "Persea Americana Russell" or the "Pura Vida" and can be traced back to the Islamorada village in the Florida Keys.

2. They can grow over 18 inches in length

Long neck avocados are said to grow up to 18 inches long on average and in some cases go up to 3 feet with their weight ranging anywhere between 3 to 6 pounds (around 24 to 40 ounces) compared to around 0.30 pounds (six ounces) of the normal Hass variety. Also, this variety is all-natural and organic, meaning they are free of GMOs and other chemical fertilizers. A typical long neck avocado is said to be sufficient for at least 12 slices of avocado toast.

3. They take the same amount of time to ripen as regular avocados

Even though they are massive in size, the long neck ones are said to ripen just as fast as regular avocados, but with an added twist—they produce at least two to three times more fruit than their average-sized counterparts. A representative for Miami Fruit spoke to Insider and confirmed as much: "Our 'long-neck' avocados do ripen quickly, just like the regular avocados that you would find in a grocery store."

4. They can be pretty pricey

As already mentioned, long neck avocados contain up to three to six pounds of fruit and their heft brings with them a hefty price tag as well. As per Today, Miami Fruit sells them in bulk with their starting range opening at $47 for the smallest box which contains 3-6 pounds of fruit while the biggest box sells for up to $197 and weighs around 35-45 pounds. There is no standard weight for each box though as the avocados aren't uniform in size.

5. Available during August and September

The long neck avocados are seasonal fruits and are usually available during the months of August and September with Miami Fruit open to pre-orders for the upcoming season's produce, which will then be shipped to all parts of the country. California residents, however, cannot have them shipped due to an ongoing USDA regulation banning the state's import of avocados from Florida.