In multiple reports, former employees have alleged incidents of sexual harassment, racism, and ableism in the back rooms of the talk show. 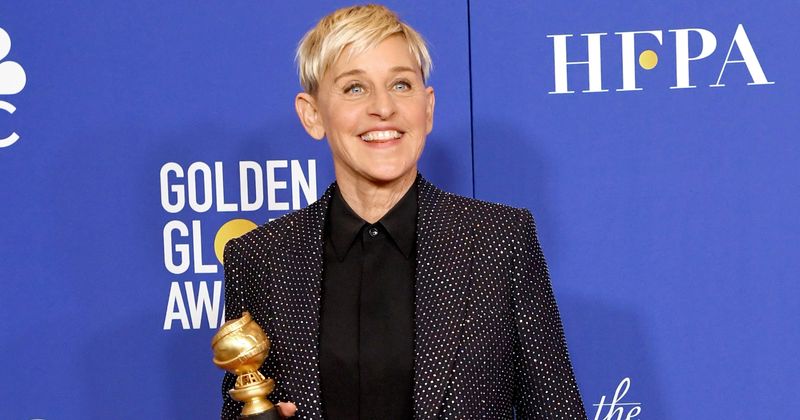 Trigger Warning: The story has details of workplace sexual harassment, assault, and racism that readers may find disturbing

Allegations of rampant sexual misconduct, assault, and racism behind the scenes of The Ellen DeGeneres Show has dimmed the shine of the much-loved talk show program that built its popularity on feel good and family-oriented content. Former staff, who worked in both lower and mid-level positions of the show, have come out with horrifying stories of harassment, intimidation, and toxic work culture. In an investigative report, Buzzfeed News spoke to former employees, who recounted sordid tales about their experiences working on the show. The report highlighted the behavior of top people on the show, such as head writer and executive producer Kevin Leman and executive producer Ed Glavin, with several employees accusing the two of gross misconduct.

One former employee said during a company party in 2013, Leman asked to give him a handjob or perform oral sex in a bathroom. Other ex-employees said they separately saw Leman grab a production assistant’s penis. Leman was allegedly seen groping a production assistant in a car and kissing his neck in an incident in 2017. Leman would also openly make sexually-explicit comments, according to nearly a dozen former employees from those in senior levels to production assistants. A former employee said, “He’d probably do it in front of 10 people and they’d laugh because ‘it’s just Kevin being Kevin,’ but if you’re in a position of power at a company, you don’t just get to touch me like that.” In a statement, Leman denied the allegations.

NEW: Dozens of men and women who work for The Ellen DeGeneres Show say sexual harassment and misconduct by executive producers runs rampant behind the scenes https://t.co/0xc2eGvdV3

"While my job as head writer is to come up with jokes — and, during that process, we can occasionally push the envelope — I’m horrified that some of my attempts at humor may have caused offense. I have always aimed to treat everyone on the staff with kindness, inclusivity and respect. In my whole time on the show, to my knowledge, I’ve never had a single HR or inter-personal complaint made about me," he said. With regards to Galvin, at least a dozens former employees said that he “had a reputation for being handsy with women,” especially in the control room. One ex-employee, who said Galvin regularly touched her in the control room, said, “You could definitely see the creep factor and the creepy touching. That was out in the open for everybody to see."

Now we have to question how much did We Ellen know about. I doubt she knew nothing

She added, "Obviously, no one wants that and no one wants to be uncomfortably touched by someone … but you didn’t want to piss them off or you would be fired, so it was just that culture of fear." Another ex-employee said, "Even though I was being abused (at work) constantly, Ed putting his arm around you in the control room was like the nicest experience you had all day, as messed up as that sounds. But you had been crying last night and now your segment is going well … and then you feel like you got credit for something from the executive producer directly. … That friendly banter accompanied by a friendly hand.” At least 47 employees the publication spoke to said that Galvin had used fear and intimidation on a daily basis.

I have never been a fan, I remember her once saying on her show how she hates negativity and can’t be around negative people. Her saying that was negative..some people have negative things going on in their lives..that spoke volumes about her character.

Another top producer, Jonathan Norman has also been accused of sexual misconduct by many former staff members. One former employee said he was groomed by Norman who attempted to perform oral sex on him. "We’re young people who were forming our careers and were unfortunately subjected to a toxic work environment as some of our first jobs out of college. And some of us were sexually harassed and that’s what was shaping our careers our first year out of school," he said. Norman denied the allegations and said that the employee had "ulterior motives for bringing down the show and has been acting with malice towards the show."

"The Ellen DeGeneres Show" is under internal investigation by Warner Media, following allegations of racism, workplace intimidation and other mistreatment made by employees.https://t.co/2PZnwHzdhO

While most of the allegations are against the show's top producers, there are many who believe Ellen herself should have taken the matter seriously. “If she wants to have her own show and have her name on the show title, she needs to be more involved to see what's going on. I think the executive producers surround her and tell her, ‘Things are going great, everybody's happy,’ and she just believes that, but it's her responsibility to go beyond that,” said one ex-employee in another Buzzfeed report. The report also highlighted the details of a Black employee who was the subject of racist comments by senior staff and that included staffers being told not to interact directly with DeGeneres. It also highlighted the story of one ex-employee who found out he no longer had a job after he checked himself into a mental health facility for a suicide attempt and took medical leave for a month.