The family from San Diego, California were returning after a two- week stay with friends in San Antonio, Texas 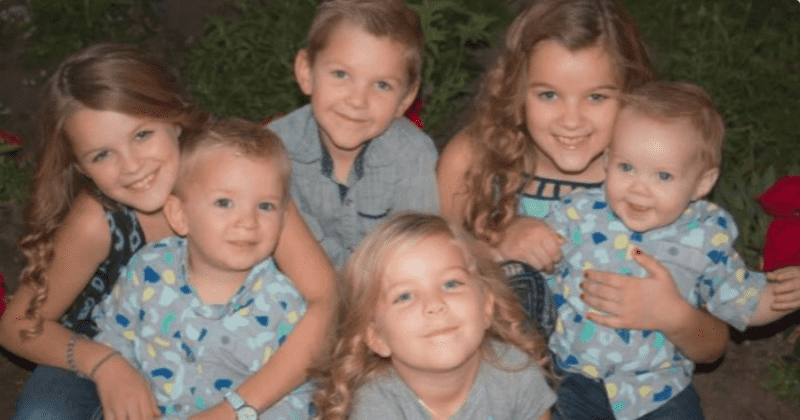 Trigger Warning: The story has details of a fatal car crash that readers may find disturbing

A family of eight from California who were returning home after a stay with friends in San Antonio, Texas, met with a horrific crash that killed two of the family's six children. Brad and Crystal Sparks and their kids were traveling back home to San Diego on July 12 after a stay of two weeks."As they drove down the pitch-dark highway in the middle of what seemed to be nowhere, a tragedy occurred, and they lost control of their vehicle," said a GoFundMe page that was started for them. The family drove a Chevy Suburban that "veered from the road and rolled multiple times in a horrific accident that landed it upside down in an area that passing cars could not see them," the page noted while adding that the vehicle "had been almost entirely crushed" and that the family was left "suspended" inside after the crash.

Calif. Family of 8 Involved in 'Horrific' Car Crash That Kills 2 of the Children​ https://t.co/mWHKW5iXfU

Brad managed to give a voice command to his Apple Watch to call 911 for help. "On July 12th, 2020 at around 12:30 a.m., the New Mexico State Police responded to a fatal single-vehicle rollover on Interstate 10 westbound at about milepost 72 near Deming," said a statement of The New Mexico Public Safety Department. Meanwhile, some of the children were able to free themselves from their seat belts, crawl out, and made their way to the side of the road and tried to get help. The parents were unable to free themselves and remained in the car for over an hour. Crystal was also seven months pregnant. Help did finally arrive in the form of "two Life Flight helicopters and six ambulances" the GoFundMe page added. But two of the couple's children could not be saved. Their daughter Bailey, 12, and Landon,10, "suffered fatal injuries and are now with the Lord."

This is really horrible that driver fatigue, falling asleep at the wheel resulted in this tragedy.

The department's statement said Bailey "was pronounced deceased on scene by the Office of the Medical Investigator, and the male later died at the hospital. The mother, along with the forty-two-year-old father and a sixteen-year-old male were all injured in the crash and transported to an area hospital for treatment of what is believed to be non-life-threatening injuries. Their current condition is not known. The remaining three passengers, a seven-year-old female, a five-year-old male, and a three-year-old male were all uninjured and transported to the hospital with their parents." Crystal was air-lifted to a hospital while Brad was removed from the mangled vehicle. The couple's other kid, Cameryn, 13, also sustained some serious injuries.

My heart stopped when I first saw the picture...then read the caption, my heart broke into pieces...may their beautiful souls rest in peace!

"Brad was left with a fractured face and a broken knee. Crystal has suffered a punctured lung, broken ribs, a broken shoulder, and a shattered foot in addition to extreme wounds on her body," the page read and added, "Cameryn suffered a broken clavicle and severe cuts all over her body. It is a miracle that six of the eight family members were able to walk away from this horrific accident. They are now beginning the slow process of recovery." Even the couple’s unborn child was miraculously saved and "appears to be healthy and is maintaining a strong heartbeat." Crystal is set to give birth to the baby in October as scheduled. Yet the pain of losing two children has been "unbearable" for the family and the "overwhelming grief is more than just about anyone could bare" according to the fundraising page

I'm so sorry to hear about such a horrific loss. 😥😥

The New Mexico Department of Public Safety further stated that the car was being driven by the mother and that the crash might have taken place "due to driver fatigue" while adding that, "The vehicle left the roadway and rolled." It also said that "Alcohol was not involved, and seatbelts were properly used. This crash remains under investigation by the New Mexico State Police." As of Thursday $219,424 of the $250,000 goal was already raised with the help of 2,200 donors. "We ask for your prayers and assistance in supporting this young and precious Godly family as they attempt to physically and emotionally recover from this unimaginable tragedy. This GoFundMe Campaign will help the Sparks with the impossible financial fallout of this fatal car accident. Your financial gift will help cover funeral costs, medical bills, grief and family counseling, vehicle replacement, daily expenses, and necessities needed to bring their new child into this world next October," the page added.