Fans Share Pictures Of Their Breasts After Cardi B Accidentally Leaks Nude: #BoobsOutForCardi 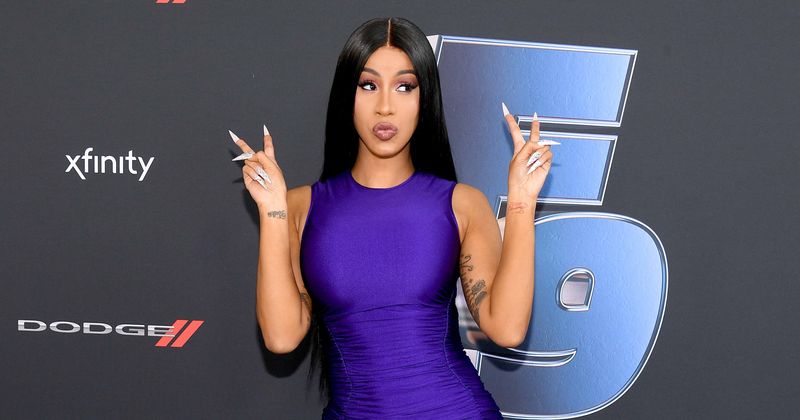 Another day, another celebrity nude leak. This time it was CardiB who accidentally posted a topless picture of herself on Instagram. She has been celebrating her 28th birthday in Las Vegas for the past few days, according to Metro UK. And even though they say what happens in Vegas stays in Vegas, what happens on the internet will, sadly, stay on the internet. She did delete the picture immediately and proceeded to explain herself on Twitter. Just last month, Avengers actor, Chris Evans also accidentally leaked a nude picture on his Instagram as well. Fans of both celebrities have been showing nothing but support for them.

Earlier this week, the WAP hitmaker shared an intimate picture of herself on Instagram stories to her 77 million followers. After taking it down, she addressed the blunder through a voice note on Twitter. "Lord, why the f*** you have to make me so f**ing stupid and r******? Why, why, why?" she berated herself, although she could have chosen better words to explain her frustration. But then she decided to take things in stride since she had deleted the image and taken responsibility for it. She decided to move past the incident even as her picture was being circulated on social media.

She continued, "You know what, I’m not going to beat myself up about it. I’m just going to eat my breakfast and then I’m going to go to the party. I am not going to think about it… No, I won’t. It is what it is. S*** happened. F*** it, it’s not even the first time. I used to be a stripper so whatever. Ay, Dios Mio.” Despite handling it as well as she did, it did not stop the internet trolls from steering it in a negative direction. But several women and fans did not allow it to stay that way for too long and decided to storm Twitter with pictures of their own breasts with the hashtag, "Boobs Out For Cardi."

Many of the supportive tweets were shared along with nudes but many were not. Even men shared pictures of themselves shirtless in solidarity. Cardi retweeted many of these tweets in appreciation of the support social media users showed her. She later took to Instagram to share how her birthday bash was going as planned. In the caption, she wrote: I’m still processing all the love I got on my Birthday! It was really a beautiful night! Here’s a sneak peek, more pictures and videos to come! Thank you, Playboy, for helping to make it super special!

A follower commented on the post asking Cardi B, “Why yo areolas so big?” The rapper decided to respond to this comment and said, "Cause I breastfeed a baby for three months. T**ties gotta bigger so nipples got bigger," and added, “It’s okay let me know if your daddy wanna get breastfed.” She had her daughter, Kulture, with her currently estranged husband, Offset two years ago. She has now filed for a divorce and according to Vanity Fair, she said, “I didn't wait until he cheated on me again. I didn't wait [for] another controversy with him being involved. I decided to leave. If I wanted to stay, I could have stayed. I decided to leave.”

The incident also brought to light how differently a woman is treated for leaked nudes than a man. One Twitter user wrote: just a few weeks ago people were thirsting over Chris Evans penis but now everyone’s hyper analyzing cardi b’s nipple. right. right. It was only a few weeks ago that people appreciated the internet's kind reaction to Evan's mistake, reminding them to be just as accommodating if and when it happened to a woman. A Reddit user pointed out these double standards when female actors had their nudes leaked, particularly the harsh critique Jennifer Lawrence faced.

The user wrote, "I’m hoping that the change in the reaction between the two celebrities is because we, as a society, are learning and doing better, and not because of double standards, but I really can’t tell and don’t want to see another celebrity nude leak from any gender happen to find out." They stand corrected after this incident.

Remember when Chris Evans nudes leaked and the internet collectively gathered together not only erase the images from social media, but to condemn the practice of sharing people nudes, only a few weeks ago?

So...wahpm to Cardi B????? Why everybody a repost her nudes?

They're are thousands of tweets body shaming cardi. But when it was Chris everyone was saying to not spread it and respect his privacy....