Nicole Kidman and Javier Bardem were announced as the lead cast, and fans are unhappy 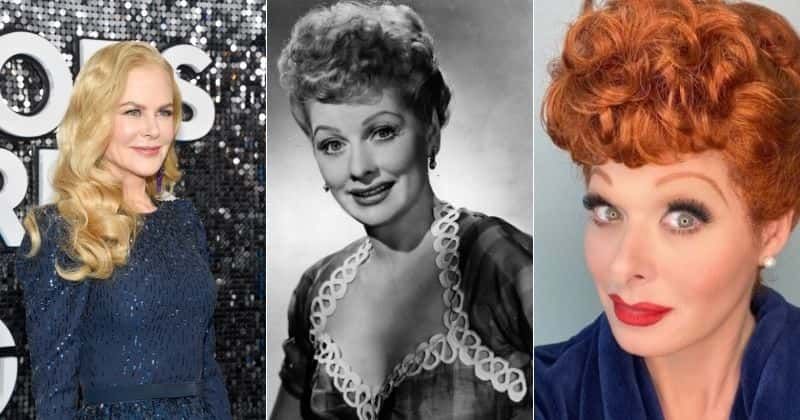 Fans of the iconic Hollywood pair, Lucille Ball and Desi Arnaz were overjoyed when news of a movie on their on-and off-screen life was announced. But when Nicole Kidman and Javier Bardem were announced to play the lead, fans were not happy and took to Twitter to voice their grievances. The yet-to-be-released film titled Being The Ricardos is set to be written and directed by Aaron Sorkin for Amazon Studio and Escape Artists. Fans were not pleased that Kidman was cast as Ball. While no one will argue that Kidman is a powerhouse of an actor who would do justice to the role, they pointed out that Debra Messing of Will & Grace fame was far better suited for this particular role. This could also be because Messing had already portrayed Ball's role in an episode of the hit sitcom.

Many pointed out how similar she looked to Ball in the episode. One disgruntled fan, Lizet Zayas wrote on Twitter: OMG this is so obvious! I love Nicole Kidman but this role is for Debra Messing!. Her adventurous energy, beauty, and comedian spirit is the twin soul of Lucy Ball. What a blow if Aaron doesn't choose her. @DebraMessing
@RealAaronSorkin. Another fan named LeAndriCaroline tagged Messing and added: can you please play Lucy Ball!!?...you are perfect to play her. It would be the best thing EVER!! Marmite68 stated while she had nothing against Kidman, she noted: Messing would be perfect!! In looks, in her disposition, in her light-hearted humor, I'd absolutely watch that!! Nicole Kidman as Lucy? I'm sure she's a lovely person but no. Not a chance.

AndrewRei15 further rallied around the growing call for Messing to be cast as Ball and wrote: WTF is wrong with these "Hollywood types"? Come on! Debra Messing is THE choice to play Lucille Ball. Javier Bardem can probably pull of Desi, but no one else can play Lucy better than Debra. KimberlyKnudson added to this clarion call: Nothing against Nicole Kidman, she’s a fine actress. But she’s not a comedic actress. They need to pick up the phone right NOW and call @DebraMessing
immediately! She’s the ONLY woman for the job.

Messing has spoken about playing Ball in an interview with Variety. She met Ball's daughter Lucie Arnaz during the filming of the set and spoke about the moment fondly. "I was in the green dress."

💯 agreed! She would be a perfect choice! She can be funny, serious and her overall demeanor is very Lucille like! I do not see Nicole Kidman as Lucille. A very wrong choice!

She added, "We were about to shoot the song and dance [number] and she walked in and she just looked at me and didn’t say anything. Then she hugged me and she said, 'This feels really good. It’s been a long time since I’ve hugged you,' and everyone started to cry. And then she smiled and she said, 'I know how long you’ve been wanting to do this, Debra. And I’m so glad we were able to make it happen.' And then I had to go [to the stage]. As I walked away, she said, 'Break a leg, Mom.' Everybody just flipped out and cried. It was really moving." Messing added,  "Like 15 years ago people would say, 'Hey, do you want to do like a made for TV movie or something?' And I always felt like, 'Oh, I would not even touch that. Like she is untouchable.' But the fact that it was 'Will & Grace' doing it … it just felt like the perfect way."

Ummmmmm, I changed my mind. 😜 https://t.co/qHCncU4DdN

Messing said she was not entirely averse to portraying the role of Ball on the big screen. When one fan tagged Messing about this possibility, she said she was "available" and that she had "changed her mind"  in another post. But Lucie Arnaz put all speculation to rest when she said that "it's a done deal" and that she was happy with the casting.