Father Punches, Drowns, And Sets 5-Yr-Old Daughter On Fire Suspecting She Was Bewitched

Adam Raymond Mason, 29, has been charged for the incident that occurred in Oklahoma. 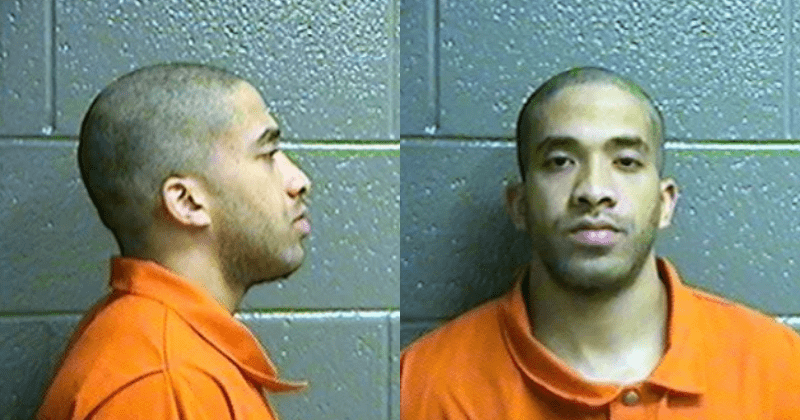 A father has been charged after he brutally punched, drowned, set his five-year-old daughter on fire because he thought she was under the influence of witchcraft. Adam Raymond Mason, from Bristow, Oklahoma, has been charged on Friday, August 28 with the murder of his daughter, according to The Sun. US Attorney Trent Shores, who has taken the case, has said the 29-year-old father has now been charged with first-degree murder in Indian County. "This is heartbreaking," Shores said. "The alleged victim was set to start kindergarten next week." Determined to get justice for the little girl, he added: "Now, it is time for our criminal justice system to go to work. The FBI, ATF, Creek County Sheriff’s Office, and Muscogee (Creek) Nation Lighthorse Tribal Police will continue their joint investigation."

Dad 'punched, drowned and burned body of his daughter because he believed she was controlled by witchcraft' https://t.co/BkzibfsZUt

Sharing details of how the case will be approached, the attorney said: "Assistant US Attorney Ryan Roberts and I will prosecute the case to the fullest extent of the law and seek to prove to a jury the defendant’s guilt beyond a reasonable doubt. In the meantime, my team of victim specialists will work closely with the surviving family to ensure they are connected with appropriate resources as this case proceeds in federal court."

The federal complaint filed against Mason reveals that he "punched, drowned, and then burned the body of his five-year-old daughter because he believed she was being controlled by witchcraft," prosecutors said in court. Meanwhile, the police confirmed that Mason had admitted to burning his daughter's body on a creek bed in Oklahoma.

AN Oklahoma dad was arrested after his daughter’s body was found badly burned and dumped in a creek,
Adam Mason was arrested in Creek County.
five-year-old girl had been found dead and burned, according to local reports.
The girl's identity and cause of death is still ongoing. pic.twitter.com/ybgDWo5AtD

The incident reportedly took place between August 25 and August 26 and came to light after the child's mother called Creek County deputies to check on her daughter on August 26th. She suspected something was off because Mason refused to allow her to talk to her child. When the police arrived at Mason's residence to check on the girl,  they found her dead with the father escaping from the scene. The deputies, however, were able to locate Mason around a mile west of the home and arrested him. The news has horrified people on social media, with many wondering how a father could do something like this to his daughter.

In a similar incident, a father of a 15-year-old girl in Union County, North Carolina,  walked into a police station and surrendered himself after he killed his daughter. Deputies of the Union County Sherrif's office were left dumbfounded when Joshua Burgess told them that he wanted to turn himself in for the crime. He confessed to the police that he killed his daughter, Zaria Burgess, inside his home at Wesley Chapel. Burgess was a first time offender and when officers insisted that they look his name up in the system, he calmly told them that they would not find him, according to a WSOCTV report.

Zaria was on a visit to Burgess' home that weekend when he killed her. Burgess has since been booked for first-degree murder and is being held without bond at the Union County. When investigators reached Burgess' home at Hampton Meadows Road, they found her body as described by him. The details of the crime were described in court and people who were present during the hearing let out a collective gasp at hearing what Burgess had done. According to officers, Zaria was strangled by her father, after which he proceeded to slit her throat. However, the reason for the crime was not given. A number of other details of the crime that were rather disturbing were also released by Sheriff Eddie Cathey, when Burgess made his first appearance in court.

Dad ‘punched, drowned and burned body of his daughter, 5, because he believed she was controlled by witchcraft’ https://t.co/qZdLTfAaBf