She was found contradicting the President publicly on many occasions, including championing CDC advice which Trump ignored. 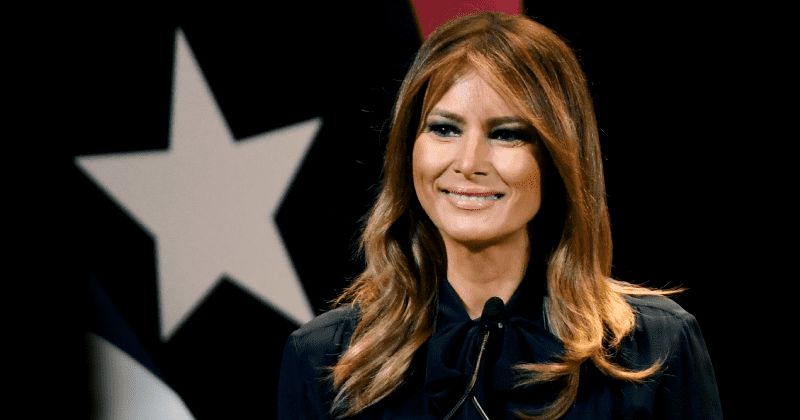 When Melania Trump tied the knot with Donald Trump in 2005, the last thing she expected was to become the first lady of the United States. At the time, Trump didn't harbor any political ambitions, let alone become the President of the United States. More than a decade later, Trump became President and Melania the first lady. According to a body language expert, it wasn't a role that Melania Trump was ready to embrace because she was incapable of hiding "her fake smiles well," according to Express.

Melania Trump's awkward smiles while wearing shades caused many to speculate that Melania Trump was using a body double to fill in for her. It caused #FakeMelania to trend quite a few times during her stint at the White House. The latest instance of Melania not being able to smile properly was when Trump and the first lady visited Saint John Paul II Shrine at the Catholic University of America in Washington DC on Tuesday, June 2. While Trump flashed a huge smile, Melania remained grim-faced. As shutterbugs clicked away, Trump could be mouthing he to smile. She attempts to without really succeeding and then returns to wearing a stony expression.

Body language expert Darren Stanton claimed that Melania was hesitant to fill in the role of the FLOTUS and take ownership of all the responsibilities that came with it. "It was clear from the outset, this was not going to be a role Melania was going to embrace. Over her time in the White House, I have seen Melania openly demonstrate signs of disdain and contempt at times," said Stanton.

A reminder of some practical ways to keep our families safe and healthy. pic.twitter.com/vLWGMLgXFD

Being in the limelight was no issue for Melania as she was a model but she was apprehensive about what was expected from the first lady. She would be tasked with hosting many events including state dinners and holiday celebrations at the White House. Every first lady tends to start a campaign that they closely relate to. Melania Trump launched the 'Be Best' campaign, which focuses on the wellbeing of children, including fighting cyber-bullying. Melania still found it hard to step into the role and Darren Stanton believes it reflected on her expressions and body language.

On the 2nd anniversary of my #BeBest initiative, I joined @jennhortonmi & her 1st grade class for their weekly Zoom call. I loved hearing about the students Social Emotional Learning curriculum and how each student is applying compassion and kindness to their daily lives! pic.twitter.com/TdBXiL87Qh

However, Stanton believes Melania grew into her role as a first lady. After almost three-and-a-half years at the White House, Melania has become more confident in her role and has started expressing herself. "Melania is not one that can hide her fake smiles well," Santon said. "You can always tell a fake smile because only half the face is engaged and regardless of age you will always see crows' feet at the sides of the face. Recent photos capture genuine happiness and Melania is clearly happy."

Melania's hands-on role has proved troublesome for the President with the first lady contradicting Trump publicly. One glaring occasion was when Melania disagreed with Trump on the issue of wearing masks. Melania backed the CDC's advice to wear masks while refused to tell people to wear face coverings or even wear one for that matter. Even after two White House staffers, including a chauffeur who served his food, got Coronavirus, Trump was adamant about not wearing masks. Many speculated that Trump saw it as a sign of weakness. "I just don't want to wear one myself. It's a recommendation. I am feeling good," said Donald Trump, reported ABC News. "I just don't want to be doing — I don't know, somehow sitting in the Oval Office behind that beautiful Resolute Desk, the great Resolute Desk, I think wearing a face mask as I greet presidents, prime ministers, dictators, kings, queens. I don't know, somehow, I don't see it for myself."

Melania Trump tweeted a photo of herself wearing a mask and wrote: As the CDC studies the spread of Coronavirus, they recommend people wear cloth face coverings in public settings when social distancing can be hard to do. Remember, this does NOT replace the importance of social distancing. She also posted a video encouraging people to follow the CDC's guidelines.