Looking to build a night garden? These flowers should be on top of your list. 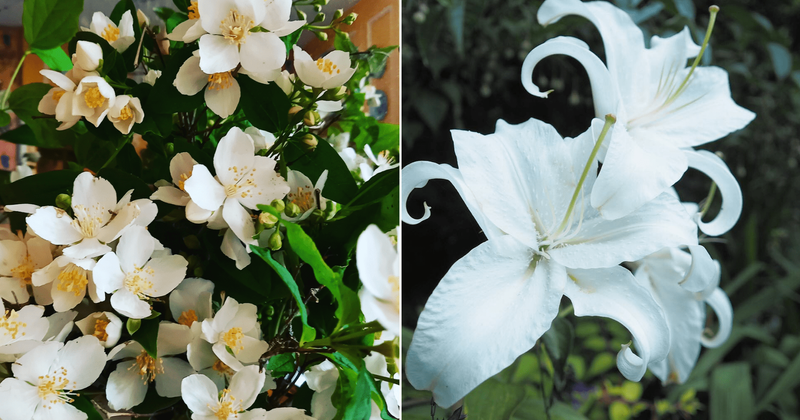 Summer is soon approaching after what felt like ages so if you have an idea to start on an outdoor garden, now is the time to head to the garage and take out your shovels. If you are already ahead in the process, here's something we want you to consider ―Night Garden. To clear things up better, what we're suggesting is you start planting flowers that only bloom at night and set up a ravishing night garden as an aside to the typical garden you've grown used to thus far. What could these flowers be you're wondering? Well, here they go.

Moonflower plants are a mainstay in sub-tropical climates but since the sun will be up and kicking for the next few months and winter blues are some distance away, you can plant them in your night garden. BHG dubs them "one of the most romantic plants" you can grow in your garden as their large trumpet-shaped flowers begin to unfurl in the evening and stay open till the sun rises back in. There are many types of moonflowers that give off a lemony fragrance when the flowers are open. To grow them, you can either plant them on the ground or on large containers where they can get ample sun during the day and provide them with plenty of water to get the best blooms.

Although evening primroses were cultivated for their delectable roots, they have now become a go-to option for gardeners due to their gorgeous flowers. Scientifically named Oenothera, the primroses are a thing of beauty and display large goblet-like flowers in white, pink, or yellow, all of which bloom with four petals. The evening in their name comes because they flourish towards the twilight hours and remain open till mid-morning the next day. Per GardenersPath, evening primroses grow well in well-drained soil and can tolerate high pH levels. While they are known to do alright in poor soil, they thrive massively in soil manured with organic matter.

Mock oranges are known to be one of the most fragrant flowers out there and contain a sweet scent. They sport oval, serrated, dark green leaves and feature showy, cup-shaped, four-petaled flowers in the late spring and early summer that stretch roughly 1 to 2 inches across. According to The Spruce, the flowers resemble orange blossoms, a characteristic that leads to its name. They are rich with nectar that attracts butterflies and other pollinators. While they grow their best in organically rich soil, they can also do well in a wide range of soils such as sandy, clay, or loamy soils, provided they have good drainage.

Although known as night-blooming jasmines, the jessamines are the lady-of-the-night as they bloom when the sun sets. According to GardeningKnowHow, "Jessamine plants are oftentimes referred to as jasmines because of their highly fragrant flowers and because their names are so similar. Like jasmine, jessamine plants can be shrubs or vines. Night-blooming jessamine is a tropical, evergreen shrub." They grow well under the sun or in partial shade with little blooms when there is no sun.  They are not particular to any type of soil but need to be watered regularly to express their fragrance with the world.

Casa Blanca Lilies are a standout even when they are up against the best-looking and most fragrant flowers out there. The flowers are pure, gleaming white, are delicately flocked such that they add richness and texture. They flourish on well-drained cool soil provided they get at least 6-8 hours of sunlight every day.