'Fixer Upper' Is Coming Back. Chip and Joanna Tease Reboot, Say They "Kind Of Missed It."

The pair had quit 'Fixer Upper' in 2017 after 5 seasons of resounding success to pay attention to the needs of their family. 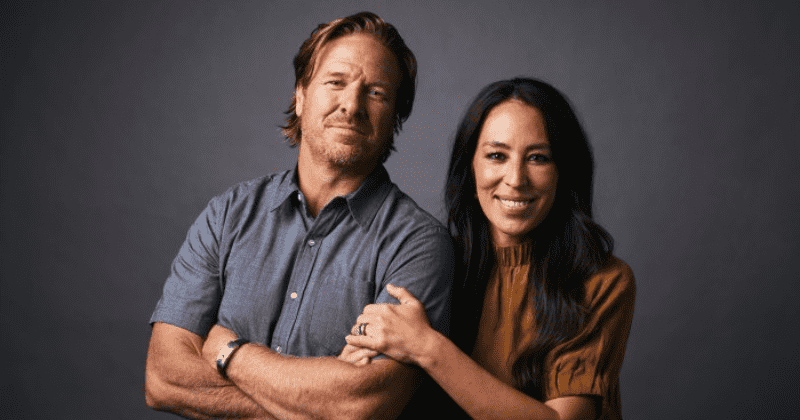 Fixer Upper is back! Chip and Joanna Gaines have announced that they are returning to TV with a reboot of the classic show on home renovation. The couple also announced the official launch of their own TV network — Magnolia. The TV network will be launched in 2021 on the new Discovery+ streaming service. Chip surprised Joanna with the reboot in a cute video that was posted online. The reboot is titled Fixer Upper: Welcome Home and will feature the power couple, reported TODAY. The show Fixer Upper had made them household names. The pair had walked away from Fixer Upper after five seasons, in 2017 with the last season airing in 2018. The pair said it "wasn’t an easy decision" to walk away from the HGTV show but they needed to focus on their family needs. The couple has four children Drake, Ella, Duke, and Emmie Kay, and wanted to protect them. "They’re so young, and we want to give them the chance to have a normal childhood," said Joanna, according to PEOPLE. "Family is the most important thing in the world."

The couple initially announced several of the network's shows in an Instagram post. In one of the videos, Chip drives Joanna to a new location and tells her that he has a surprise for her. Joanna is curious but not too upbeat about it until he stops the car in front of a home that needs renovation. "What did you do, Chip?" Joanna asks her husband in the trailer. "I signed us up for another season of Fixer Upper," Chip responds, smiling at her. Joanna then reveals she's always wanted to. "Are you serious?" she questions, before adding, "I kind of missed it." They look at each other longingly before he grabs his toolbox and they toast their new adventure. "Let’s do it!" said Joanna.

Some of the trailers of the other shows to be featured on Magnolia Network include Restoration Road, The Fieldhouse, The Eduardo Garcia Project, The Lost Kitchen, and Growing Floret. The shows will cater to a wide audience. "You'll be able to watch the entire first season of my cooking show, new episodes of Fixer Upper: Welcome Home, and the first episodes of ten original series. This has been a labor of love, and we can't wait for you to watch—stay tuned!" wrote Joanna in an Instagram post. The couple had first announced they were starting their own new TV network and multiplatform media company in April 2019 and revealed they would be partnering with Discovery, Inc for the project. "Our intention with this network is to create and curate content that inspires, encourages, and helps to build bridges across our communities. We want honest, authentic programming that brings families together," they wrote in a statement at the time. The Magnolia Network was set to launch in October but was postponed due to the coronavirus pandemic.

"The day we wrapped our final episode of ‘Fixer Upper,’ we really believed it was a chapter closed," said Chip and Joanna shared in a statement, reported Fox News. "We knew we needed a break and a moment to catch our breath. But we also knew we weren’t done dreaming about ways to make old things new again. These past few years, we’ve continued tackling renovations and projects, doing the work we’re passionate about, but I don’t think either of us anticipated how the show would become such a permanent fixture in our hearts. We’ve missed sharing the stories of these families and their homes with you, and we’re excited to do that again very soon!" the couple concluded.