Nurse Who Spent Sleepless Nights Saving Lives Found Dead In His Car. He Was 'A Loving Man'

William Coddington had expressed a feeling of isolation and stress at work. He had a prior drug problem which his family and friends said must have been aggravated due to the chaos. 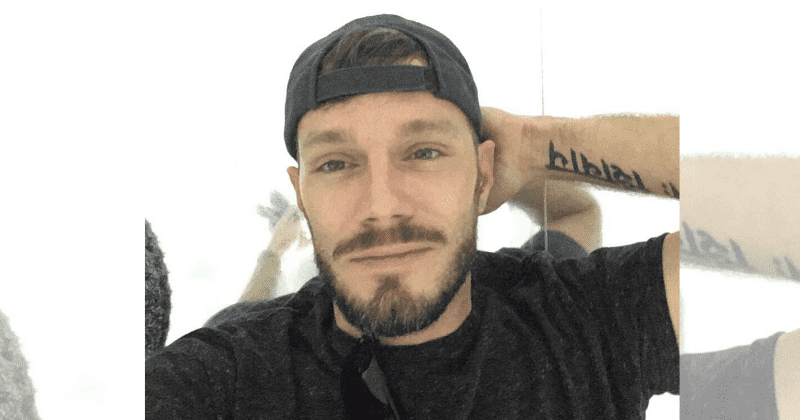 A nurse who was at the forefront of the coronavirus fight at a hospital in Florida was found dead in his car one morning, last month, possibly due to drug overdose. His best friend and family members said William Coddington, 32 who worked at JFK Medical Center in Atlantis (north campus) was overcome with isolation and was overwhelmed with the number of patients who were being admitted to the hospital on a daily basis. Coddington had had problems with drugs for over a decade but was taking medical help and counseling for the same and things were on the upswing. However, the pandemic and the pressure that came with it at work and depression he felt, might have led him to fall back on drugs leading to fatal consequences. He had suffered an overdose before in 2017 and had to be admitted to a hospital reports Reuters.

Becoming a nurse in 2018 was a dream come true for William Coddington. But in March, as fatally ill COVID-19 patients began showing up in his intensive care unit, the emotional strain was taking a toll on the 32-year-old https://t.co/ykSd35efmF pic.twitter.com/YvB4JWfeqJ

Coddington himself volunteered to serve in the coronavirus unit of his workplace since he was young and also did not have a family with kids. However, it seems like he got more than he bargained for because the number of patients coming in every day clearly rattled him and affected him deeply. He saw a lot of them who were his age die and this shook him further. An incident at work a few days before his death frightened him. While he was helping a patient during an intubation, his face shield fell off. Intubation is a process whereby tubes are put into patients’ airways to assist in breathing. “He literally felt things splash on his face,” said Ronald, Coddington's father.  In a Facebook post, Coddington had also highlighted the shortages of medical equipment like masks and gowns.

Nurse Working on Frontlines of Coronavirus Pandemic Found Dead in His Car: He Was 'a Loving Man' https://t.co/HVQcWjcLcC

His family also suspects that he suffered from social isolation due to the pandemic. For a person who loved to be around people this was sort of a slow death blow. He could not meet his friends or attend the 12-step meetings he attended to stay sober. A virtual meeting was not helpful, he told his mother, Carolyn. He and his mother lived together.  “He couldn’t meet with his sponsor. And his friends, nobody wanted to see him because he worked in a hospital, not even to sit 6 feet apart,” she said. His mother noticed him retreating into a shell. He spoke little and would end up always playing video games in his room. Coddington loved to do impressions and one of them was a Southern accent which always made his mother laugh. In the weeks before his death he stopped this. Another friend named Alexander Skye, of Sunrise, said she noticed the change too. “It was despair ... creeping in.” she said.

Florida nurse found dead in his car hours after telling his friend he was struggling to cope with the pandemic https://t.co/YCPZ3DBNT6

On the night of April 24, he came home but had an argument with his mother. They made up but he said he would stay at a hotel for a good night’s sleep. He kissed her before leaving and he assured her she could track his location with her phone. That same evening the called Marks talked about feeling trapped and cooped at home and spoke about the chaos and confusion at work. “I couldn’t stop thinking about him because of how upset he sounded,” Marks said. He sent Coddington $20 through Apple Pay to buy himself coffee before his shift the next day. His friend did not respond. Carolyn checked her son's location the next morning but he was not at the hospital.  She drove to the hotel and found him dead in his car near the parking lot. Ronald said the police had obtained a video, from a hotel security footage that showed Coddington sitting in his car the night before his death.

"There's probably going to be people who develop psychological disorders, like depression and anxiety and post-traumatic stress disorder," said Dr. Joshua Morganstein, Chair of the APA Committee on the Psychiatric Dimensions of Disaster. https://t.co/SaKPHqEvGp

Another car pulls briefly alongside and there is “some kind of exchange” between his son and the man in the other vehicle. He suspects it was a drug dealer. The toxicology reports are expected to arrive in a few weeks. “Do I think he wanted to die that night? 100% no. I would bet every dollar I have that it was in an effort to have some relief,” Marks said. Across the country and the world medical facilities are being tested to the limits due to the pandemic. Experts have said frontline workers are being overworked and overwhelmed leading to aggravation of mental health problems and other prior mental ailments.