The news came to light after a father and her teenage daughter alleged that Patrick Rose assaulted her. 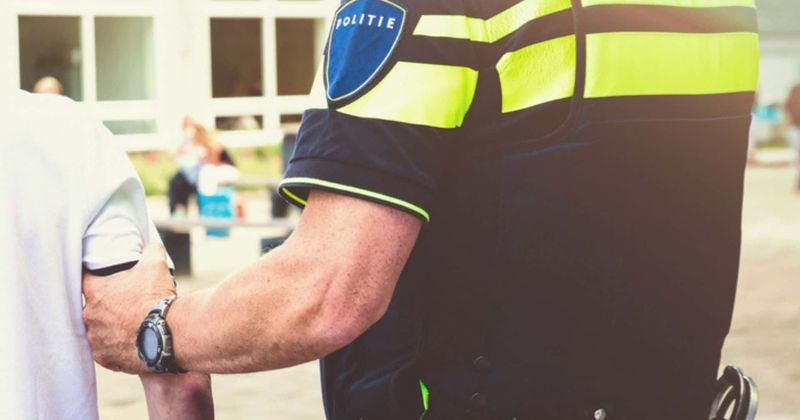 What happens when an officer who swore to protect and serve citizens turns into a child predator? Well, nothing really. At least that's what we have gathered from Patrick Rose's case, the man who was a former president of the Boston Police Patrolmen's Association. Patrick Rose Sr., 66, was first charged in August 2020 when a father and his teenage daughter allegedly claimed that the ex-police officer repeatedly molested her between the ages of 7 to 12. Weeks later, at least five more people came forward to accuse Rose of molesting them when they were young children, Boston Globe reports.

For years, the Boston police kept a secret: the patrolmen's union president was an alleged child molester.

Patrick Rose kept his badge and ascended to power in the police union.

He went on to allegedly molest five other children. https://t.co/04rZEyJJq3

His alleged conduct was known within the department but they chose to do nothing about it and he went on to become the president of the union. The first instance of Rose's alleged abuse was when the Boston Police Department filed a criminal complaint against Rose for sexual assault on a 12-year-old child in 1995. The complaint was later dropped even though an internal investigation concluded that he likely committed the crime. But, rather than face consequences for his actions, he was allowed to stay on the force and even sent to respond to cases involving children. When the news became public and the media demanded to see records pertaining to the 1995 case, the department refused to do so.

Boston Mayor Kim Janey said the case of Patrick Rose, a former Boston police officer, and union chief charged with molesting multiple children would be the first task for her newly created Office of Police Accountability and Transparency. https://t.co/mUWIxUGs3b

Soon after the report arrived, Rose was arrested on a total of 33 charges involving six alleged victims and is being held on $200,000 cash bail. William J. Keefe, his attorney, issued a statement on his client's behalf and said: "My client maintains his innocence to all of the charges that have been brought against him and he maintains his innocence to what was alleged to have transpired back in 1995." The Boston Police Department meanwhile were not so forthcoming as it issued a statement saying it was legally prohibited from responding to "the facts and circumstances of the 1995 investigation of these horrific allegations." “The investigation into the allegations against Patrick Rose faced significant evidentiary and proof issues that ultimately made it impossible for the district attorney’s office to sustain a conviction and for the department to levy the appropriate discipline," it said.

A Globe investigation found that the Boston Police Department in 1995 filed a criminal complaint against Rose for sexual assault on a 12-year-old.

But he remained on patrol for another 21 years. https://t.co/04rZEyJJq3

Rachel Rollins, Suffolk District Attorney, issued a statement saying she was deeply troubled to hear that Boston Police didn't sufficiently discipline Rose's alleged conduct or deny him access to cases involving children. "The allegations from decades ago are an example of how systems can fail people," she said, while Acting Mayor Kim Janey is promising more transparency with the case. "It is appalling that there was a documented history of alleged child sexual abuse, yet this individual was able to serve out his career as an officer and eventually become the head of the patrolmen’s union for several years," she said in a statement. "Under no circumstance will crimes of this nature be tolerated under my administration, and we will not turn a blind eye to injustices as they arise." Boston Police has come under intense scrutiny as a former employee has thrown shade at the department for protecting officers from accountability, particularly if they are White.

Rose being tagged as a child sexual abuser was news to the public when he was arrested and charged last summer.

But it wasn’t news to the Boston Police Department where Rose served for two decades as a patrolman. https://t.co/04rZEyJJq3

Willie Bradley, a retired deputy superintendent, who is Black and a lecturer and professor at many local colleges, spoke to The Globe and said: "The police department’s refusal to actually deal with this issue is a direct contributor to what happened. It would have been out there and people would have been aware of it, but they hid it," he accused. According to NBC Boston, the department is still dilly-dallying around the release of documents relating to the 1995 case. Reportedly, the office said it will release the documents on Friday, however, it sent an update saying the documents couldn't be sent until Tuesday.

Every single person who allowed this predator to continue to assault children for decades needs to be held to account. ALL OF THEM.